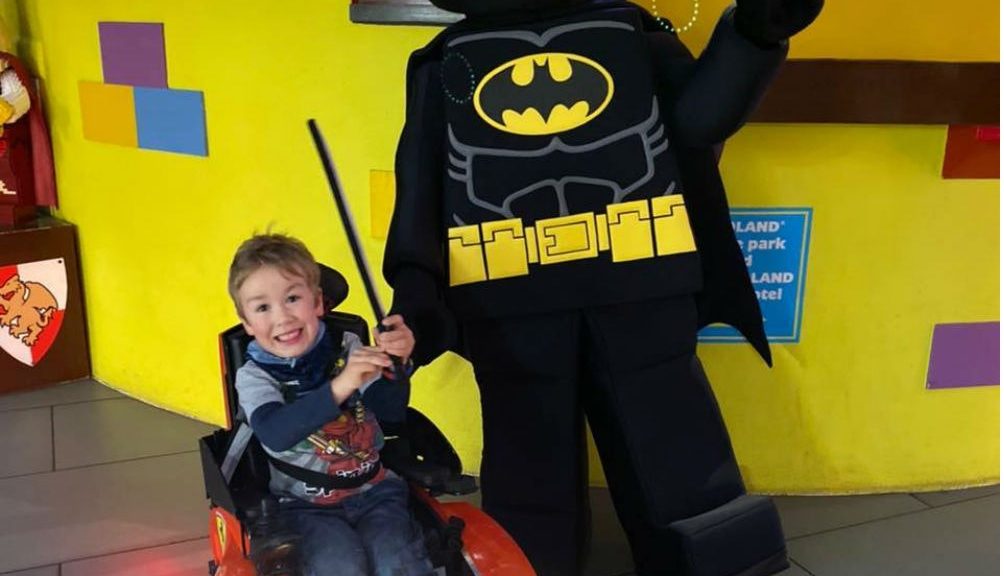 A mother is calling on Legoland to change its disabled policy after her son was made to get up out of his wheelchair twice and walk, before he was allowed on the rides.

Sebby Brett, from Gloucestershire, was visiting the theme park in Windsor with his family as a treat following four operations in 12 months.

The five-year-old suffers from an undiagnosed medical condition, similar to cerebral palsy, which left him unable to walk even short distances without help.

Lego-mad Sebby was excited to spend the day meeting his heroes, including Lego Batman, and going on his favourite ride, Ninjago.

However, his mother, Joanna, said the family were left “humiliated” after her son was told he could not board the Ninjago ride unless he could prove he could walk in case of an evacuation.

He was made to get up out of his wheelchair and walk for three steps holding just his mother’s hand.

However, once Sebby had completed the steps he was told by staff that he had to do it again, because they were not satisfied with his first attempt.

Joanna said: “It was humiliating, and a totally arbitrary number. Are they saying you are only ever three steps away from danger?

“Everyone was watching, and knew we were the reason the ride was delayed.

“Anyone that knows Sebby has been bored to death by his knowledge and love of Ninjago.”

Joanna said after they finished on the ride, her son asked her: “Why would they make a disabled person walk? It really hurt.”

She added: “If they’d have asked him to do it a month ago he wouldn’t have been able to and it would have ruined the whole day.”

They were asked to repeat the steps on later rides, but refused.

When she questioned the policy, she was handed a guide which showed 80% of the rides to not be accessible for disabled people.

She said that despite her booking a disabled pass, staff at the park had not made her aware there would be any accessibility issues.

She said: “Had we known, we wouldn’t have gone.”

The family are now calling on the park to review its policies: “I don’t agree with their three-steps rule, but they should have done this in private, at the start of the day so Sebby didn’t have to repeat it in front of other people.

“It’s humiliating. They also need to reconsider how inclusive their park is.”

She added that staff needed better training on how to deal with disabled children.

A spokesperson for the park apologised for any distress caused to the family, but said the policy was “necessary”.

They said: “The health and safety of our guests is always our priority and we have a number of requirements in place to allow our guests with disabilities and additional needs to enjoy our rides.

“On some rides, such as Lego Ninjago The Ride, guests are required to walk unaided. This is necessary in the case of guests being evacuated from the ride, as they would be required to walk during the evacuation process.

“We are always working to make the resort more accessible and constantly review our processes.”