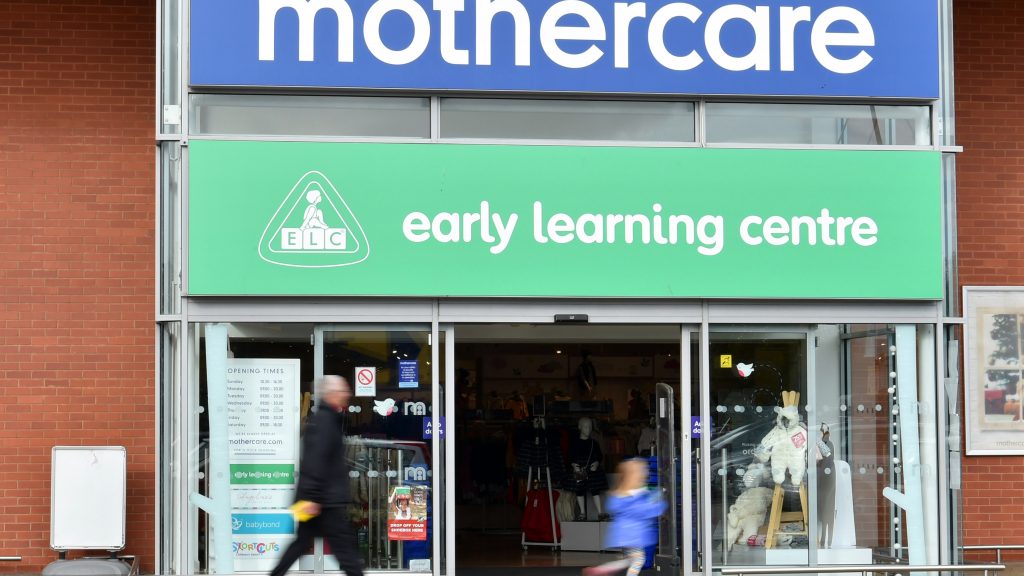 Mothercare has become the latest UK retailer to feel the pressure of the recent downturn affecting the high street.

The baby-product business has announced plans to appoint administrators for the UK retail arm after years of tumbling sales and periodic shop closures.

Last year, the company announced 55 store closures, but more could be on the cards unless the retailer secures a last-minute rescue deal.

Uncertainty among consumers and a drive towards online shopping has put pressure on Mothercare as well as a lot of its neighbouring retailers.

According to auditing giant KPMG, 44 retail businesses entered administration in just the six months up to September, including a number of high-street stalwarts.

Here, the PA news agency looks at some of the key retailers which have gone bust or entered administration in 2019:

The travel business was the most notable failure of the high street, collapsing with 800 stores, although 555 of these were saved by rival Hays Travel.

The fashion retailer was bought from administration in a rescue deal in April, but said it would close 10 stores with the loss of 110 jobs after a downturn in performance.

Jack Wills collapsed into administration in August before it was snapped up by retail tycoon Mike Ashley.

All Karen Millen and Coast’s 32 UK stores were closed in September after it slid into administration, although its online brand was saved by Boohoo.

The jewellery retailer is in the midst of an administration after a tumultuous spell under the ownership of Greek business Folli Follie, leaving its 35 stores and 350 jobs at risk.

High-street hairdressing chains Supercuts and Regis, which have 223 salons in total, are under threat after their owner fell into administration.

The value retailer fell into administration last month, raising fears over the future of its 318 shops and 2,900 staff. It is currently searching for a buyer.

Bathstore fell into administration in June, but 44 of the company’s stores were saved in a rescue deal with Homebase.

The fashion retailer fell into administration in May, before launching a CVA restructuring plan in June.

The wine specialist closed a raft of stores after it fell into administration in February, the second time it had collapsed in around eight years.

The department store chain entered administration in April as it sought to reduce its debt and start a major restructuring process, which would result in store closures.

Meanwhile, there has also been a raft of retailers forced into shutting shops and announcing major redundancies to cope with the changing retail landscape.

High-street stalwart Marks & Spencer is in the midst of plans to close 100 stores to cut costs, while fellow retail giant Tesco announced plans to cut 4,500 jobs in August.

Elsewhere, Boots confirmed in June that it will close 200 stores in the UK in another blow for the high street.

In May, Sir Philip Green announced plans to shut 23 stores across the UK, including Topshop, Topman and Dorothy Perkins sites, in a move which hit 520 workers.