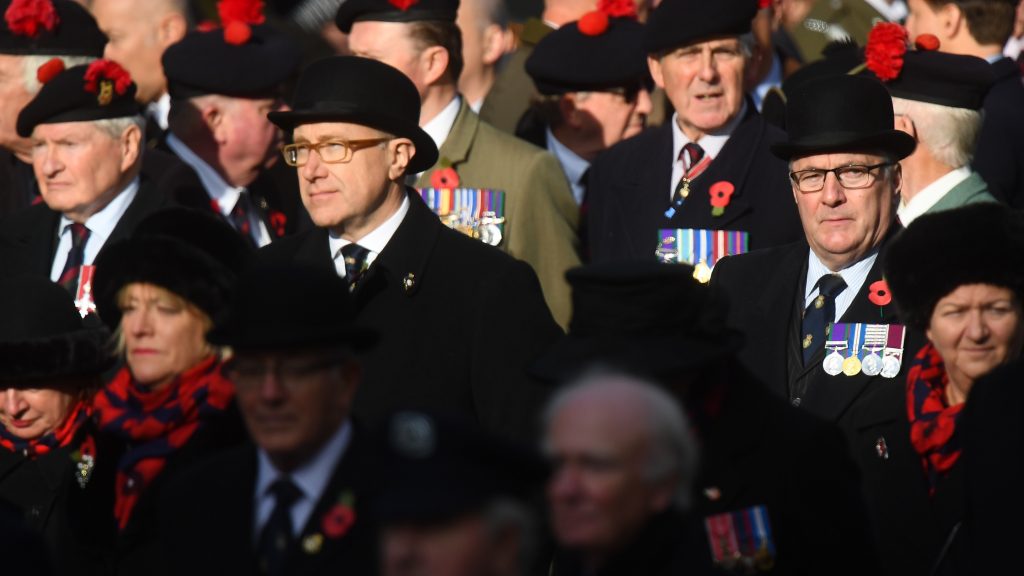 On Remembrance Sunday the Conservatives have announced that veterans will be able to receive a discount on rail travel with a new railcard.

But as many elderly veterans will already qualify for a Senior Railcard or the Disabled Person’s Railcard, and active members of the armed forces are eligible for a discount on rail travel through the HM Forces Railcard. So questions have been raised as to how many additional servicemen will benefit from this policy.

Transport secretary Grant Shapps has unveiled plans for a new railcard which will allow all those who have served in the armed forces to receive a discount when travelling by train.

The railcard will also allow veterans’ spouses and children to receive a discount when they are travelling alongside the cardholder.

The Tories say this new railcard will allow 700,000 veterans who are not applicable for another discounted rail scheme to make savings on rail travel.

A HM Forces Railcard can already be purchased for £21 a year and allows one third off the price of most rail tickets.

However, the current railcard is only available to serving members of the forces.

At the moment, unless you are the holder of another railcard entitling you to a discount on rail travel, being a veteran does not automatically qualify you to receive any savings on travel.

How many veterans will the railcard benefit?

Any veteran, no matter their age, will be able to buy the card. However, it is aimed at veterans who do not already qualify for the Senior or Disabled Person’s Railcards.

At the start of 2019, the Ministry of Defence published figures from the 2017 annual population survey showing that there are 2.4 million veterans currently alive in the UK.

All of these people will be eligible for the new railcard. However, it is estimated that between 1.6 and 1.7 million veterans already qualify for either the Senior (over-60s) or Disabled Person’s Railcard.

Both the Senior and the Disabled Person’s Railcard offer the same one third off discount as the new card proposed by the Conservatives.

This means that only an additional 700,000 veterans, most commonly former armed forces personnel under the age of 60, will be able to benefit from the new discount.

Up to 66,000 veterans are also homeless, suffering from mental health issues or in prison.

Will the railcard be free for all veterans?

No, the railcard proposed by the Conservatives will cost £21 a year, the same as the current HM Forces Railcard.

This has led to comments that the new policy is, in fact, an extension of the current armed forces railcard rather than a new initiative in itself.

The Senior Railcard and the Disabled Person’s Railcard also cost £30 and £20 per year respectively.