People tore Johnson's meaningless NHS election promises apart. It's the pick-me-up we all need. - The Canary 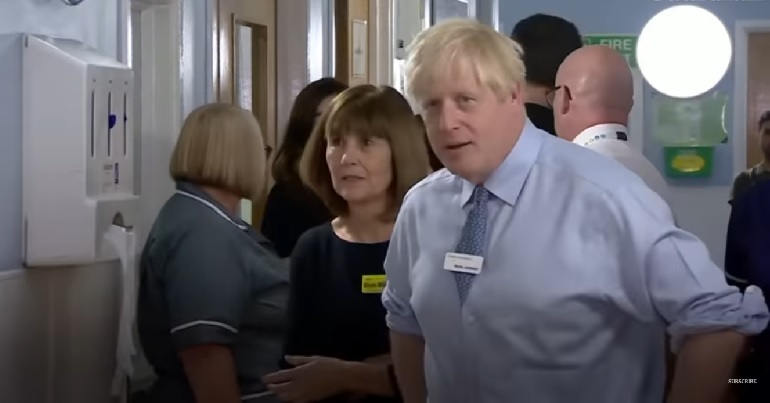 On 9 November, Boris Johnson tweeted an election promise that “there will be 6,000 more doctors” in the NHS if the Conservatives remain in power.

However, he probably didn’t anticipate the backlash that revealing this ‘policy’ would spark.

2. This will still leave the NHS ~5000 Drs short.@BorisJohnson – your promises are false. They simply represent your party cleaning up some of the mess created over 9 years. #marr #ridge #GE2019 https://t.co/31QedTgrnT

GP numbers are dropping for the first time since the 1960s.

The Tories cannot be trusted with our NHS.

They promise more GPs, more £, more hospitals, shorter waits. Truth is, history tells us all we need to know.#GeneralElection19 pic.twitter.com/DDJwXDuadG

Others were quick to point out how unrealistic this pledge from Johnson really is, particularly given how long it takes to train GPs:

Is there a bunch of extra GPs just kicking about waiting to be hired? How long does it take to train new ones? 10 years? Sounds like a realistic election promise… https://t.co/yyNHJIyLPF

Some, meanwhile, haven’t forgotten previous, similar pledges on which the Tories never followed through:

The same promise for an extra 5000 or so Doctors was made by Jeremy Hunt a few years ago. Ask the doctors and they'll tell you he lied and the 5000 didnt materialise. #boris is doing exactly the same. NEVER EVER TRUST THIS BAFOON https://t.co/B5tur0uUpj

But Matt, you and your predecessor promised NHS England 5,000 extra GPs by NEXT YEAR! – now where on earth have THEY got to? #ToryLies https://t.co/ocIxQSOpoJ

Moreover, the Conservatives still continue to ignore the systemic issues their policies have caused within the NHS:

I’m a new GP
I’m already struggling with the workload & ⬆️demand
I cannot get my patients seen by some specialties within 1 year.

Explain to me how promising 50 million more appointments, when GP only receives 8.1% NHS budget, will ensure I remain a GP?

After a decade of Tory austerity, the damage caused to the NHS has turned it into a ‘leaky bucket’. Until the gaps are all filled, temporary fixes won’t work:

“The truth is that even with tax changes not all of these [doctors] will now be coaxed back into working overtime. They have reassesssed their work-life balance and chosen life.” https://t.co/JXqWy1HiaR

Many people have had quite enough of the decimation of the NHS under the current government:

Harrowing experience on doorstep this morning of an elderly lady in tears explaining how she waited 2 hours for an ambulance that never came as her son died in her arms.

We can't afford another five years of Tory government and underfunding of NHS services, people are dying.

It’s important to remember that this isn’t a single-issue election. While people may have varied views on Brexit, implementing changes to rebuild the NHS is something most people can get behind:

Spending £43,000 per household over 5 years on NHS, public services, preventing global warming & transforming the economy to work for the many, not the few, sounds like a bargain to me.

Johnson’s ongoing hospital PR visits haven’t been going so well. What’s more, NHS staff have recently been instructed not to share political opinions in the pre-election period. The Tories are obviously doing their best to silence criticism of the damage they’ve caused to the NHS. But it won’t be enough to fool the thousands of people who have been directly affected by debilitating cuts to their local hospitals and GP surgeries.