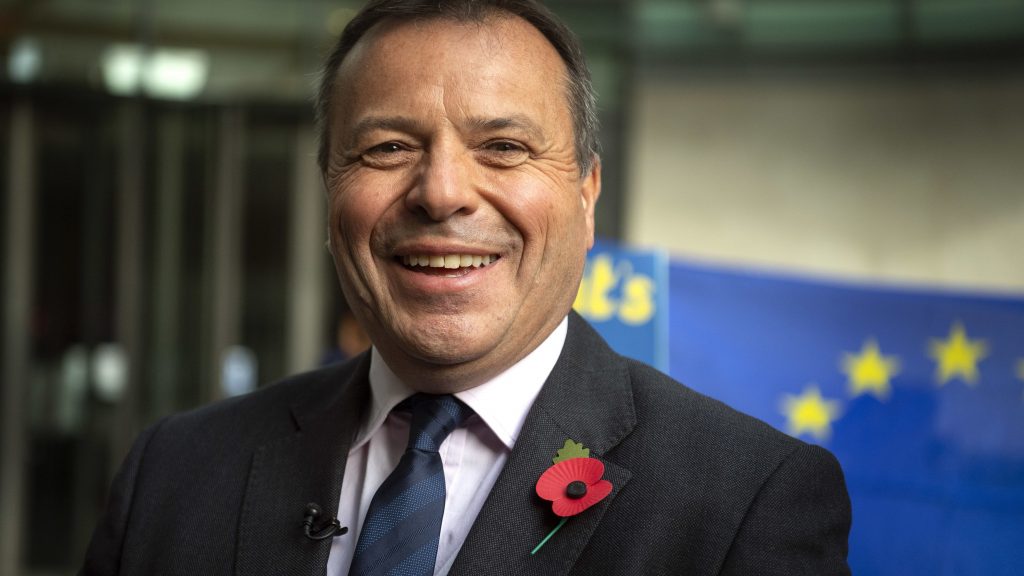 Millionaire and former Nigel Farage ally Arron Banks is set to advise voters in hundreds of seats to vote Conservative rather than Brexit Party.

One of the self-styled “Bad Boys of Brexit”, Banks is preparing to unveil a tactical voting app in a bid to give the prime minister a majority of pro-Brexit MPs in order to push his Withdrawal Agreement through.

A spokesman for Leave.EU confirmed a Times report that suggested a new app will tell voters in Stoke-on-Trent, which voted 70% in favour of leaving the European Union, to vote Tory at the general election on 12 December to ensure that Brexit goes ahead.

That advice will be issued to voters living in all three of the city’s Westminster constituencies.

The app is likely to put Banks on a collision course with Farage unless the Brexit Party leader changes tack, with Leave.EU suggesting the fledgling anti-EU party could cost the PM a majority.

Banks has warned the Brexit Party that the app is likely to make similar recommendations when it goes live on Friday unless the party U-turns on the decision to stand 600 candidates against the Tories next month.

A spokesman for Leave.EU said: “This app is ‘Back Brexit, back Boris’. We will tell Brexiteers the right candidates to back for Brexit.

“If that is against the Brexit Party then so be it. We have to get Boris a majority so we can get Brexit done.”

Banks aligned with Farage’s Ukip in 2014 when he famously increased his donation from £100,000 to £1 million after ex-Tory leader William Hague said he had never heard of the former Tory donor and insurance business owner.

Banks and Farage then worked together during the 2016 referendum campaign, winning against the odds.

But the pair’s relationship has become strained recently after Farage’s new Brexit Party announced that it would field 600 candidates in the December election unless the PM made wholesale changes to his political declaration regarding Britain’s future relationship with the European Union.

Farage had previously called for the Withdrawal Agreement to be scrapped entirely and deemed it “not Brexit” but he has rowed back from that and instead demanded there must be no regulatory alignment in any trade deals with Brussels after Britain leaves.

“Boris Johnson is offering something that is not Brexit and does not get Brexit done,” Farage told BBC Radio 4’s Today programme last week.

Farage is due to address supporters in Hartlepool on Monday, where it is thought he will clarify the party’s election stance.