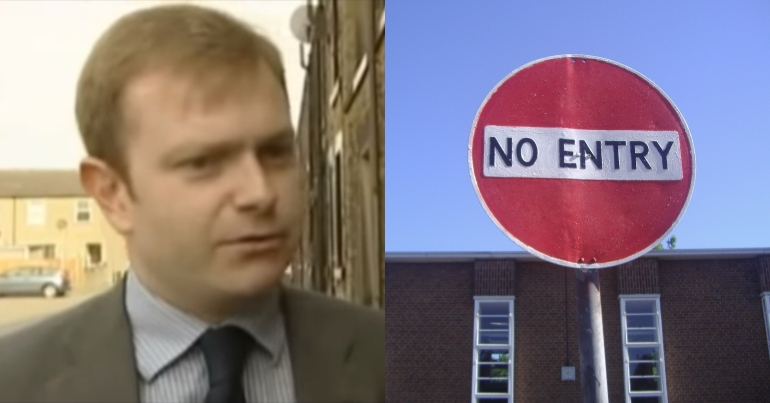 Conservative Antony Calvert has stepped down as a candidate for the Wakefield constituency. It follows the surfacing of past comments of his which are sexist, racist, and show a denial of food poverty in the UK.

Calvert’s comments are not the first in what is beginning to look like a disturbing trend for the Tories. And this tendency shows how utterly unsuitable they are to hold public office.

Calvert claims he made some of the comments on social media more than 10 years ago. But in one comment from April 2014, Calvert said he entered politics to expose “ludicrous” claims about food poverty in the UK. He said so despite a clear public awareness of food banks at that time.

Calvert’s claims came years before UN poverty expert Philip Alston’s warning that Tory austerity had condemned people to lives that are “solitary, poor, nasty, brutish, and short”. Alston’s report didn’t come out until April 2019. However, Calvert can’t have been unaware of poverty in the UK.

Poverty was very much a reality even before the Tory / Lib Dem austerity regime began in 2010. And this was a reality according to an Oxfam report. The reported explained that since the 2008 financial crisis began, those already in poverty have seen their impoverishment worsen, and millions more have become more vulnerable.

And Calvert’s vile comments didn’t end with attacking poor people. Because his comments are sexist and racist also. Prior to the 2015 election, he said Labour’s Harriet Harman should stop:

banging on about wholly and utterly irrelevant feminist issues.

Calvert, who finished second to sitting Labour MP Mary Creagh in 2017, attacked Creagh’s appearance in 2010 when she appeared on TV. Calvert posted:

In another social media post in 2011, he said if Colonel Gaddafi wanted to:

wander the streets unrecognised he should surely have fled to Bradford.

And she added that this:

raises serious questions about why they tolerated his abhorrent views on race, women, and poor people for so long.

He’s not the first

Scottish Conservative MP Ross Thompson also stood down following accusations he “groped Labour MP Paul Sweeney”. And at the beginning of this election campaign, Welsh secretary Alun Cairns resigned following accusations of lying about his knowledge of an allegation that a Tory candidate had sabotaged a rape trial.

Calvert’s attempt to defend his comments on the basis they were made 10 years ago is pathetic. Because there appears to be a sickening pattern to his comments. And it’s a pattern that appears to be widespread within the Conservative Party.

As well as highlighting a disgusting trend among Tories, their comments highlight their unsuitability for any kind of office at all.

Calvert said he would “stand and fight these assertions” but he doesn’t want to distract from the Tories taking Wakefield. But, with form like this, it appears to make little difference who stands for the Tories. Mary Creagh has been MP since 2005 and elected four times by the people of Wakefield. So it appears voters already know what they want.