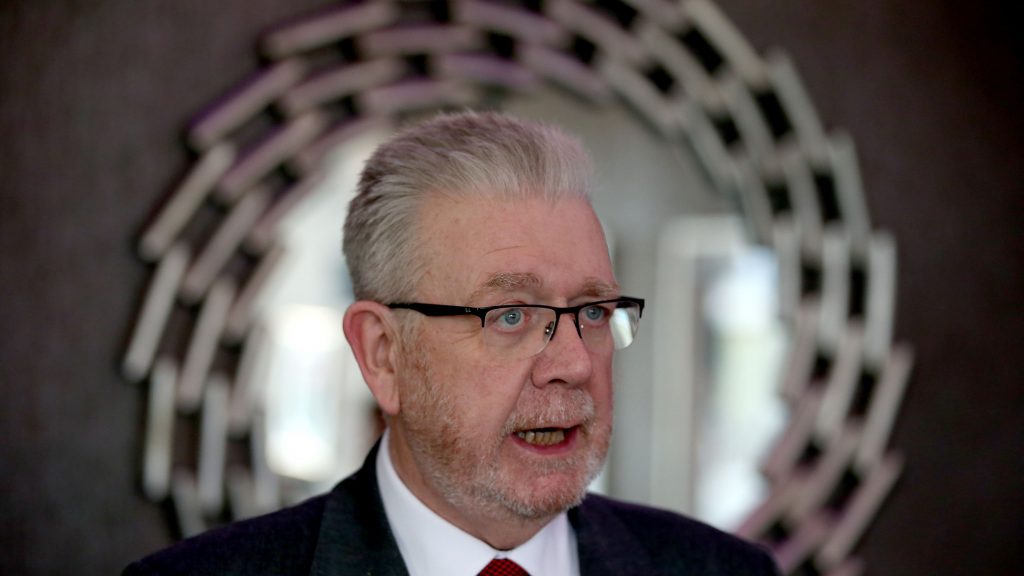 SNP ministers insist Scotland has the “right to choose an alternative future” as they travel to London for talks with the UK government over Brexit.

Constitutional Relations Secretary Mike Russell will take part in talks with UK government ministers and counterparts from the Welsh administration.

It is the first meeting of the Joint Ministerial Council (JMC) on EU Negotiations since Boris Johnson won a majority in December’s general election, a vote which paves the way for the UK to formally quit the European Union at the end of this month.

The meeting takes place the day after MSPs at Holyrood voted to reject the UK Withdrawal Agreement Bill by 92 to 29.

Russell has already told MSPs that the relationship between Holyrood and Westminster is at a “low ebb” – and is deteriorating further – following Johnson’s election victory.

Speaking ahead of the discussions on 9 January, he insisted: “The current hard deal Brexit proposed by the UK government will impose significant damage on the people and economy of Scotland hitting employment and living standards.”

Russell argued: “Short of EU membership, it is in the best interests of Scotland to remain in the European single market and customs union – which is around eight times bigger than the UK market – to safeguard jobs and provide guarantees on workers’ rights and environmental standards.

“Despite our repeated efforts to discuss alternatives, our proposals have been ignored. The UK government has repeatedly promised it would involve the devolved administrations, but has completely failed to do so.

“It is now imperative in the next phase of negotiations that the Scottish government is given a proper and meaningful role.”

With Scotland having returned 47 SNP MPs in the general election, Russell said that people north of the border had “voted overwhelmingly to stay in Europe” and that the the recent general election result “confirmed that view”.

Adding that the Scottish Parliament had now “voted comprehensively not to approve the Withdrawal Agreement Bill”, Russell declared: “The UK government must accept Scotland has a right to choose an alternative future.”

However when pressed on the issue of a second Scottish referendum at Prime Minister’s Questions on 8 January, Johnson restated his view that Scots had “voted decisively” in 2014 to stay in the UK in a “once in a generation choice”.

A UK government spokesman said: “These claims are nonsense. We have worked extensively with the Scottish government throughout the Brexit process and we will continue to do so.

“It is disappointing the Scottish government continue to simply oppose Brexit rather than engage with us constructively.”