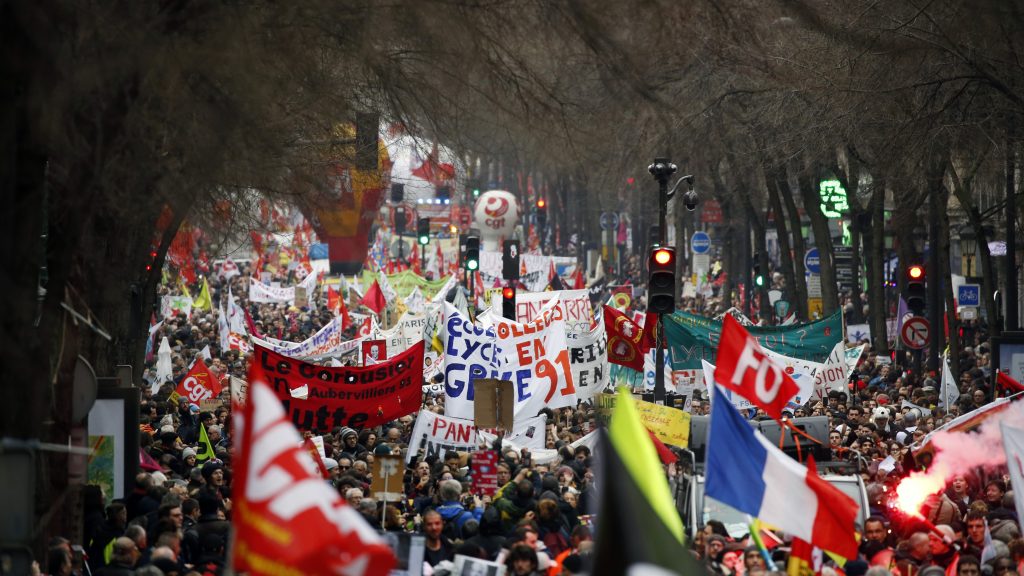 Rail workers, teachers, doctors, lawyers and others have joined a nationwide day of protests and strikes in France to denounce President Emmanuel Macron’s plans to change the country’s pension system. Street protests were staged in Paris and other French cities, with railway strikes entering their sixth week. It was the 36th day of strike action, which Jacobin has called “the longest wave of continuous strikes in contemporary French history”.

As US economist Richard D Wolff explained in December, people in France have united to oppose a worsening in their retirement conditions. As he said:

The government and unions are currently participating in talks about the changes.

The Elysee presidential palace was barricaded as protesters were due to head towards the area.

Unions have called on workers to block road access to major ports, including in the southern city of Marseille.

Philippe Martinez, head of the CGT union, said “there are many people on strike” yet the government does not appear “willing to discuss and take into account the opinion of unions”.

So far, the government is sticking to its plan to raise the full retirement age from 62 to 64, the most criticised part of the proposals.

Unions fear people will have to work longer for lower pensions, and polls suggest at least half of French people still support the strikes.