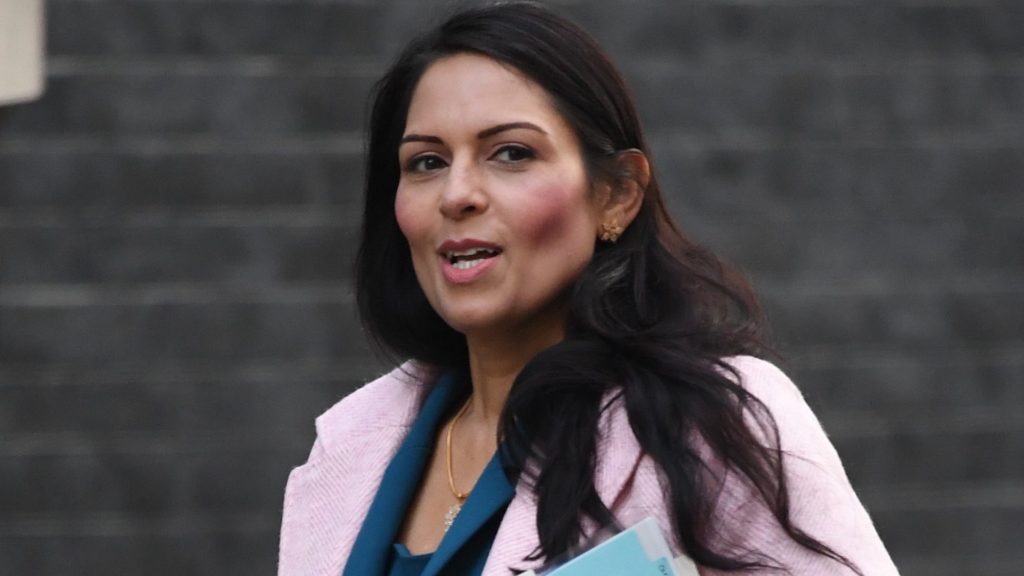 Home Secretary Priti Patel has been accused of bullying officials and ‘frequently encouraging behaviour outside the rule of law’.

She is reported to have clashed with the senior mandarin at the Home Office and has been accused of belittling officials, making unreasonable demands and creating an “atmosphere of fear”.

The Home Office said no formal complaints had been made against the Cabinet minister.

According to The Times, Patel has sought to oust permanent secretary Sir Philip Rutnam from the Home Office, and he has raised concerns with the Cabinet Office about the minister.

The newspaper said matters came to a head last week when a senior official collapsed after a meeting with Patel following an all-night effort to reverse a High Court ruling barring the deportation of immigration detainees to Jamaica.

At a meeting the following morning he was confronted by the home secretary, who demanded to know why the department had failed to reverse the ruling.

He reportedly fell ill later during another meeting and was taken to hospital, where he was found to have a sodium deficiency.

Zahawi told LBC: “I’ve known Priti for 25 years, she’s utterly professional, works night and day to deliver for the country and her constituents and is absolutely focused on making sure… the people voted for us to take back control of our borders.”

A Home Office spokesman said: “We have not received any formal complaints and we take the welfare of our staff extremely seriously.”

An ally of Patel told The Times: “The Home Office is dysfunctional and the current permanent secretary had presided over a sacking of a home secretary (Amber Rudd) and accidental deportations.

“If this were any other environment Philip Rutnam would not only be sacked he’d be denied a pension.”

But a Home Office source told the newspaper: “Sir Philip and (she) have fundamental disagreements about the rule of law. He’s committed and she isn’t.

“She’s belittled him and caused consternation, and she frequently encourages behaviour outside the rule of law.”