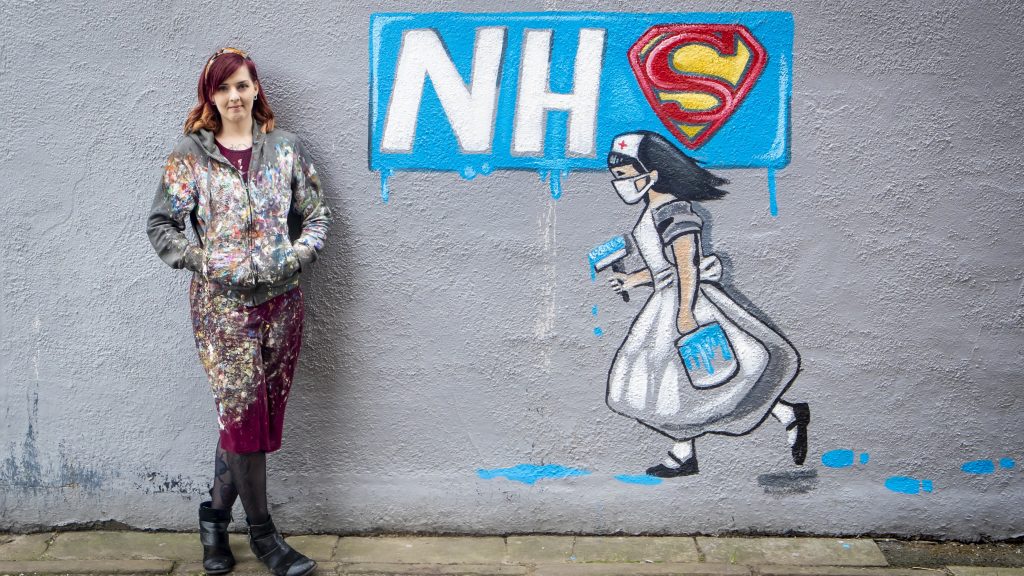 Tributes have flooded in for NHS staff known to have died after contracting Covid-19.

Two nurses – both young mothers – five doctors and two healthcare assistants have contracted the coronavirus and died since the start of the outbreak.

Nurse Areema Nasreen, 36, died just after midnight on April 2 in intensive care at Walsall Manor Hospital in the West Midlands – the hospital where she had worked for 16 years.

Richard Beeken, chief executive of Walsall Healthcare NHS Trust, paid tribute to her, saying: “Any death is devastating but losing one of our own is beyond words.”

He said Nasreen had started at the hospital as a housekeeper in 2003 before gaining her nursing qualification in 2019.

“Her dedication to her role and her popularity amongst her colleagues is obvious to see with the outpouring of grief and concern we are seeing around the organisation and on social media,” Beeken said.

“Her vocation in nursing was clear for all to see and she always said that she was so blessed to have the role of a nurse, which she absolutely loved because she wanted to feel like ‘she could make a difference’ – and you did, Areema, you will be very sadly missed.”

Aimee O’Rourke, 39, also died at the hospital she worked at – the Queen Elizabeth The Queen Mother Hospital (QEQMH) in Margate, Kent, on Thursday.

Julie Gammon, ward manager on the acute medical unit where O’Rourke worked, said her team were devastated by the loss.

“She was such a kind and caring nurse, and she had a really special relationship with her patients and colleagues,” she said.

“Nursing was something she had always wanted to do, although she came to it relatively late after raising her girls.”

Gammon added: “Aimee was a really valuable part of our work family and would always offer to help if she could.

“She was really growing and developing in her skills and confidence and I know she would have gone on to have a great career.”

Meanwhile, the Mail on Sunday reported that John Alagos, a 27-year-old nurse who treated coronavirus patients at Watford General Hospital, died after a shift on Friday.

His mother, Gina Gustilo, said he fell ill during a 12-hour shift but did not leave work early.

She told the paper: “I asked ‘Why didn’t you come home?’ He said he had asked other staff but they said they were short of staff and they did not let him go.

“I said, ‘OK, take some paracetamol.’ After a few minutes, I found him turning blue in his bed.’

Healthcare assistant Thomas Harvey, 57, a father of seven who worked at Goodmayes Hospital in Ilford, east London, died at home on March 29 after feeling unwell for several days.

Professor Oliver Shanley, chief executive of the North East London Foundation Trust (NELFT), said: “Thomas was a longstanding, dedicated member of our intermediate care team. This is a huge loss to both NELFT and the wider NHS.”

Following his death, Harvey’s family criticised the NHS for the lack of personal protective equipment provided to staff, saying he had been given only a flimsy apron and gloves.

Another healthcare assistant, Glen Corbin, 59, worked at the Park Royal Centre for Mental Health in Harlesden, north-west London, for more than 25 years.

Claire Murdoch, head of Central and North West London NHS Foundation Trust, described Mr Corbin as part of the “backbone” of the team.

“He was the ‘go to’ person who knew everything about the ward and how to get things done,” she said.

She added: “Glen was a much-loved colleague and will be sorely missed.

“Our condolences to his family, friends and loved ones at this sad and difficult time.”

Amged El-Hawrani, an ear, nose and throat consultant with University Hospitals of Derby and Burton NHS Foundation Trust (UHDB), died at the Glenfield Hospital in Leicester on March 28.

His colleagues held a minute’s silence in remembrance of him on Friday, while one staged a 24-hour, 250-mile bike ride on an exercise bike in his back garden with his family to raise money in his name.

UHDB consultant Mark Johnston raised £19,000, which will be used to support the trust’s staff during the pandemic.

Johnston said: “We have lost a colleague who was well respected, and we feel deeply saddened for his family and friends. As medics we are taught to cope with bereavement, but rarely is it a colleague doing the job he loved to help others.”

He added: “We’ve received some lovely comments from all those who have been donating, and we will be passing all of them over to Amged’s wife.”

Professor Sami Shousha, 79, was an honorary professor of histopathology at Imperial College London and had worked at UK cancer research laboratories at London’s Hammersmith and Charing Cross hospitals since 1978.

One of his former pupils, Dr Neha Tabassum, of Imperial College London, tweeted: “My prayers and thoughts are with his family. It’s so sad to hear this news, I am in tears!!

“Professor Sami Shousha was one of my mentor. Without his support, my PhD would not have been possible. He was such an amazing human being.”

Professor Ian Ellis, of the Association of Breast Pathology, said in a tribute: “(Prof Shousha) was always happy and smiling, so enthusiastic and passionate about his work as well as loving to support and teach others.

“He will be missed by us all.”

Dr Habib Zaidi, 76, a GP in Leigh-on-Sea for more than 47 years, died in intensive care at Southend Hospital, Essex, on March 25.

His colleague Dr Jose Garcia-Lobera, GP chair of the NHS Southend Clinical Commissioning Group, described Dr Zaidi as “a hugely respected, selfless man who dedicated his life to helping others”.

Dr Garcia-Lobera added: “His loss is deeply felt by his staff, fellow clinicians and the wider community. Our thoughts are with his family, who we hope, in time, can take comfort from the incredible legacy he has left behind.”

Dr Alfa Saadu, 68, who had returned to work from retirement, died on Monday while being treated for Covid-19 at the Whittington Hospital in north London.

His family said he had been working part-time at the Queen Victoria Memorial Hospital in Welwyn, Hertfordshire, before contracting the virus.

Lance McCarthy, chief executive of the Princess Alexandra Hospital NHS Trust, where Dr Saadu worked before his retirement, said: “It is with sadness that we learn of the passing of Dr Alfa Saadu.

“Alfa was well known at the trust for his passion for ensuring our patients received high-quality care.

“He was a committed member of the team and is remembered fondly by many.”

El Tayar worked in the NHS for 11 years before moving to his home country of Sudan, where he established a transplant service before returning to the UK in 2015, working as a locum surgeon before his death.

His fellow transplant surgeon Abbas Ghazanfar wrote in a tribute that El Tayar was “a very hard-working and dedicated surgeon who gave the precious gift of life to so many people around the world by his excellent transplanting skills”.

The tribute continued: “He was an excellent colleague, a truly humble soul and above all a noble human being… His sudden departure has shocked his family and friends.

“He will be remembered by many of his colleagues and patients who knew him as the good person and doctor he was. He will be dearly missed by us all.”