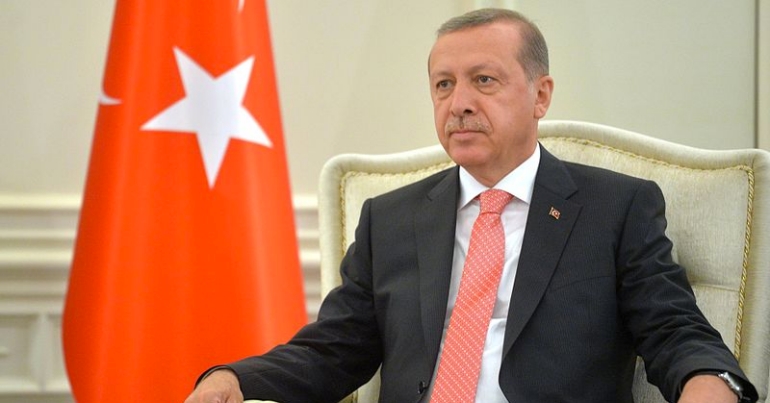 Across the world, countries are struggling to deal with coronavirus (Covid-19). But one NATO country, Turkey, is using the pandemic as a weapon of war and a tool of repression.

Both domestically and in its war in the North East of Syria (aka Rojava), the Turkish state is seizing the opportunity of coronavirus to continue its war against majority Kurdish communities.

Cutting off water supplies during a pandemic

On 3 April, Kurdistan 24 reported that:

Shelling by Turkish-backed armed groups on Thursday caused severe damage to a water pipeline, one of their many recent intentional actions to block the crucial resource for some 460,000 civilians in Syria’s northern Hasakah province

The interruption of water supply during the current efforts to curb the spread of coronavirus disease puts children and families at unacceptable risk. Handwashing with soap is critical in the fight against COVID-19.

Coronavirus is already present in Syria. And a tweet from the Rojava Information Center highlights how dire the situation is for those living there:

🚫No PCR test machines due to Turkish invasion

According a Human Rights Watch 2019 report on Turkey:

An estimated 8,500 people—including elected politicians and journalists—are held in prison on remand or following conviction for alleged links with the outlawed Kurdistan Workers’ Party (PKK/KCK) and many more on trial but at liberty, although official figures could not be obtained.

And Reporters Without Borders describes Turkey as:

But not only is Turkey excluding political prisoners from its plans to release 90,000 prisoners due to the pandemic, it’s also using the virus as a threat. The Morning Star reported that the Arrested & Convicted Families Law Solidarity Associations Federation (Med Tuhad-Fed) claimed authorities told prisoners:

You have to obey the rules, otherwise we will bring in someone who has the coronavirus.

And as the Morning Star stated, Med Tuhad-Fed warned that:

A lack of cleaning and a refusal to refer prisoners displaying symptoms to medical units is risking a serious outbreak of Covid-19 among Turkey’s bulging prison population.

The pandemic also hasn’t stopped what many people would consider the ‘normal’ repression communities face in Turkey.  On 3 April, ANF News reported that musician Helin Bölek had died as a result of undertaking a death fast. Bölek was part of Group Yorum, a popular music group that had faced harassment and repression from the Turkish state.

Over the last three years, the police have raided at least eight times the İdil Cultural Center in İstanbul, where the band carries out its activities. During the raids, musical instruments of the band were either broken or taken away, music books damaged. According to a statement by the band, the police arrested a total of 30 people in these raids. Band members initiated a hunger strike in June 2019 in protest of these attacks. The band demands the release of its arrested members, removal of arrest warrants against some other members, termination of incessant police raids into the İdil Cultural Center, and an end to arbitrary bans on their concerts and cultural events.

But mourners were not even allowed to grieve by the Turkish states. Reports on Twitter show people attacked the funeral with tear gas and water cannons:

While coronavirus means many forms of mobilisation are not available to people, there is still resistance. In particular, on 4 April, social media users took the opportunity of his 71st birthday to remind people of Kurdish leader Abdullah Öcalan’s situation.

Öcalan co-founded the Kurdistan Worker’s Party (PKK), which has fought for Kurdish freedom and autonomy since the 1970s. He was given a life sentence and has been imprisoned by Turkey for over 20 years and is held in solitary confinement on İmralı prison island.

Turkey has now fought against the PKK for decades. And there have been big losses on both sides (as in most conflicts, civilians were often caught in the middle). Today, however, the PKK and its allies condemn all attacks on civilians. Yet since 2015, Turkish leader Recep Tayyip Erdoğan has sought to repress all of his political opponents by labelling them either terrorists or terrorist sympathisers (and killing or arresting them accordingly). European courts have criticised this tactic – insisting that the PKK is a “party to an armed conflict” and not a “terrorist organisation”. The PKK has also reportedly never attacked Western targets.

London Kurdistan Soldiarty put his confinement in the context of the isolation many of us are currently experiencing:

We're all pretty good at imagining fairly limited isolation atm, so imagine isolation on an island with no open view of the sky, surrounded by hundreds of army and police in a prison built for you… (THREAD) #FreeÖcalanFreeThemAll pic.twitter.com/ZkfFkFF7tk

And it reminded people of the ongoing criminalisation of Kurdish communities and solidarity activists in the UK. It also demanded the release of Daniel Burke, currently on remand in the UK, accused of terrorism for attempting to travel to Rojava:

Meanwhile, here in the UK YPG volunteers like Dan Burke are held in high security prisons on spurious terrorism charges, having risked their lives for freedom against the enemies of all humanity. #FreeÖcalanFreeThemAll pic.twitter.com/459lsHOd6M

Using coronavirus as a weapon and a threat is hideous. Although given Turkey’s humanitarian record, it’s perhaps unsurprising. And it means that now, more than ever, we need to raise our voices for those in prisons, and for those being repressed, killed, and threatened by the Turkish state.