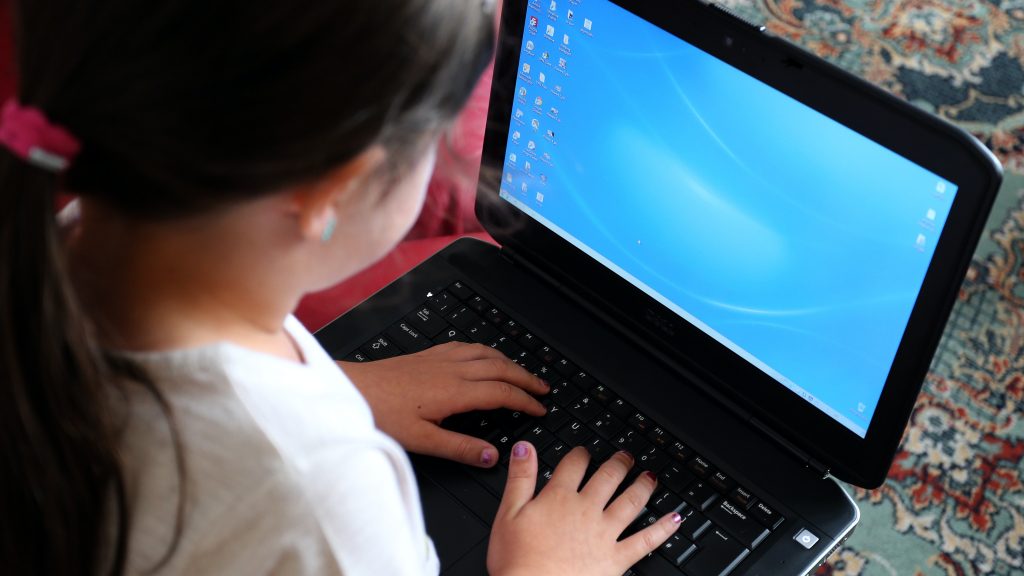 The government’s plans to ensure that disadvantaged children can access lessons online amid school closures “do not go far enough”, campaigners say.

Education secretary Gavin Williamson has announced that free laptops or tablets will be given to disadvantaged pupils to help them learn at home amid the Covid-19 pandemic.

Disadvantaged secondary school pupils and care leavers who do not have mobile or broadband internet in their homes will also be provided with 4G routers.

But the Good Law Project (GLP), a legal campaign group which has previously brought cases against Uber and over Brexit, said the government’s proposals are only a “drop in the ocean”.

The campaigners are concerned that the plans to make remote education accessible for children while schools are closed will not reach all the disadvantaged children across the country who are affected.

Free laptops or tablets will be given to disadvantaged pupils in Year 10 who do not have a device, as well as to children of all ages who receive support from a social worker or a care leaver, the Department for Education (DfE) has said.

But Jolyon Maugham QC, founder of the GLP, told the PA news agency that he found the lack of details about the scheme “troubling” and he added that he was concerned that only a “small subset” of pupils would benefit.

He said: “What he [Gavin Williamson] has announced we think is a drop in the ocean. We are pleased that he recognises that there is a problem that desperately needs to be addressed, but we don’t think that his solution goes anywhere near far enough towards addressing it.”

His comments came as the GLP launched legal action against an unnamed local authority for failing to provide access to technology for lower income families with children trying to learn at home.

Lawyers for the GLP had already written to Williamson earlier this month to say that the group would bring a High Court action against the government if it did not set out plans to support disadvantaged children without access to online learning amid school closures.

An update on the group’s crowdfunding page for legal action says: “We are glad to see the Department accept some responsibility for tackling this issue, but the proposals do not go far enough. All stages of education are ‘vital’.”

Geoff Barton, general secretary of the Association of School and College Leaders, has called for the laptop and tablet scheme to be extended to disadvantaged children in all age groups.

He said: “There is a significant digital divide between rich and poor and the situation is particularly difficult in areas of high deprivation.

“What is needed is a national scheme which provides this support to all disadvantaged children who do not have these devices, so that they are able to access the online resources which are so important for remote learning.”

Rebecca Long Bailey, Labour’s shadow education secretary, added: “It is imperative that the government ensures those disadvantaged Year 10s and vulnerable pupils who are eligible for a free device to access online materials receive them urgently.

“And the scheme must be expanded so that the one million children who do not have access to a device or connectivity at home are not left behind.”

Tory MP Robert Halfon, chair of the Education Select Committee, believes that large companies should donate laptops to children during the school closures to ensure pupils in all year groups can access devices.

He told PA: “We need to expand the government’s laptop programme and have a nationwide laptop for learners campaign with laptops donated by businesses.”

A DfE spokesman said: “The education secretary has been clear we will do everything possible to make sure no child, whatever their background, falls behind as a result of coronavirus.

“That’s why the most vulnerable children – those with social workers – that need devices will get one, whether they are in primary or secondary school.

“This is in addition to care leavers and disadvantaged students in Year 10 without access to a device, to help keep them safe and support their learning during the build-up to exams.”