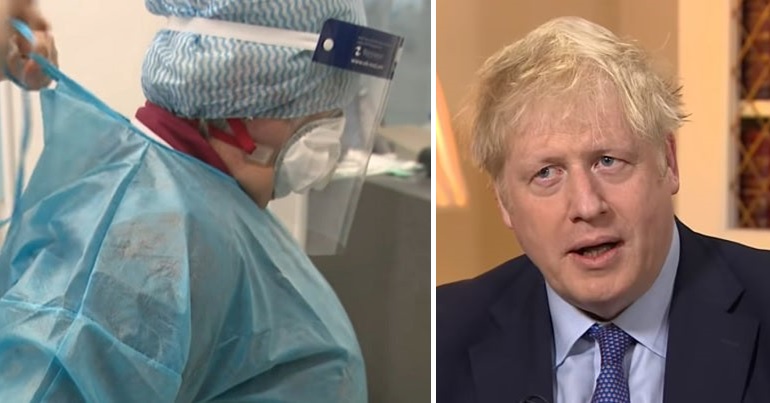 On 21 April, Labour MP Bill Esterson made a shocking revelation about personal protective equipment (PPE). And it seems to represent one more brick in the wall of evidence showing government incompetence and inaction amid the coronavirus (Covid-19) pandemic.

One of my constituents offered to make 10 million masks on 27 March and has never had a reply. I wrote to the government and also have not had a reply. This is putting lives at risk. It is shambolic. It needs to be fixed.

The NHS has been struggling so far with a lack of PPE. And despite grave warnings about the danger to staff from such a shortage, government action has been slow. Numerous UK manufacturers, for example, have reportedly faced the same situation as Esterson’s constituent, with the government failing to respond to PPE offers. Many, meanwhile, have reacted to this reality by sending PPE to other countries in Europe instead.

The government is also facing scrutiny over a recent PPE order from Turkey. Because there are allegations that it only placed the order after saying the PPE was already on its way (and it has still not arrived).

On 21 April, the Trades Union Congress (TUC) called for an independent public inquiry into the “grotesque” shortage of PPE by the end of the year. This comes as at least 100 workers in the health service have died after contracting coronavirus.

The same situation was apparently true with testing too. Because experts who offered help to the government on this front also waited weeks for a response. And testing rates are still shockingly low. The government has promised 100,000 tests a day by the end of April, but there were only around 20,000 done between 19 April and 20 April, although capacity is greater.

Downing Street sources tell the Telegraph that Matt Hancock's promise of 100,000 coronavirus tests a day was “irrational” and “arbitrary” and will “come back to bite him.”

In other news, here’s Johnson this time last month. pic.twitter.com/XdMvNCRp8T

Meanwhile, the quality of the tests that have existed has come into question:

Exclusive: Govt knew 1 in 4 #C19 test kits potentially faulty. One leading epidemiologist described it is a “catastrophe”. It means those given a virus-free status in error since testing first began two months ago would not have known they were infected https://t.co/Cto575vBIc

At least 17,337 people have died so far in the UK during the coronavirus outbreak. And with the government reporting “hospital-only figures”, the real number of fatalities is likely to be much higher – especially as a result of care home deaths.

We need to start doing this ASAP.

We have to know what's going on in care homes if we are to do all we can to help save lives.

Government trying to control the narrative

Amid these government failings, health workers are reportedly having to resist attempted censorship:

We won’t be silenced.

There is also ongoing work on allegations, which the Department of Health and Social Care is vigorously denying, of ‘fake NHS staff accounts’ putting out pro-government propaganda.

Some experts have called the government’s response to the coronavirus pandemic a “national scandal”. But the scandal hasn’t just been in recent weeks. It’s been years in the making. Because Boris Johnson’s party has decimated the NHS in the last decade via its ideological austerity policies. And in doing so, it has left the service struggling to cope with this pandemic:

1) UK governments had known for nearly two decades that pandemic was the No 1 threat facing the country. But Tory austerity policies progressively undercut the resources needed to cope

8) A Health Department insider: ‘A pandemic was always at the top of our national risk register – always – but when it came we just slowly watched. We could have been Germany but instead we were doomed by our incompetence, our hubris and our austerity’

Much of Britain’s corporate media, meanwhile, has put out pro-government propaganda, criticising people who dare to call out the government’s incompetent response. Former Labour leader Jeremy Corbyn, for example, faced much hostility for holding Johnson’s team to account in real time. He was right to do so. But as some have pointed out, the decks have long been stacked in favour of the Tories and against progressives:

The Sunday Times report ought to be the end of Johnson, but it won't be. Windrush, Grenfell, Cambridge Analytica, the failure of post-crash austerity – all should have locked the Tories out of power.

Anybody who thinks this country isn’t some sort of weird dictatorship needs to ask themselves this question. Without prejudice

If Corbyn has missed 5 Cobra meetings that had resulted in lots of deaths. What would the reaction be on the BBC and in the papers ?

Today, it’s perhaps more important than ever to hold the government to account. Because its response has been appalling. And we need to demand better. Lives depend on it.