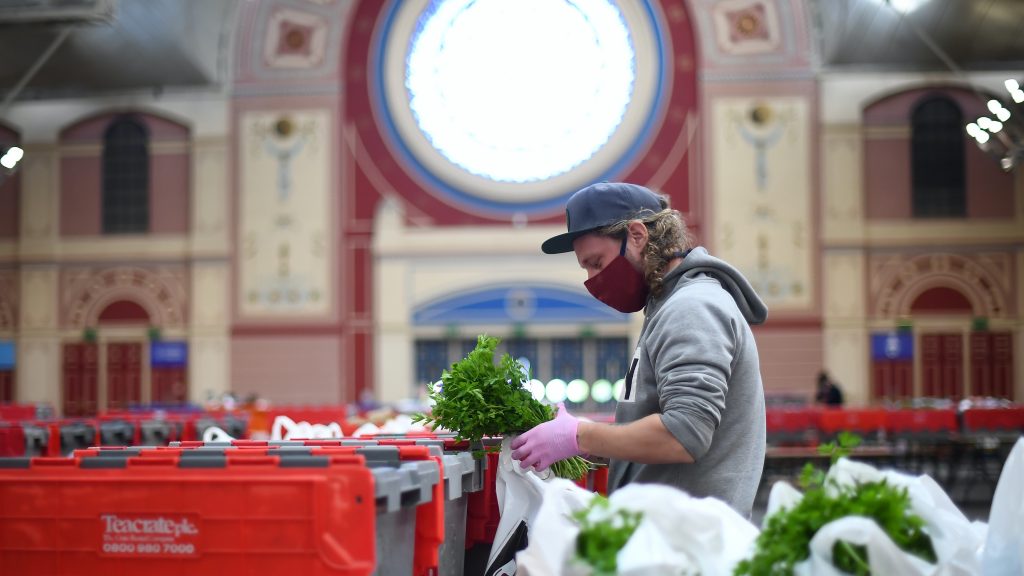 New pictures reveal how Alexandra Palace has been transformed from a huge entertainment venue into a food distribution hub.

The north London venue, which is used for concerts and sports events, is being used to prepare food parcels for residents in the local area who are in need during the coronavirus (Covid-19) pandemic.

The Edible London charity, working in partnership with Haringey Council, is using the site to sort the packages of fresh produce and essential supplies.

The Victorian building, known commonly as Ally Pally, has a history of being repurposed in times of crisis.

During the First World War it was requisitioned by the government and used as a refugee camp, complete with a chapel and a hospital, for people fleeing Europe.

It was also used as an internment camp in 1915.

During the Second World War it was once again used as a refugee camp and also housed a transmitter which was used to jam Luftwaffe navigation systems.

The palace’s organ was damaged during the Blitz when a bomb exploded nearby.

In 1945 a pre-fab village was set up inside the venue’s Great Hall to show councils what housing could be available in the aftermath of the war.