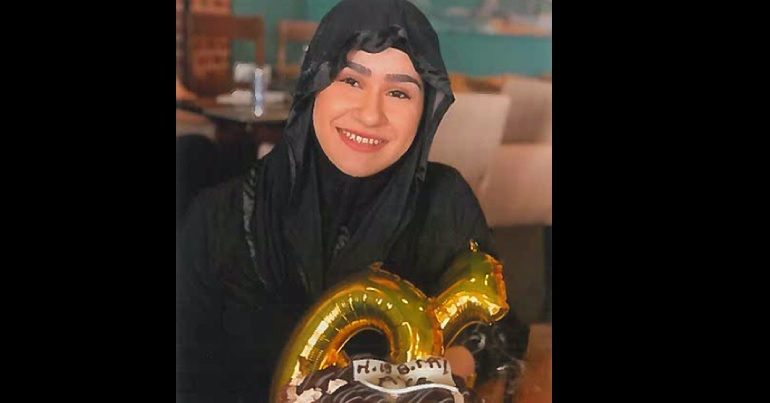 Another three people have been charged over the murder of a law student and the attempted murder of their intended target in a drive-by shooting, Lancashire Police said.

Innocent passer-by Aya Hachem, 19, was gunned down as she walked to a supermarket near her home in Blackburn on Sunday.

The first of two shots fired from a passing vehicle hit a building but the second fatally struck the teenager in the chest.

Blackburn residents Uthman Satia, 28, Kashif Manzoor, 24, and Judy Chapman, 26, from Great Harwood have been charged with the murder of the 19-year-old.

Earlier, Feroz Suleman, 39, and Abubakir Satia, 31, also from Blackburn, were charged with Hachem’s murder and the attempted murder of their target.

The five defendants are due to appear at Preston Magistrates’ Court on Saturday 23 May.

Two other men aged 33 and 36, from Blackburn, arrested on 18 May on suspicion of murder and attempted murder have been released on bail pending further inquiries, Lancashire Police said.

Two Blackburn men – a 39-year-old and 34-year-old, both arrested on suspicion of murder and attempted murder – remain in custody.

While we have now charged people in connection with Aya’s murder our inquiries are very much ongoing.

The teenager was described as a devoted daughter (Lancashire Police/PA)

Police haven’t named the man who they believe was the target of the broad daylight shooting on a busy main road in the town centre.

The teenager, a second year student at the University of Salford, died in hospital a short time after emergency services were called to the scene near Lidl in King Street.

A number of people were travelling in the light green/silver Toyota Avensis from which the shots were fired. The vehicle was abandoned a short time later in nearby Wellington Road and seized for forensic examination.

Hachem’s family had fled from their home country of Lebanon to seek a better life in the UK. Her distraught parents said she was the “most loyal devoted daughter” who enjoyed spending time with her family and dreamed of becoming a solicitor.