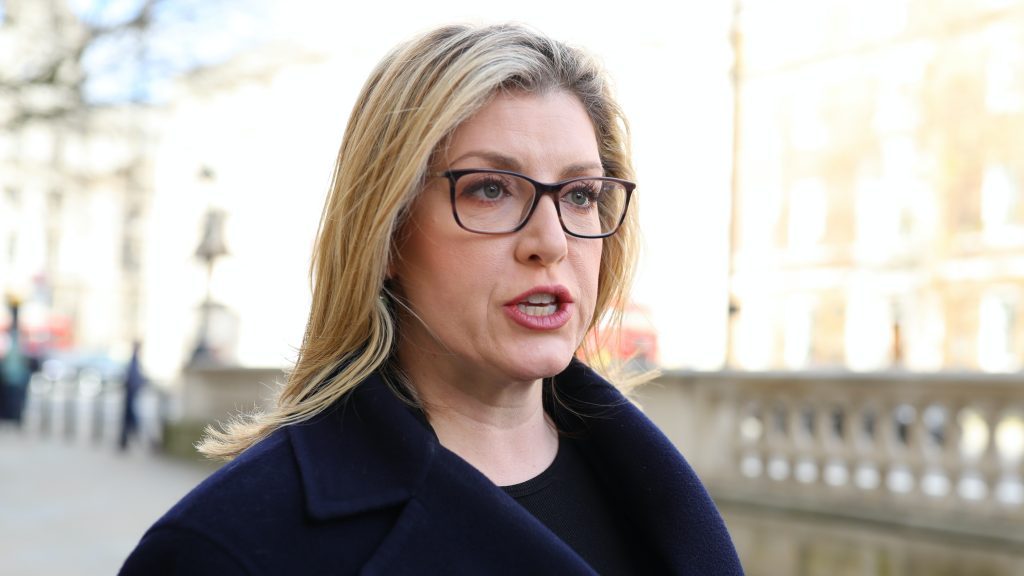 Britain “cannot keep negotiating forever” with the EU over Brexit, a minister has insisted while attempting to ease concerns over a no-deal scenario.

Cabinet Office minister Penny Mordaunt said the trade talks with Brussels are at a “key stage” and they need to be escalated in the coming weeks.

She repeatedly ruled out extending the transition period beyond December this year and pressed the need for the UK to be treated as a “sovereign equal”.

Tory colleague Jerome Mayhew (Broadland) also asked Mordaunt if an extension of the transition period would “serve no useful purpose” other than to cost the UK money, prolong business uncertainty, “delay effective control of our borders” and hamper the response to the Covid-19 crisis.

The minister replied: “The honourable gentleman is damn right.”

Answering an urgent question from Labour about the fourth round of Brexit talks, Mordaunt earlier sought to offer assurances that Britain’s supply chains will hold up should no trade deal be agreed with the EU.

She told the Commons: “We have the Covid crisis going on. I know [shadow Cabinet Office minister Rachel Reeves] is aware of the huge amount of work that was done last year on no-deal preparations, but also the tremendous work that civil contingencies and all government departments have been doing to ensure that supply chains remain strong, that we can quickly adapt, that we do have stocks of all sorts of goods – including medicines – that we need.

“Those are challenging times in light of what the world is facing at the moment, but that is our focus and I can assure her of the incredible work that those civil servants are doing to ensure our citizens have what they need when they need it.”

Mordaunt also said: “We cannot keep negotiating forever; we have to allow our businesses, our farmers, our citizens time to implement the decisions taken.

“And that is why we are at this key stage now where we have to increase and escalate negotiations because we need to arrive at a deal soon.”

For Labour, Reeves said the task is to build the “best possible new relationship” with the EU and agreed the negotiations need to be concluded in good time before warning: “Currently we’re in the dark about what this new relationship looks like.”

Reeves said warnings had emerged about the impact of Covid-19 on medicine stockpiles, adding: “We urge both sides to redouble efforts over the next few days and weeks to ensure progress is made by the end of this month so the government can honour its commitment to ensuring a good deal for Britain by the end of this year.”

SNP Cabinet Office spokesperson Pete Wishart mocked the government for blaming the EU over an inability to reach a trade agreement.

He said: “It’s going to be misery heaped on misery as Covid and Brexit appear like the twin horsemen of the economic apocalypse trampling over any prospect of a recovery.

“And whose fault is it going to be? Obviously them, nothing to do with us guv’, it’s all these nasty, invidious Europeans, how dare they hold this government to the commitments they’ve already given in good faith? These fiendish Europeans asking us to deliver on what we’ve already agreed to.”

He added: “When you see them sitting down to negotiate, it’s like watching the Scotland B team taking on Brazil of the 1970s, it’s almost cruel to observe.

“Them (the EU negotiators) with their screeds of documents and facts, and team GB with their ill-fitting clown shoes.”

Tory former cabinet minister Julian Smith said: “Many businesses haven’t realised the consequences of coming out of the single market and the customs union. We can start preparing them for that reality.”

Mordaunt replied: “We are already in discussions with businesses in every part of the UK.”

Theresa Villiers, another Tory former cabinet minister, added: “The nature of the trading relationship that the UK is now seeking with the EU means that whatever the outcome of the negotiations the formalities that exporters will need to comply with will change on January 1.

“So can I urge the government to step up engagement so businesses across the across the country – large and small – are ready for the end of the transition period?”

Responding, Mordaunt said: “We hope to be able to start doing that very soon indeed.”