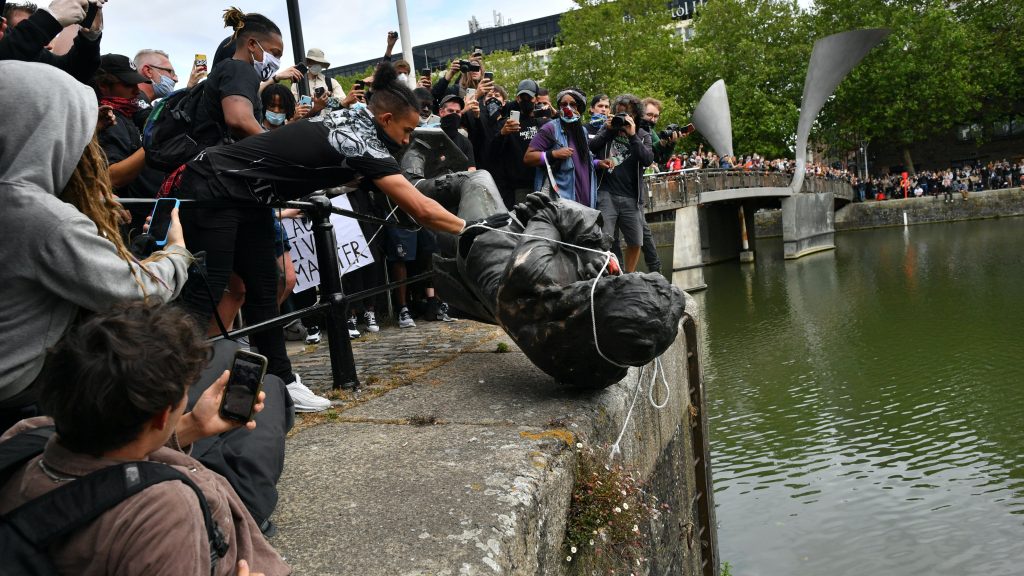 A Conservative Party councillor has described 17th century slave trader Edward Colston as a “hero” to the city of Bristol, claiming that his statue was pulled down by a “criminal mob”.

According to the BristolLive website, Cllr Richard Eddy, who represents the ward of Bishopsworth on Bristol City Council, condemned the toppling of the controversial statue amid protests stemming from the killing of George Floyd in police custody in the US.

Floyd died last month after a police officer in Minneapolis restrained him by holding a knee on his neck – an incident that sparked worldwide protests over police violence.

The bronze memorial to Colston stood in Bristol until it was pulled down, dragged through the city and dumped in the harbour during a Black Lives Matter protest on Sunday.

In comments published by BristolLive on Tuesday, Cllr Eddy said: “I am horrified and appalled by the rank lawlessness which was exposed in Bristol on Sunday when the famous statue of Edward Colston was attacked and vandalised by a criminal mob.”

He added: “Edward Colston to me and generations of Bristolians stands out as a hero whose wealth has continued to benefit the housing, education and healthcare of the citizens of this city.”

Cllr Eddy also claimed he had had been contacted by “outraged” constituents over the incident, and hit out at the local police force and Bristol’s mayor.

He said: “Since this frenzied thug violence on Sunday, I have received a stream of outraged responses from constituents and others – more than I’ve ever received in such a short time in my 28-year council service.”

He added: “I am equally outraged by the feeble comments, effectively condoning violence, of Mayor Marvin Rees and the pathetic hand-wringing of senior Avon & Somerset police officers. Over the coming days and weeks, both need to be held to account by Bristolians.”

In 2001, Cllr Eddy resigned as deputy leader of the council’s conservative group after adopting a golliwog as a mascot and facing criticism from racial equality groups and his own party.

Pressed if the Prime Minister regards Colston as a hero, the spokesperson said: “It’s not a discussion I’ve had with him, you’ve got his words from last night and I have nothing more to add.”

Following protests across the UK on the weekend, Johnson acknowledged many of the activists’ concerns were “founded on a cold reality”.

The prime minister added that those who harmed police or property would face “the full force of the law”.

Chief constable Andy Marsh of Avon and Somerset Police has defended his officers for not intervening to stop protesters pulling down the statue.

He said that had his officers intervened to arrest those responsible, there would have been a “very violent confrontation”.

The force has launched a criminal damage investigation into what happened to the statue, which has long been a source of controversy in the city where it has been situated since 1895.

Meanwhile, Rees said he felt no “sense of loss” after the statue was pulled down.

Rees said he could not condone the damage to the statue, but praised the police response.