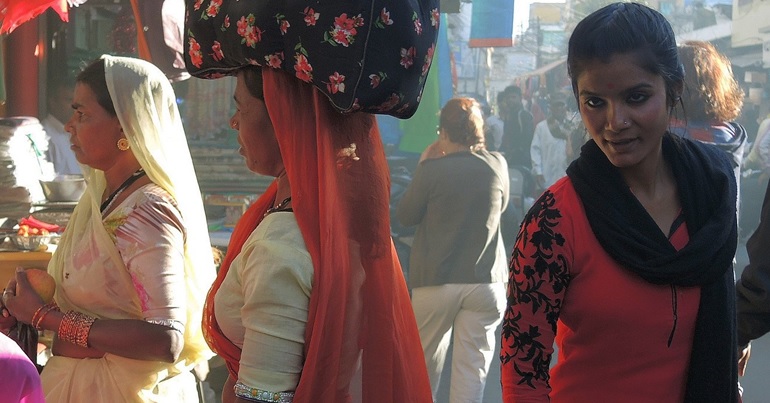 Trigger warning: this article mentions cases of sexual violence that may cause some readers distress.

Women around the world have been suffering from an increase in domestic violence during coronavirus (Covid-19) pandemic lockdowns. And this seems to be the case in India, where around a third of women have reportedly experienced such violence in their lives. Indeed, a 2018 poll of experts found India to be “the world’s most dangerous country for women”.

Sexual violence has become almost commonplace in India. And survivors are all too often unable to get the justice they deserve. This is something the world needs to talk about.

In the infamous ‘Nirbhaya’ case of Jyoti Singh, it took seven years for an Indian court to finally convict four men involved in her gang rape and murder. Singh, 23, was attacked on a public bus in Delhi in December 2012 before being dumped in a roadside ditch and dying of her injuries. Her tragic case grabbed international headlines, ignited embittered protests across the country, and thus pushed the problem of sexual violence in India into the spotlight. Thousands took to the streets to demand action in her name, with the media labelling her ‘Nirbhaya’ – meaning ‘fearless’.

This was not an isolated incident, though. Regardless of age, women and girls across the country have been subjected to rape and even murder. On Friday 29 May, for example, a 10-year-old girl was reportedly raped by her neighbour in the early hours of the morning. He had allegedly taken her into his house while she was asleep.

The cruelty of these incidents is shocking, but so are the numbers. The National Crime Records Bureau documented 415,786 rape cases between 2001 and 2017; this means 67 women have been raped every day, or one woman every 21 minutes. In 2017, the government reported that 32,559 rape cases were made known to police, with around a third of the victims being 18-years-old and under.

Prevalence of sexual violence, along with the high risk of human trafficking for domestic work, forced labour, forced marriage, and sexual slavery, were key reasons why India was named the most dangerous country in the world to be a woman by the Thomson Reuters Foundation in 2018. Embarrassingly for India, it was ranked even worse than places like war-torn Afghanistan and Syria. But why exactly does this ‘rape culture’ prevail in the world’s largest democracy?

First, the culture of impunity for sexual crimes remains firmly embedded. Only slightly over 18,000 court cases were completed in 2017, and the conviction rate remains just over 30%. As one criminal psychologist told DW, meanwhile:

Rape is a non-bailable offense in the Indian penal code…

But people do get bail because of a lack of evidence [in many cases]. The accused are often sheltered by police, or politicians, or even lawyers

The path to justice for the victims is also excruciatingly slow. India’s judicial system is witnessing a backlog of court cases, with over 127,000 waiting for trial; and even such a highly publicized case as the ‘Nirbhaya’ rape took seven years to close. Flaws in the country’s judicial system are not only making it hard to penalise crimes, but also giving way to and justifying vigilante justice. For example, men accused of the recent Hyderabad rape were all shot dead by the police in what some suspect could be an extrajudicial killing – an act met by the citizens with street celebrations rather than condemnation.

The sluggish legal system is not the sole problem, though, and serious social issues underlying the crisis remain unaddressed. Experts say deep-seated patriarchy has created a ‘second-class‘ status for women in India. From early on, boys and girls are taught what their roles are within society – that men are dominant, powerful, and protective, while women must simply obey. Representatives from the Equal Community Foundation, for example, claim that many poorer Indian boys “believe that girls in Western clothes are immoral, and that they can be harassed because they are asking for it”.

Both the legal flaws and the social misconceptions are not unchangeable. But the Indian ‘rape pandemic’ is on the rise. This could be in part because those who potentially could address those issues might not be very interested in doing so. Indeed, many of India’s MPs have criminal records, with nearly 43% of the members having a criminal past. Furthermore, there is close to zero effort on the side of national or local governments to tackle the problem. For instance, although the ‘Nirbhaya’ fund was created after the infamous 2012 case for initiatives to help women’s safety, it doesn’t appear that there is much interest in solving these cases as 91% of this fund is not used.

What can the international community do to help?

There also needs to be serious work on changing the education system, because young Indians’ perceptions of men and women’s roles in society are crucial in addressing the root causes of the problem. This will take time, but it’s essential and urgent. In the meantime, the international community could work with and fund local non-governmental organisations which often fulfil the roles in which the government fails so badly. They provide support to victims, and work to educate young boys and girls on gender issues. Their capacities, however, are often desperately insufficient given the magnitude of the problem.