Lettering removed from outside of Colston Hall - The Canary 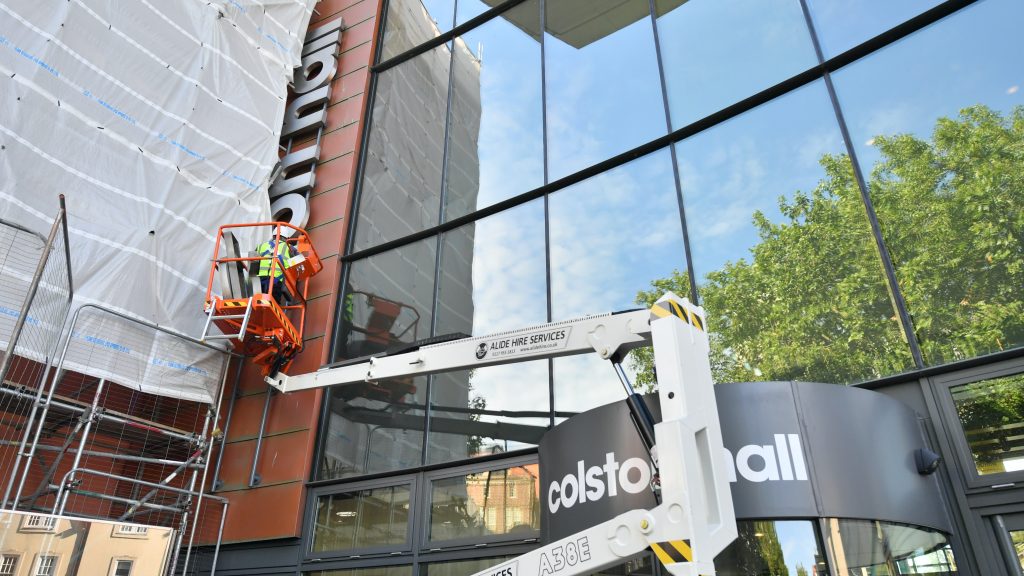 Music venue Colston Hall has removed lettering from the outside of its building ahead of a planned name change.

It was named after Edward Colston, the 17th century slave trader, and built almost 150 years after his death.

Bristol Music Trust, which runs the venue, announced in 2017 that the name would be changed this year following a £49 million refurbishment.

The organisation said on Monday morning that removing the lettering is “just one step on our road” to revealing the new name this autumn.

The move comes after a statue of Colston was toppled and thrown into Bristol Harbour during a Black Lives Matter march on 7 June.

“We have taken this action as a symbolic moment and a public demonstration of the commitment we made three years ago to change our name,” Bristol Music Trust said.

“The name Colston has been divisive for many years and we have personally experienced strong views from both sides since our declaration in 2017 that we would be changing.

“We have worked hard since then to understand the issues involved and consult widely to find a new name.

“We believe we are here to share the unity and joy that music brings us.

“The hall was built 150 years after Colston’s death and not founded with any of his money. We cannot continue to be a monument to his memory.”

The charity said the redeveloped building would be “a place that is welcoming to everyone” when it reopens.

Some bands, including Massive Attack, previously refused to play at the venue due to its name.

On 7 June, protesters used ropes to pull the Colston statue – which was erected in 1895 – from its plinth in Bristol city centre.

It was then dragged to the harbourside, where it was thrown into the water at Pero’s Bridge – named in honour of enslaved man Pero Jones who lived and died in the city.

Bristol City Council retrieved the statue, which will be displayed in a museum along with placards from the Black Lives Matter protest, from the water on 11 June.

Colston’s Girls’ School is to launch a six-week consultation in September on whether it should be renamed.

The separate Colston’s School, which was founded by the merchant in 1710, is also considering a name change.

On Friday, the Society of Merchant Venturers (SMV) – which plays an active role in managing three institutions that bear Colston’s name – said it is “supportive” of both schools.

In a statement, the SMV said the fact that Colston’s statue has been removed is “right for Bristol”.

“To build a city where racism and inequality no longer exist, we must start by acknowledging Bristol’s dark past and removing statues, portraits and names that memorialise a man who benefited from trading in human lives,” it said.

A commission of historians and other experts is to be set up in the city to consider its past and share its stories, Bristol City Council confirmed last week.