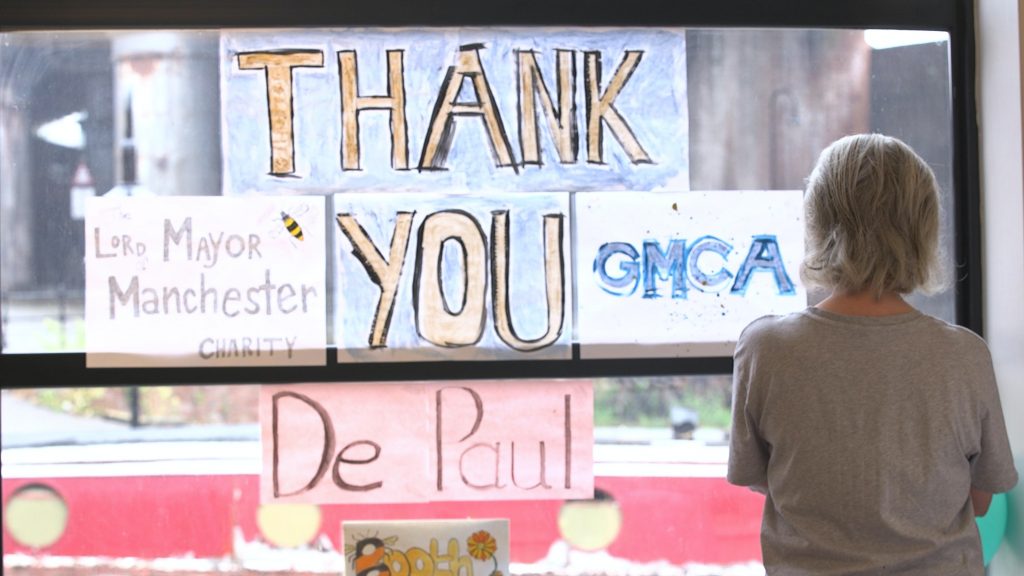 A rough sleeper has shared how the coronavirus pandemic gave her life a fresh start after she was provided with emergency accommodation.

Susan, an NHS worker in her 50s, became homeless after she was evicted in October last year after complaining to her landlord about her accommodation.

The Dublin-born hospital administrator found herself one of the 5,000 or so people out on the streets after sofa-surfing and staying in cheap hostels for a time.

By January she was looking for shelter on the streets of Manchester in winter, despite being employed.

“It was almost like I didn’t really believe this was happening,” she said. “Is this really happening? Is this where I am?

“I worked. I didn’t feel I could tell people in my workplace I was homeless, because they had no understanding of that.

“Alone and outside of anything and anybody, because your average person with the average job and the average life cannot comprehend why you might be homeless.”

As the coronavirus (Covid-19) virus spread, the government launched the unprecedented ‘Everyone In’ campaign in March, helped by local councils, so all rough sleepers had a roof over their head and somewhere they could self-isolate if necessary.

This national effort now hangs in the balance as the lockdown lifts and Whitehall and local authorities are in dispute over who now pays and what happens next.

Homeless charities have warned that rough sleepers could end up back on the streets as hotels and hostels revert to regular paying customers.

Susan agrees with support workers that the government scheme has transformed lives, including her own.

After studying at the University of Glasgow, she completed a degree in ancient Greek language and literature at Manchester University and now works at the city’s Royal Infirmary.

She was placed in a hotel in central Manchester as the Greater Manchester Combined Authority (GMCA) co-ordinated the huge effort to get the estimated 1,000 rough sleepers in the region inside during the pandemic.

“Unfortunately it’s taken a killer disease to get this together, to get people helped, people who needed help who would otherwise just not even been seen,” she said.

“Working with support staff… pretty much carried me out of a bad place into a much better place.

Dave Batchelor, who works for De Paul UK, a homeless charity and team leader at the hotel, which is not being named in an effort to protect the vulnerable residents, has been looking after the guests with the help of a volunteer chef and donated food for up to 40 people.

Support staff from Manchester City Council and St John’s Ambulance, as well as mental health and substance misuse teams, have worked with some residents while they have been off the streets.

Batchelor said: “These hotels provided a lifeline for those people who couldn’t rely on those services anymore.”

He said one heroin user was supported by staff to detox during his stay and is now working.

“You see the contrast from somebody maybe coming in who maybe, large beard, not looking that great and they’ve got a shower in their room, they are able to look after themselves in a way they weren’t able to normally,” Batchelor added.

“It’s been an opportunity for people to get settled, to feel part of something and to work through, when people have problems.

“I know from my experience here in this place that people have changed their behaviours, their habits have changed.

“People don’t choose to live in chaos, sometimes chaos is forced upon them and they survive as best they can.”

Every resident has been given an offer of accommodation and Susan will leave this week for a fresh start in a new home but thankful to the staff and volunteers who have helped.

She added: “Covid, I suppose, in a superficial sense provided that opportunity, unfortunately.