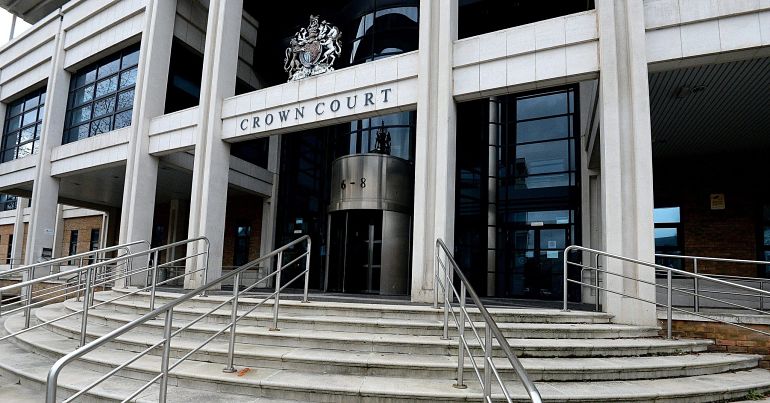 Courts face a backlog of more than half a million criminal cases, official estimates show. Some of the rise comes as a result of the coronavirus (Covid-19) pandemic. But a critic of the government’s approach has said the bulk of the problem has nothing to do with the pandemic. And the critic has cautioned against reducing the use of juries to clear the backlog.

The number of cases waiting to be heard by magistrates increased by 22% between the week ending 8 March and 17 May to around 484,000, according to provisional data published by the Ministry of Justice (MoJ).

Shutting courts at the height of the outbreak and temporarily abandoning jury trials saw the number having to be postponed increase “sharply”.

Between January and 22 March, around 250 trials on average were vacated per week – meaning they were removed from a listing before the case was due to start so it could be put back to a later date. The number rose to around 400 between 29 March and 31 May.

The level of trials remains “historically low”, but a small number have now started to resume.

The number of cases going ahead has gradually risen again as restrictions are eased but the level still remains low, the MoJ report said.

The Justice Secretary told MPs on Tuesday that he hopes to clear the backlog of court cases exacerbated by coronavirus by Easter next year.

Robert Buckland said he was “duty bound” to consider measures that could provide the court capacity needed, adding that two-thirds “isn’t going to cut it” and 100% capacity, if not more, was required in order to deal with the caseload and get ahead of it.

Currently 246 court buildings are open to the public across the country, with 58 staffed by judges. Some 86 have reopened since the beginning of June but there are 37 buildings where operations are still suspended, he said.

Some 19 crown courts are operating by spreading trials out across two or three rooms.

The most urgent cases are still being prioritised but officials are now seeking to list all magistrates’ court matters.

Facing questions over whether he would consider temporarily scrapping the use of juries for trials, he said all options had to be considered and he was “still very attracted” by the idea of using smaller juries, as were used during the Second World War when numbers were cut from 12 to seven except for murder and treason cases.

However, writing on Twitter, The Secret Barrister suggested the pandemic is being used as a cover for the government’s own cuts to the legal system:

I worry that this seismic change to our constitution is not being given the attention it urgently warrants. So I'll say again:

The government wants to abolish jury trials in order to address a court backlog caused by its own cuts, under the pretence that it was caused by Covid.

The Twitter thread explains that the crown court backlog was already 39,000 before coronavirus. Indeed it went as high as 50,000 in 2014. And yet no special measures were deemed necessary. The Secret Barrister highlighted the risk of any move away from jury trials by highlighting a thread from lawyer Joanna Hardy which looks at the lack of diversity among the judges and magistrates who could replace jurors.

So, for those at the back:

🔴The court backlog was caused by govt cuts, not Covid
🔴We had a bigger backlog in 2014 and nobody suggested abolishing juries
🔴Any decision to replace juries with judges & magistrates would be in the interests of government, not justice.

Plans are under way to use a variety of other buildings to make more space for hearings and there are talks on keeping courts open longer.