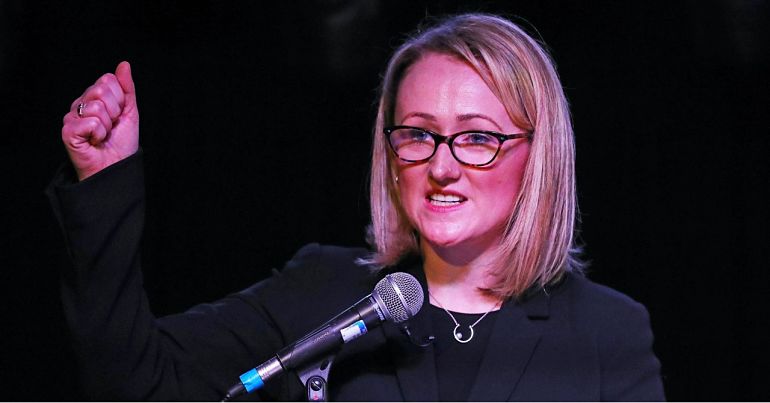 Rebecca Long-Bailey has been dramatically sacked from Labour’s shadow cabinet after sharing an article supposedly containing an antisemitic conspiracy theory. 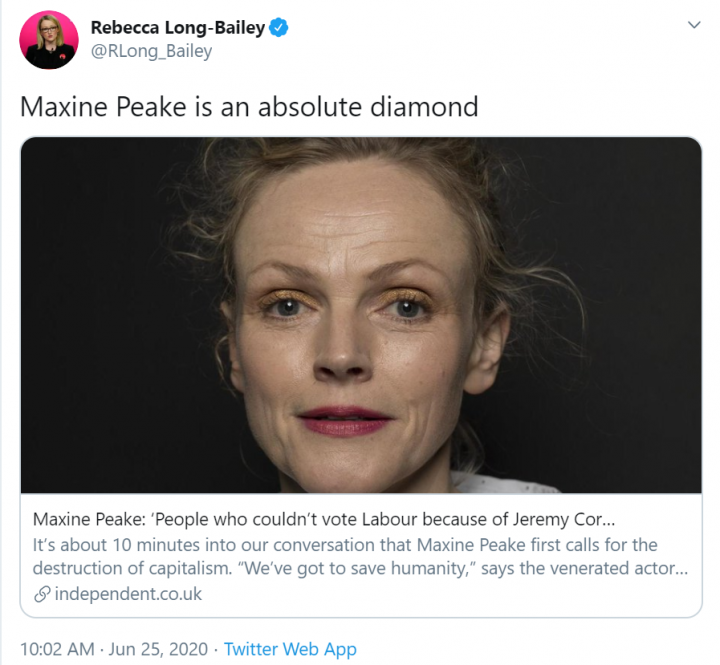 Among many points covered in the interview in the Independent, Peake referred to the killing of George Floyd. Peake claimed: “The tactics used by the police in America, kneeling on George Floyd’s neck, that was learnt from seminars with Israeli secret services.” The Independent added the following note: “(A spokesperson for the Israeli police has denied this, stating that “there is no tactic or protocol that calls to put pressure on the neck or airway”.)”.

The Independent article also carries the following footnote: “UPDATE (25.06.20): A previous version of this article reported that a 2016 Amnesty International report had found that hundreds of US law enforcement officials had travelled to Israel for training. Our article also implied that this training could have included neck kneeling tactics. While it is true that US law enforcement officials have travelled to Israel for training, there has been no suggestion that this training involved the tactics referred to in the article. The article has been amended accordingly.”

A spokesperson for the Labour leader said:

This afternoon Keir Starmer asked Rebecca Long-Bailey to step down from the Shadow Cabinet. The article Rebecca shared earlier today contained an anti-Semitic conspiracy theory. As leader of the Labour Party, Keir has been clear that restoring trust with the Jewish community is a number one priority. Anti-Semitism takes many different forms and it is important that we all are vigilant against it.

Following the announcement, Long-Bailey laid out some thoughts in a Twitter thread. She made the point that Peake is a constituent of hers:

https://t.co/XyTPHR40Qd I retweeted an interview that my constituent and stalwart Labour Party supporter Maxine Peake gave to the Independent. Its main thrust was anger with the Conservative Government’s handling of the current emergency and a call for Labour Party unity.

Throughout discussion of anti-Semitism it’s always been said criticism of practices of the Israeli state is not anti-Semitic. I don’t believe therefore that this article is or Rebecca Long-Bailey should’ve been sacked. I stand in solidarity with her.

a reckless over-reaction from someone who promised to end factionalism in the party and political interference in disciplinary matters. Keir has now made these tasks harder.