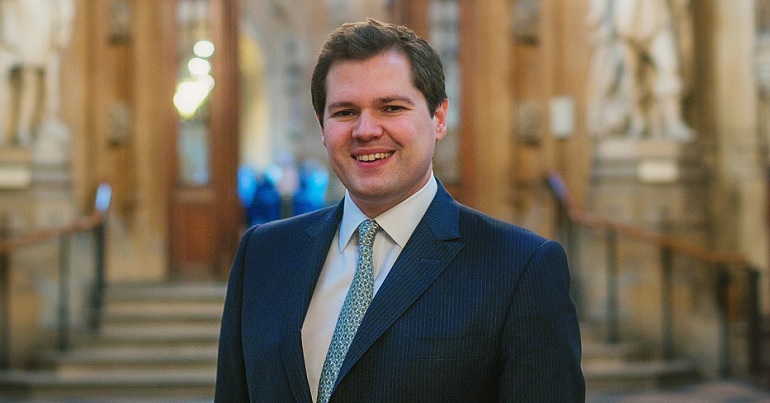 Pressure is growing on housing secretary Robert Jenrick to resign, as more revelations about his involvement with ex-Daily Express owner Richard Desmond have come to light. And while the story is symptomatic of ‘Tory corruption‘, as many have been saying on Twitter, the furore encapsulates something deeper than that.

As The Canary previously reported, a storm has been brewing around Jenrick and his signing off on Desmond’s plans for the Westferry Printworks development in east London:

The housing secretary has faced accusations of ‘cash for favours’ after it emerged the developer… Desmond, had personally given the Conservative Party £12,000 two weeks after the scheme for 1,500 homes was approved….

Jenrick has since had to quash his own approval, conceding the decision was ‘unlawful’.

Since then, the furore has grown. Ministers and Tory MPs have come out to defend Jenrick. Text messages have revealed the communication between him and Desmond. Meanwhile, despite oppositions parties calling for Jenrick to quit, Boris Johnson says the matter is “closed”.

It’s also emerged that Jenrick himself apparently benefited from some ‘inside help’ for his own property:

Another mind-boggling story about Robert Jenrick.

He had a planning application rejected twice by the council, then he got elected as a Conservative MP, resubmitted it in his wife’s name, and – hey presto – Tory councillors intervened to approve it. https://t.co/OF6WaU2KgQ

While #ToryCorruption has been trending on Twitter, this story is also a pertinent example of another entrenched problem in the Conservative Party: its relationship with the property world.

As The Canary investigated, in 2018, the Tories got at least £1.3m in donations from individuals and companies linked to the property sector. But this cosy relationship is nothing new. Brett Christophers wrote for UnHerd:

Since Margaret Thatcher’s accession to power in 1979, the Tories and the property sector have been the core pillars of what the academic Philip Kivell 30 years ago described as a ‘coalition of interests’ ranged against public landownership that also included private landowners, financial institutions, private industrialists and the growing population of homeowners.

From the ‘right to buy’ scheme, to the NHS selling off vast chunks of public land via Jenrick and Desmond – ideologically the notion of land being a private asset is central to the Tory Party. The question of ‘why’, though, is not as clear cut.

Christophers describes how land and property, through the Tories’ eyes, is:

better off in private-sector hands, where it will allegedly be managed more efficiently and – through market mechanisms – allocated more productively.

And of course, it’s also intrinsically about money. The selling off of public land to private institutions is central to Tory policy. And the people benefiting from this (housing developers and financial institutions) are often major Tory donors.

But ultimately, there is also the not-so-small matter of the national balance sheet.

The Office for National Statistics (ONS) describes the national balance sheet as:

a measure of the national wealth, or total net worth, of the UK. It shows the estimated market value of financial assets, for example, shares and deposits at banks and non-financial assets like dwellings and machinery. Market value is an estimate of how much these assets would sell for, if sold on the market.

The estimates are used for international comparisons, to monitor economic performance and inform monetary and fiscal policy decisions.

In 2018, the UK’s net worth was an estimated £10.4tn. Of this, land itself was valued at just over £4tn. “Assets overlying land”, which includes “dwellings” and “other buildings”, was valued at £1.54tn. That’s over half of the UK’s national wealth tied up in land and property. And since 1995, the values of these have increased: 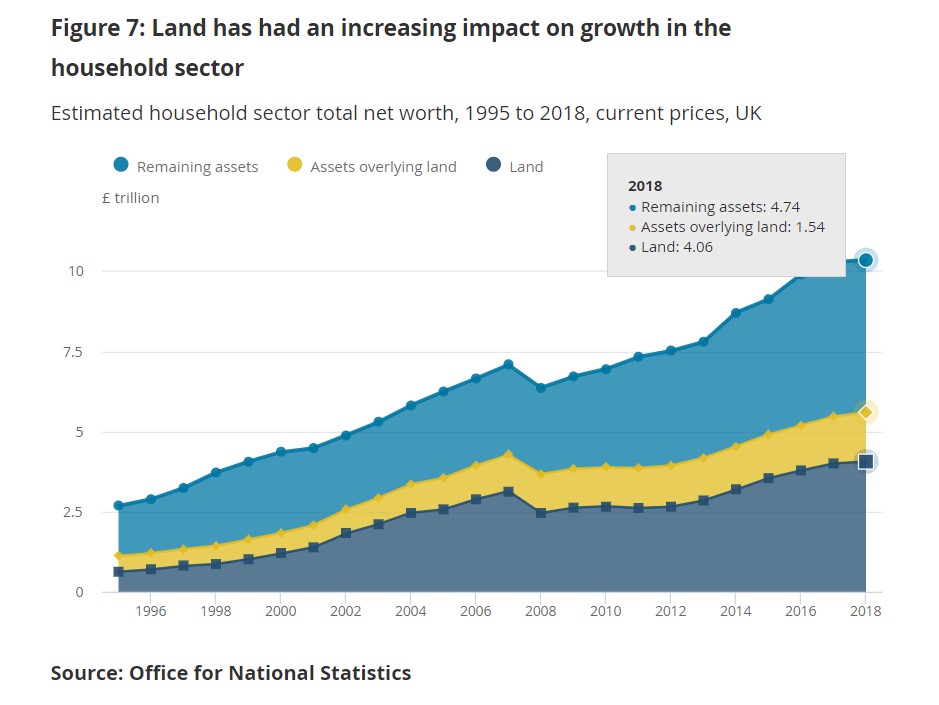 Canary editor-at-large Kerry-anne Mendoza discussed the idea of sub-prime mortgages in her book Austerity: The Demolition of the Welfare State and the Rise of the Zombie Economy. As she noted, financial institutions were essentially lending money to people not knowing if they would be able to pay it back. She said:

At every point of these exchanges, significant fees were being handed over, generating paper profits and making balance sheets look amazingly positive, with no actual product or service underpinning them.

The same principle can be applied to the UK’s finances as a whole.

Monopoly money for the few

By bolstering up our wealth via the national balance sheet with inflated prices of land and property, the rich get richer, people can borrow more, and the government looks like it’s doing a good job. Except it’s all monopoly money, the value of which is artificially created for the benefit of a very few people.

Conservative policy and the actions of its MPs do little to dispel the notion that the party is inherently tied to the corporate capitalist property world. The Jenrick furore is a microcosm of a broader problem; one where the interests of the few outweigh those of the many.