Revealed: The astonishing amount the Conservative Party has accepted in donations from property companies in 2018 - The Canary 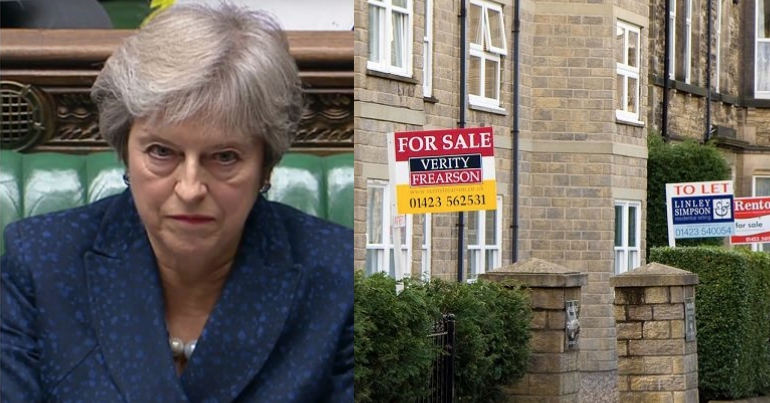 An investigation by The Canary has revealed shocking information on the people funding the Conservative Party. The party received at least £1.3m in donations from individuals and companies with links to the property sector in 2018.

The companies and individuals in question are involved in different aspects of the property sector, from lettings to development to construction.

The Canary analysed all donations made to the Conservative Party over £10,000 so far this year. The analysis just counted single donations over £10,000 and did not include smaller donations even if made from the same source. Figures were obtained via the Electoral Commission database.

A total of 42 donations from individuals or companies linked to the property sector of £10,000 or more were accepted by the Conservative Party in 2018. Of these, the largest singular donations, at £100,000 each, came from Leopold Noé and Roger Orf.

Noé has long had connections with a number of real estate companies, and his website states he has “over three decades of experience in the property industry”.

According to Market Screener, Orf has similarly strong ties to the property sector. A biography of Orf on its website states:

He has over 25 years of real estate management experience, and he has been responsible for acquiring more than $10 billion of real estate and real estate-related investments over his career.

But the largest amount donated to the Conservatives from an individual linked to the property industry came from elsewhere. David Brownlow, made five separate donations over £10,000, totalling £327,000. Four of the donations were to the Central Party and one donation of £20,000 was to the Maidenhead branch of the party. Brownlow founded the Havisham Group, which, among other things, is engaged in “property development in the south of England and Scotland”.

The ten individuals donating the most money to the Conservative Party with links to property companies in 2018 are:

According to the parameters of The Canary’s analysis, the ten property companies donating the most money to the Conservative Party in 2018 were:

The Canary approached the Conservative Party for comment but had not received a reply at the time of publication.

Property sector in the spotlight

The Conservative Party receiving so much funding from the property sector is controversial –  housing is one of the most pressing political issues of the day.

Rough sleeping has risen for seven consecutive years. Analysis from 2017 found that people in the UK spend a quarter of their income on rent. In London, this rises to half of people’s income, and poorer households across the country spend up 47.4% of their income on housing. Meanwhile, studies on gentrification have highlighted that less wealthy people are being driven out of their communities due to a lack of affordable housing.

The property industry plays an important part in all of these problems. Estate agents and property developers have faced allegations that they take intentional steps to drive up property prices in an area. Developers have also been found to be using legal loopholes to avoid building affordable homes. And the system of buy-to-let property markets has pushed up both rents and house prices.

The murky world of party funding

This isn’t the first time party donations have come under scrutiny.

Adam Ramsay and Peter Geoghegan have shown the way in which money funding the Leave campaign in the 2016 EU referendum was channelled through the DUP. Ramsay alleges:

there is no donor transparency in Northern Ireland. Someone is using them [the DUP] as a front to funnel secret money into the referendum campaign.

Previous donations have also embarrassed the Conservatives. In 2017, the party was found to have received more than £390,000 from oil bosses since Theresa May took charge. Between 2015 and 2017, a quarter of the party’s donations were from bankers or hedge funds. Earlier this year, the party was criticised for accepting over £820,000 from Russian oligarchs since May became leader.

The public need to know who is providing the money for our political parties. And these latest figures show just how much cash the Conservative Party is taking from the property sector and people who play a key role within it.