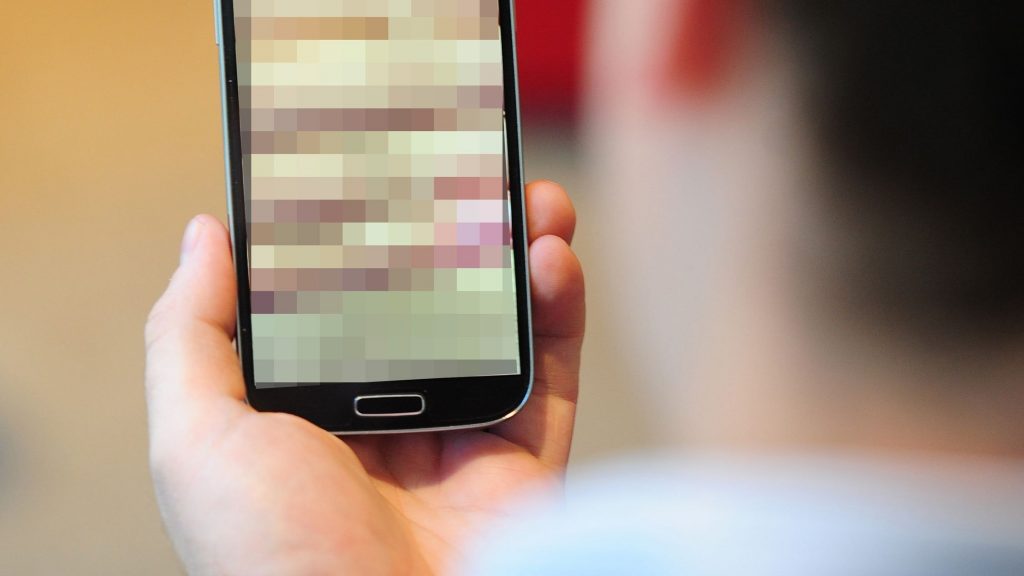 Women aged 18-34 are twice as likely as the general population to have intimate or sexual photos of themselves used against them in this way, Refuge said. The charity’s technology abuse team said threats to share intimate images are rising have become a common form of abuse.

Refuge is launching this campaign as the Government heads into the report stage of the Domestic Abuse Bill with a clear ask: the law urgently needs to change and the Bill provides the Government with the perfect opportunity to act quickly and decisively.

Sharing an intimate image is already a crime – rightly so – but now the law needs to move with the times and recognise that threats to share these images causes serious harm regardless of whether the threat is then carried out.

Those who threaten to share such images can already be prosecuted under existing offences, but we have asked the Law Commission to make sure our laws are keeping pace with these evolving crimes.

The victims’ commissioner for England and Wales, Vera Baird, said:

Victims speak of not going out and being unable to meet anyone new because they feel sure that everyone has seen their intimate image online.

One victim referred to it as ‘like being raped again and again in public’.

It is an increasingly used, and very potent threat by domestic abusers, especially if their victim threatens to leave.

Threats to share these images play on fear and shame, and can be particularly dangerous where there might be multiple perpetrators or so-called ‘honour-based’ abuse is a factor.

What’s more, the advent of new technologies enable perpetrators to make these threats even where such images do not exist, but there is no clear criminal sanction for this behaviour.

If prosecution is not possible officers will signpost victims to groups like the National Stalking Helpline who can offer support and advice.

The College of Policing has produced a briefing and training note which all officers involved in these types of investigations can access.

Threats not taken seriously by police

One in seven young women and one in nine young men in England and Wales had experienced threats, Refuge’s survey of 2,060 people found. The survey included 282 women aged 18-34.

Just under two thirds of the women did not report the threats to the police. Refuge said those who do are commonly told nothing can be done unless the image is shared because a threat is not illegal.

Of those who received threats, almost a quarter (23%) of women and 40% of men said the image was then shared on social media platforms. Refuge has said this could have been prevented if threats were made a crime.

While 60% of those who experienced threats were under 40, around one in eight were in their 60s. This suggests victims can be from any number of age groups.

Other forms of abuse

Of the one in 14 women overall who received threats, 72% were threatened by a current or former partner. And of these, an overwhelming 83% experienced other forms of abuse.

Around four in 10 of the women had also experienced coercive and controlling behaviour or emotional abuse. A fifth experienced other forms of technology abuse such as phone monitoring, while more than one in four women were sexually abused.

Natasha, 31, was six months into a relationship with her now ex-husband when he persuaded her to pose for photos. She said:

He would berate me and mock my appearance until I gave in. Posing for these photos made me feel so dirty and worthless, but I was just a teenager and I wanted to make him happy.

The threat of those intimate photos being shared was my worst nightmare – I had no choice but to comply with his continued abuse or face potential shame and humiliation.

Eight in 10 (83%) of the women who received threats said their mental health and wellbeing suffered, while more than one in 10 said they felt suicidal.

More than three quarters (78%) changed the way they acted, with one in 10 allowing the perpetrator contact with their children. A slightly lower proportion said they felt forced to continue or resume the relationship.