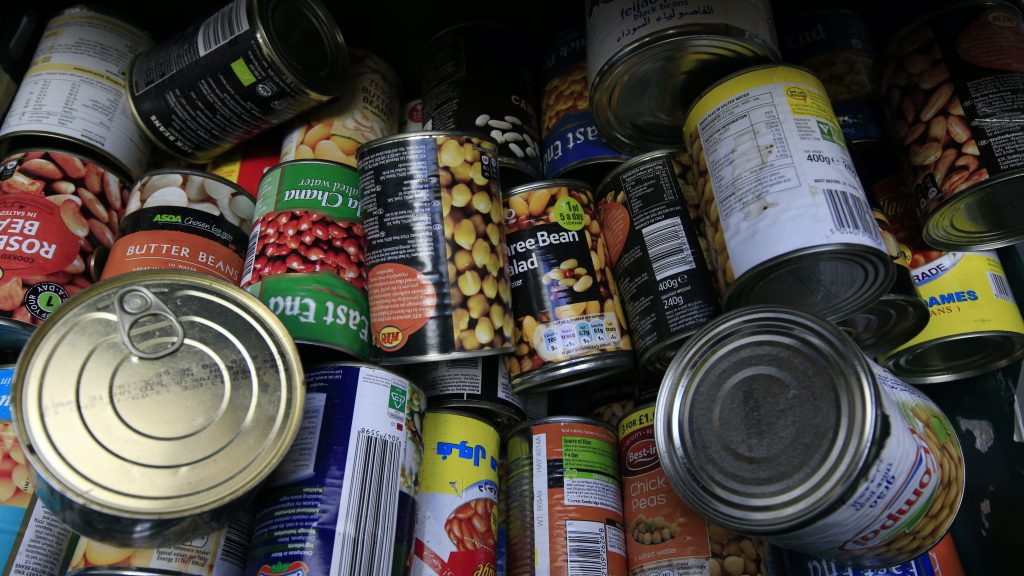 The number of emergency food parcels distributed by foodbanks in the UK more than doubled between the start of the coronavirus (Covid-19) pandemic and May, providers say.

There were almost two-and-a-half times as many parcels distributed in May than in February, according to a survey of 191 foodbanks who are part of the Independent Food Aid Network (IFAN).

26,623 people used the participating foodbanks in February, rising to 56,023 people in May.

Comparing May 2020 with May 2019, the number of emergency food parcels distributed increased by 177%, while the number of foodbank users rose 135%.

Including responses from 40 venues that did not contribute data for all the previous months in the survey, such as those which started distributing parcels for the first time during the lockdown, a total of 80,489 people were supported in May with 117,639 parcels.

The network believes that need will only rise as measures including the job retention scheme end and the financial impact of the crisis begins to bite.

It is urging the government to stop relying on the compassion of volunteers to fill an “ever-growing gap”.

In a letter to prime minister Boris Johnson, they write: “Many of our teams have been running beyond capacity for months as we have responded to the immediate crisis in extremely challenging circumstances – but the lifting of lockdown does not signal a reprieve for us.

“Unless decisive action is taken, we know that millions of people will continue to face poverty in the coming months and that millions more will join them.”

They are calling for an end to the five week wait for the first Universal Credit payment, the removal of the benefit cap, the end of zero-hours contracts and for the No Recourse to Public Funds condition to be suspended.

Sam Gilchrist, of the West Northumberland Foodbank in Hexham, said they are helping people who have never used a foodbank before, adding: “At this point I can only see a rise in demand on our voluntary services and we are bracing ourselves for further job losses and yet another rise in poverty.”

Anna Taylor, executive director of the Food Foundation, added: “These data show the food insecurity crisis has not peaked. Far from it.”

Sabine Goodwin, IFAN coordinator, said: “Now is the time to focus on what’s causing people to fall into and become trapped in poverty and to address the policies driving foodbank use in the first place.

“The Chancellor’s concessions are welcome but they do not go anywhere near far enough to tackle the desperate crisis that is unfolding.”