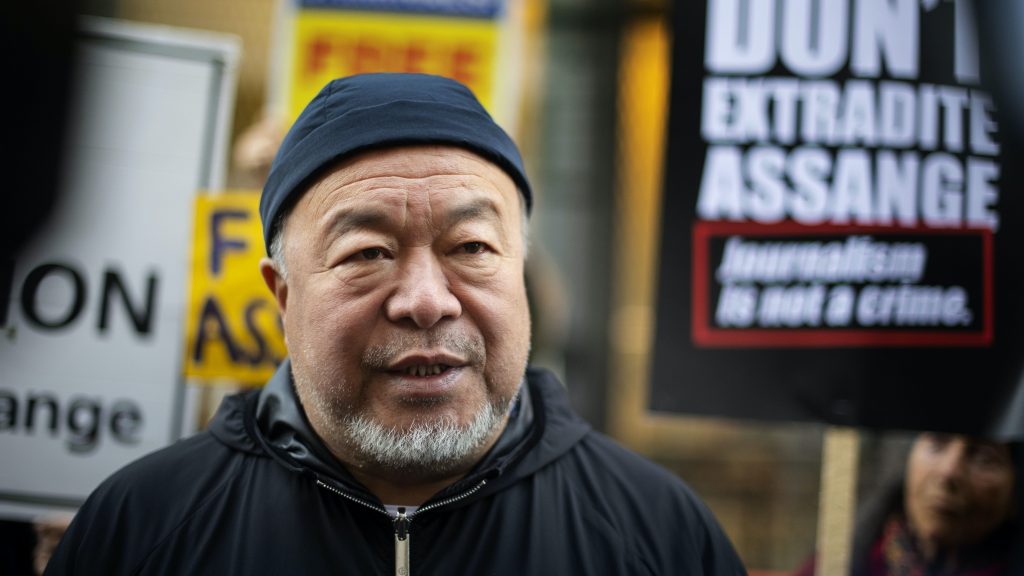 Chinese contemporary artist Ai Weiwei has staged a silent protest against the extradition of WikiLeaks founder Julian Assange because “all the words we want to say are already there”.

Assange’s case has attracted the support of high-profile figures including fashion designer Vivienne Westwood, actor Pamela Anderson, and rapper MIA, who have spoken out in various forms for the Free Assange campaign.

The former journalist is fighting being sent to the US on charges relating to leaks of classified documents exposing war crimes and abuse.

Outside the Old Bailey in London, where his ongoing trial is taking place, Weiwei told the PA news agency Assange represents “a core value of why we are free”.

Weiwei, who knows Assange personally and has visited him at the Ecuadorian embassy and HMP Belmarsh high security prison in London, said: “It’s getting more and more difficult for him.

“He is prepared to fight, but this is not fair to him.”

“He truly represents a core value of why we are free – because we have freedom of the press.

“We have to have that, to protect that value, otherwise who knows what’s going to happen.”

When asked why he chose to protest silently, Weiwei said: “I think all the words we want to say are already there. To add anything, it’s just repeating.

“We need a lot of protesting, and it can take any form. I’m an artist, if I cannot use my art, it’s very limited, then I’d rather just be silent.”

Assange’s father, John Shipton, who was also protesting outside court, said Weiwei’s support for his son gives his cause “international meaning”.

“Ai Weiwei is an artist of gigantic international standing, he stands alongside Julian to give the fight international meaning,” he said.

“Really, he’s a tremendous man, I’ve known him for a few years now, we met at Belmarsh together, and he’s got a wonderfully steady nerve, you’d like him alongside you in any situation.”