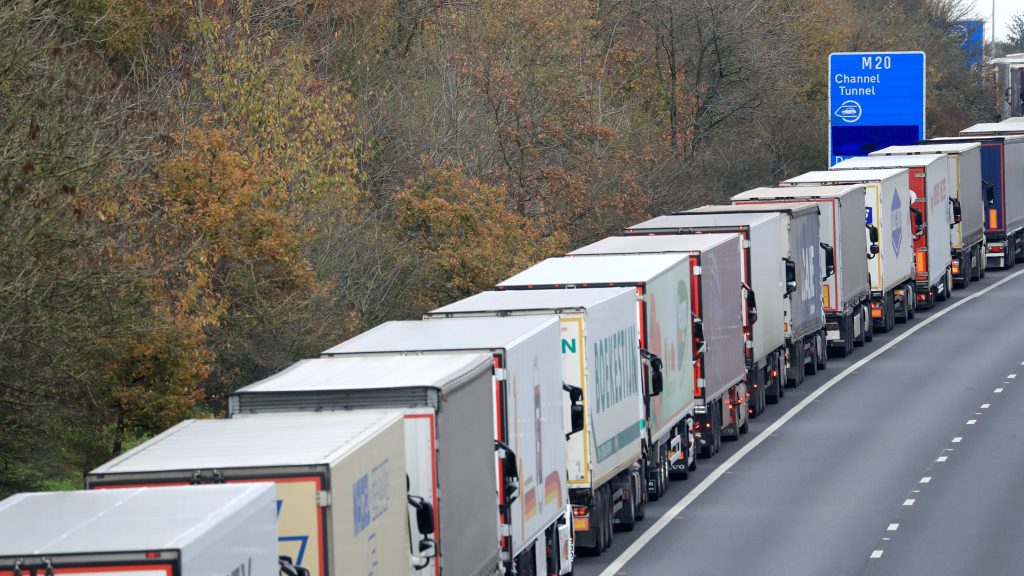 It’s feared that as many as 60% of Kent businesses are not prepared for a no-deal Brexit. Concerns have been raised that companies already “hanging on by their fingertips” after a year of pandemic disruption may not be ready for the “seismic shift” in trade.

This is despite Britain being just weeks away from the end of the transition period without a deal being struck.

The warning from a group representing businesses in Kent comes as a deadline on UK-EU trade talks looms this weekend.

Do you use the #M20 in #Kent? As part of EU Exit contingency plans we are testing the #moveablebarrier we've installed between junctions 8 and 9 coastbound. It means from Friday 11 December the M20 will be closed four nights. Find out more athttps://t.co/TnZ9jcTHmC pic.twitter.com/3sR0ecwVcq

Kent has been a focal point as the end of the Brexit transition period approaches, with a huge lorry park constructed by the M20 amid fears of miles-long queues of HGVs stacking up on the motorways.

The county council announced on Thursday that it has been given new powers to clamp HGVs and fine drivers if lorries are parked illegally.

Later on Friday, a live test of plans to keep traffic moving on the M20 in the event of cross-Channel disruption will be carried out.

But there are concerns that hundreds of businesses are unprepared for what is to come because they have not done their “homework”, according to the deputy chief of Kent Invicta Chamber of Commerce.

Speaking to the PA news agency, Tudor Price said he expects some disruption to Kent’s highways after 31 December, but that:

it’s not going to be gridlock. Where the problem will lie will be the businesses that have failed to address their paperwork requirements and the goods won’t be able to move.

That confusion and logjam will obviously have an impact on other parts of the movement and flow of goods through the county where we have got vehicles turning up and being turned away (at the border).

Price estimated that as many as 60% of Kent businesses are not prepared. He said those 60% are “hoping that the problem is going to go away because of a deal”. He added that businesses which have been left “battered and bruised” by the pandemic are frustrated at the government’s delay in reaching a decision.

We have got the pandemic where people are hanging on by their fingertips in some areas. We have had four years to get a deal and, yes, businesses are cross.

Price called on the government to make an “absolute decision” soon and then to allow businesses time to get used to any new rules.