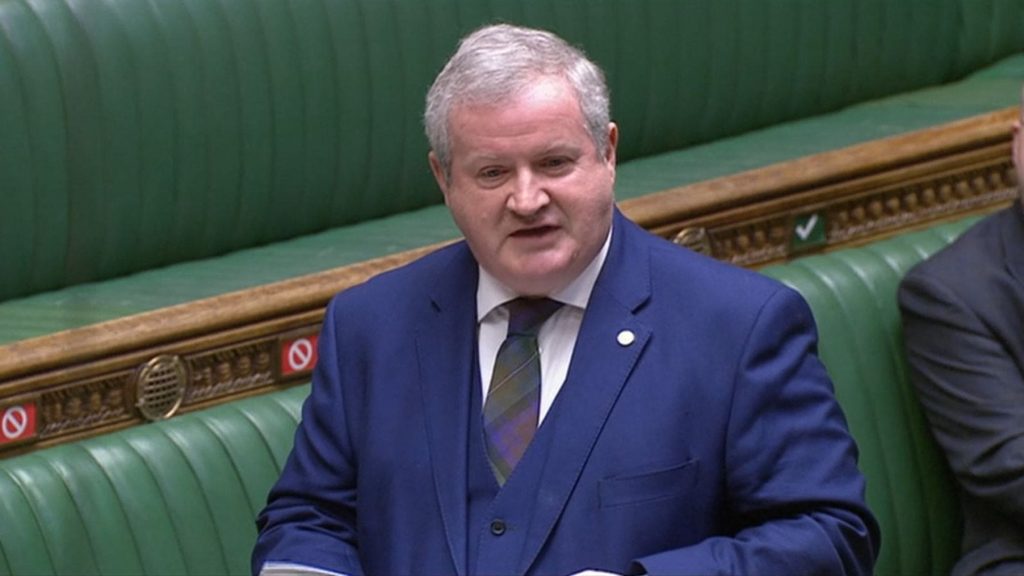 An economic stimulus of nearly £100bn is needed in the chancellor’s forthcoming Budget, the SNP’s Westminster leader has said.

Ian Blackford said a £98bn investment, equal to 5% of the UK’s GDP, would be needed to secure an economic recovery. He urged Rishi Sunak to extend the furlough scheme and provide further support.

In an article for Scotland on Sunday, Blackford said a “repeat of the Thatcher years” should be avoided.

We know Covid restrictions will still be with us for some time, so it is crucial that the Chancellor extends the furlough scheme and plugs the gaps in support to ensure that no-one is left behind. The SNP has repeatedly raised the plight of the three million people who have been completely excluded from Covid support, including many self-employed and freelance workers who haven’t been given any help by Westminster.

After a year of excuses, the Chancellor must finally act.

Responding to Blackford, the Treasury said details of the plan to protect jobs around the UK will be announced during the chancellor’s Budget statement on 3 March.

The UK Government has protected nearly a million jobs and thousands of businesses in Scotland since the start of the pandemic. And just this week the Treasury provided the Scottish Government with an additional £1.1 billion, enabling them to support people, businesses and public services affected by coronavirus.

At the Budget the Chancellor will set out the next stage of our plan to protect and create jobs in all corners of the UK.

Blackford also said in his article:

Above all, this should be a Budget that invests in growth and meets the huge scale of the challenge we face. That means a major fiscal stimulus of at least £98 billion – the equivalent of 5% of GDP – to protect people’s livelihoods and lay the foundations of an investment-led recovery.

The UK economy has suffered a record slump, shrinking by 9.9% in 2020. UK unemployment has risen to 5%, redundancies are at a record high, and there are over 800,000 fewer people in work.

We must not have a repeat of the Thatcher years – when the Tories left people on the scrapheap and caused lasting scars on our communities by failing to act.