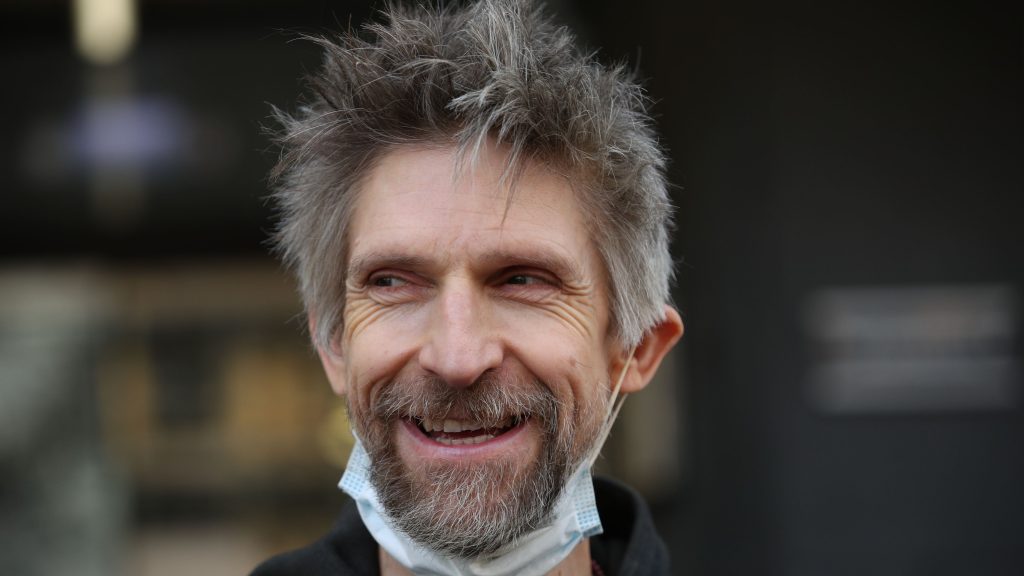 An anti-HS2 activist who spent almost a month underground in a network of tunnels in central London has denied aggravated trespass.

Larch Maxey, 48, was removed from Euston Square Gardens by bailiffs on 22 February after entering the tunnels as part of protests against the high-speed railway line. The geography lecturer appeared at Highbury Corner Magistrates’ Court on 23 February charged with criminal damage and two counts of obstructing or disrupting a person engaged in lawful activity.

The activist, from the group HS2 Rebellion, is accused of trespassing and disrupting HS2 construction work at Euston Square Gardens by refusing to leave a tunnel under the site between 27 January and 22 February.

He is also alleged to have damaged a mobile phone, belonging to Vision Limited, at the site between 17 and 19 February. Maxey is further accused of trespassing on a separate HS2 site on Hampstead Road and disrupting work by climbing a tree and refusing to come down between 6 and 11 October last year.

He was also given a curfew to remain at an address in south London between 11pm and 7am.

A crowd of supporters standing outside the court building cheered as he exited shortly after his hearing.

Maxey is next due to appear at Highbury Corner Magistrates’ Court on 14 July for trial.

The network of tunnels near the London station was created in secret by protesters who object to the redevelopment of Euston Square Gardens as part of the high-speed railway line. They were discovered on 26 January.

Maxey became the fifth campaigner to leave the tunnels, after a 16-year-old boy left on 17 February after 22 days underground.

There are believed to be just two remaining protesters in the tunnel – veteran environmental campaigner Dan Hooper, known as Swampy, and 18-year-old Blue Sandford, daughter of Scottish landowner Roc Sandford.