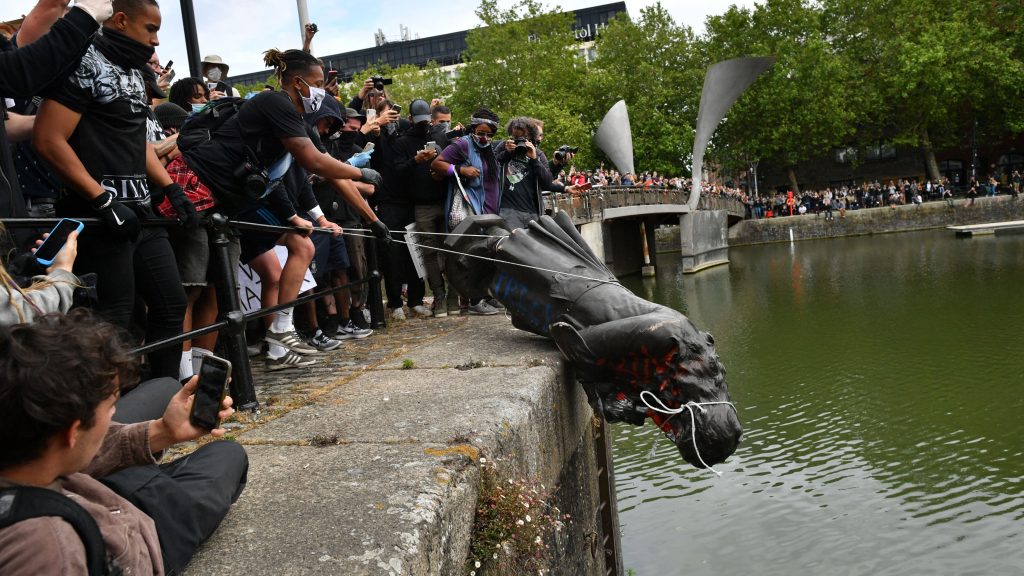 A trial date has been set for four people charged with criminal damage in relation to the toppling of a statue of slave trader Edward Colston.

The bronze memorial to the 17th century slave merchant was pulled down during a Black Lives Matter protest on 7 June  last year, before being dumped in Bristol Harbour and later recovered by Bristol City Council.

Charges allege that the four defendants, without lawful excuse, jointly and with others, damaged the statue of Edward Colston, a listed monument belonging to Bristol City Council.

It is claimed that the defendants committed the offence “intending to destroy or damage such property or being reckless as to whether such property would be destroyed or damaged”.

All four defendants pleaded not guilty to the charge against them during the hearing at Bristol Crown Court.

Judge Peter Blair QC, the recorder of Bristol, said he would preside over a trial of the case.

He told the defendants: “You have pleaded not guilty and therefore I am fixing a trial date of December 13 for you which you must attend without fail on that day and the subsequent days.

“We estimate that it will go into a second week. I am suggesting probably setting aside seven to eight days so you need to make sure that your diaries are so arranged.

“There will be a hearing on November 8 to take stock of the case and make sure that everyone is working successfully towards your trial date.

“You don’t have to attend but you may attend if you wish. Your counsel may attend by video link.

“You are on unconditional bail and that will continue, so you are free to leave.”

Ahead of the hearing, the legal firm representing three of the four defendants released a statement.

“We are committed to defending them and their right to a fair trial in this important case. We ask that their privacy is respected,” they said.

The next hearing in the case will take place on November 8 at Bristol Crown Court.