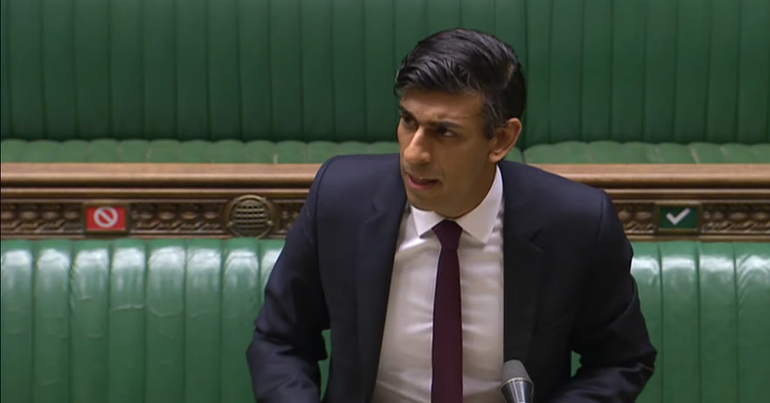 The chancellor is set to publish the 2021 budget on 3 March, setting out the next phase of economic measures to tackle the effects of coronavirus (Covid-19).

As the pandemic continues, many measures are still in place to protect jobs, businesses, and workers. This includes the furlough scheme, business grants, and a kickstart scheme for getting young people into employment.

The budget is published alongside the latest figures from the Office for Budget Responsibility (OBR), which will publish forecasts relating to the economy and unemployment.

Since the last budget in March 2020, there have been recommendations and speculation about the contents of 2021’s budget. There have been calls to include things such as support for renters, extended welfare, and extended furlough.

Universal Credit was first increased by £20 a week in April 2020. According to the Resolution Foundation, removing the uplift in Universal Credit and increasing unemployment could lead to 1.2m more people falling into poverty.

The uplift was originally slated to last for a year, but welfare campaigners have been calling for the chancellor to keep the increase. Because of the ongoing pressure, it’s expected that the uplift will be extended by at least six months.

However, analysis by the New Economics Foundation (NEF) concluded that even if the uplift is maintained, we will still see 1.1m more people living below the minimum income standard compared to September 2020.

As a result, senior economist at the NEF, Sarah Arnold, called for a proper living wage:

There seems to be light at the end of the tunnel in this pandemic but we are by no means out of the woods yet. If the public health crisis abates as we all hope it will, it will lay bare the true extent of the crisis in living standards that is now a reality for millions of families.

NEF’s new analysis shows the devastating impact the crisis is having on people across the country and even if the economy starts to recover this year, we will still see an increase in the number of households falling into extreme hardship. This isn’t right – we shouldn’t be leaving anyone out of the recovery.

The £20 uplift and the furlough scheme were a recognition by the government that our current safety net is insufficient to protect livelihoods and incomes. It is time to build one that does, and that is fit for the future. Part of this should be a Living Income to ensure that people have enough to live, not just survive.

Extending the #UniversalCredit £20 uplift for six months, as rumoured, would whip away support at the exact moment unemployment is expected to peak. Government must #KeepTheLifeline for at least a year and extend it to legacy benefits if they want to keep people afloat. pic.twitter.com/Sjqi1HgYaI

It’s thought that Rishi Sunak will extend business rates holidays past 31 March, and he also promised grants for businesses of up to £18,000. The BBC has also reported that the furlough scheme is likely to be extended until 30 June.

Meanwhile, unemployment in the UK is at its highest in four years, and around five million people remain on furlough.

Unions and campaigners have urged the chancellor to use the budget to extend furlough for as long as it’s needed. The Trades Union Congress (TUC) set out its own recommendations for the 2021 budget, including extending furlough, raising sick pay, and creating more jobs.

Katie Schmuecker of the Joseph Rowntree Foundation (JRF) called for furlough to be phased out slowly after health restrictions end. She wrote:

unemployment sweeps people into poverty, but the furlough scheme has helped keep unemployment down. It has also kept people connected to their employers which should help speed the recovery when it comes as people will return to jobs they already know. Having come this far with this powerful measure we need to end it in the right way, which means in line with decisions about health restrictions, rather than arbitrarily selected dates.

As income has been lost throughout the course of the pandemic, keeping up with payments has been increasingly difficult for renters. According to Citizens Advice, half a million people renting privately are behind on their rent.

People struggling to pay rent now owe an average of £730, adding up to £360m across the country. 58% of these people had no rent arrears before the beginning of the pandemic.

As a result, campaigners have called for rent support. Generation Rent has urged the chancellor to set up a rent debt fund, cancelling arrears and compensating landlords to keep people in their homes. As renters are more likely to work in industries impacted by coronavirus, the end of furlough may only add to their rent debt, leaving them at risk of eviction.

The Guardian reported that the chancellor is likely to announce more investment in reducing carbon emissions, including increasing electric vehicle charging accessibility.

Earlier in February, the chancellor said £320m would be made available for the Green Homes Scheme, which aims to help homeowners make their houses more energy efficient. However, when the scheme was originally announced, £1.5bn was promised. 95% of this had not been given out by February, and millions of pounds have now been withdrawn from the scheme. The decision led to criticism of the government’s commitment to a green recovery.

An inquiry by an all parliamentary group that surveyed thousands found that 67% of respondents wanted the government to rebuild a “greener, fairer economy” in the wake of the virus.

In December, the New Economics Foundation (NEF) set out its own plan for rebuilding the economy, including investing heavily in green and social infrastructure that would create jobs.

It’s additionally widely thought that Sunak will raise corporation tax from 19% to over 20%. There have also been rumours about restrictions on the amount of money richer people put into their pensions and increasing capital gains tax.

The prospect of tax increases have not been popular among some Tory MPs. But a poll suggested tax increases were popular with the public as a means to revitalise the economy. In a survey published in the Independent, 55% of people backed an increase in corporation tax.

Despite this support, Keir Starmer has opposed the increase in corporation tax in a move that’s been criticised.

There is ample room for the chancellor to answer calls and make sure jobs and livelihoods are supported as the effects of coronavirus continue to be felt across the country. Making sure jobs and incomes are maintained, keeping people in homes, and committing to climate-positive investment are vital considerations for tomorrow’s budget.

The government’s record on welfare spending, however, predicts the budget likely won’t go far enough to safeguard people from the repercussions of coronavirus.