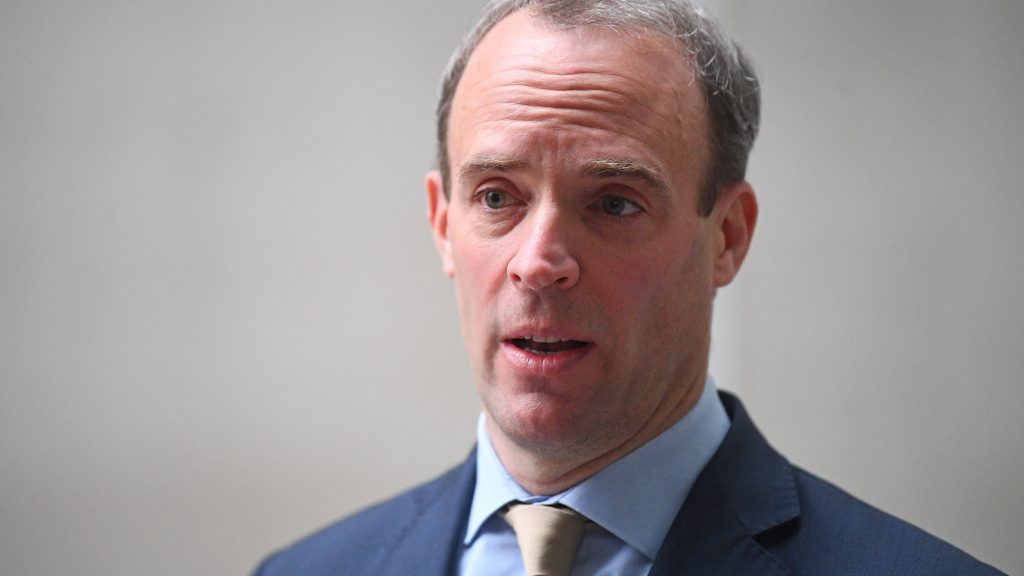 As ministers were pressed on why half of all the money laundered out of Russia travels through the United Kingdom, Raab announced he will “shortly be introducing an extension to the Magnitsky sanctions” to crack down on the scandal.

The foreign secretary’s comments came as MPs raised concerns about rising tensions at Ukraine’s border due to the recent Russian military build-up of forces there.

Speaking during Foreign Office departmental questions in the Commons, Labour former minister Chris Bryant asked why it has taken “so many years” to emerge that two men whose passports match the names of the Russian nationals suspected of the Novichok poisonings in Salisbury are being hunted by police in the Czech Republic.

Why is it that there has been such a delay in this information coming to the public and what are we going to do to make sure that murderers on Putin’s payroll are not strolling the seats of every capital in Europe?

He’ll know that the Czech explosion that led to the attribution was many years ago.

He added that the UK has the ability to use Magnitsky sanctions as a “means of targeting human rights abuses”, adding:

And to the extent that they also impinge on dirty money […] I’ve already made clear that we will shortly be introducing an extension to the Magnitsky sanctions to cover that.

The foreign secretary also told MPs that the government has “significant concerns about the recent Russian military build-up of forces on Ukraine’s border” and that the UK is working with its allies “to de-escalate the situation”.

Raab’s comments came as shadow foreign secretary Lisa Nandy demanded the government provide a date at which point all the Russia report’s recommendations would be implemented in full. Nandy said it was “pathetic” that Raab is not standing up for British interests on the matter. She told the Commons:

He has had 18 months from a publication that his own Prime Minister tried to block. We’ve had no action on golden visas, no powers to sanction corrupt officials.

Up to half of all the money that is laundered out of Russia comes through the United Kingdom and in three years since the Salisbury attacks it is still not illegal to be a foreign agent in this country.

Meanwhile, we have seen the oligarchs and kleptocrats that have profited from the Putin regime funnelling money to the Conservative party. He shakes his head, £5 million since David Cameron became leader.

His own minister, the Minister for Asia, has had multiple donations from a former Russian arms dealer who described himself as untouchable because of his links to the Kremlin.

Raab said the Government will “continue standing up” for British interests amid the build-up of Russian troops at the Ukraine’s border and accused Ms Nandy of making “political points”.