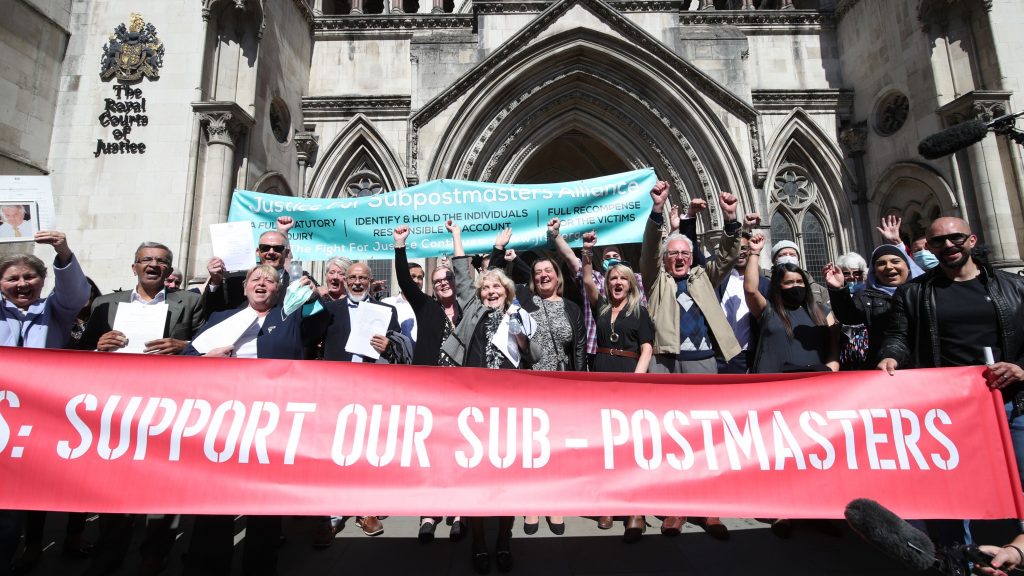 The Court of Appeal has cleared 12 more former subpostmasters who were wrongly convicted of offences as a result of the Post Office Horizon scandal.

In April, 39 former subpostmasters who were convicted and even jailed for theft, fraud and false accounting had their names cleared – some after fighting for nearly 20 years.

On Monday, three senior judges overturned the convictions of a further 12 people who were convicted based on evidence from the faulty IT system used by the Post Office from 2000.

Their appeals were unopposed by the Post Office, and the judge said the court would give full reasons in writing at a later date, but that they should be cleared as soon as possible in the circumstances.

At a hearing in March, the court heard subpostmasters’ lives were “irreparably ruined” as they lost their jobs, homes and marriages after they were prosecuted by the Post Office, which knew the Fujitsu-developed system had “faults and bugs from the earliest days of its operation”.

Hundreds of people who ran Post Office branches were convicted of various offences during the period of time the system was being used.

The court is also considering appeals brought by a further 18 subpostmasters on Monday and is likely to issue directions as to how their cases should progress.

Solicitor Neil Hudgell, of Hudgell Solicitors – who represented the 12 cleared on Monday as well as 33 former subpostmasters who have cleared their names so far – said in April: “Each and every subpostmaster walked out of the Royal Courts of Justice and down the steps with their heads held high… completely exonerated and found to be entirely innocent by the courts.

“Now we want to make sure we deliver the same outcome for every other family affected by this. The work goes on.”