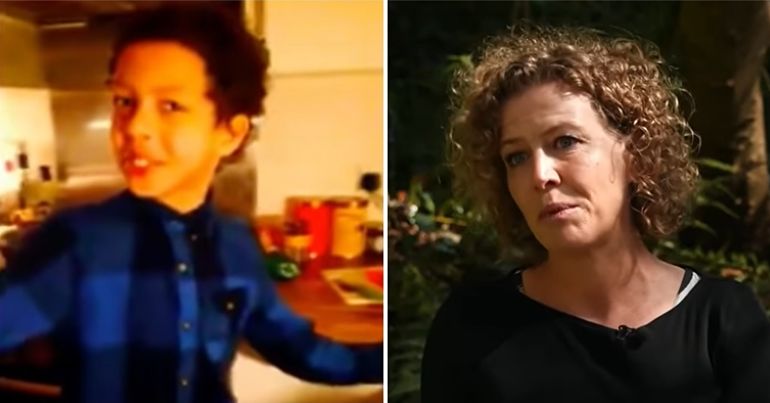 This article was updated at 9:30am on Friday 6 August to include a response from the Coroner

As reported by The Canary, 14-year-old Noah Donohoe disappeared on 21 June 2020. His body was found in a storm drain six days later. A post-mortem examination found he died as a result of drowning. More than one year on, the Coroner’s Office has found no evidence that anybody was involved in his death.

The circumstances around Noah’s death remain unclear as the investigation continues. Meanwhile, his mother Fiona Donohoe suspects foul play. So both Fiona and a campaign team are fighting to ensure Noah gets justice. Moreover, they’re calling on the chief constable Simon Byrne to resign.

Simon Byrne must “step down”

Earlier this month, Fiona started a petition calling on the Police Service of Northern Ireland’s (PSNI) chief constable to resign. The petition states:

I call for Simon Bryne to step down from his position as Chief Constable of PSNI. …

I along with all those who have signed this petition do not have any faith in his capabilities to oversee the investigation into my son, Noah Donohoe’s death. …

On countless occasions throughout this investigation myself, my family and everyone of those who have signed this petition have been let down by the PSNI’s handling of it.

We want our children to feel safe on their streets and because of the little effort that has been attempted in investigating my son Noah’s death. We fear for our children’s safety.

At the time of publication, the petition had over 8,500 signatures. And supporters got right behind it, promising to lend even more support:

I promised you yesterday Fiona. I will take paper copies of this petition and go 4rm door 2 door collecting signatures. I have no issue with that. Your son is my son, he's my nephew, he's my grandson, he's my neighbours son!! They ALL need 2 feel safe, not forgotten! #NoahsArmy

Sounds like a #FeetOnTheStreet rally at Musgrave PSNI.
Noah is any one of our children!
Fiona is any one of us!
Enough is fucking Enough now!

She'll bend but not break …. she'll stumble but not fall! 💙⚡

Simon Byrne was previously chief constable of Cheshire police from 2014 until 2017. He was suspended in 2017 but then cleared of gross misconduct. And his time in the north of Ireland hasn’t been without controversy either. In 2019, he had to clarify and withdraw comments threatening to take the children of paramilitaries involved in shootings. Byrne said:

Byrne clarified saying he would withdraw “the interpretation that children are pawns, if that’s what’s been heard”. He said that wasn’t his intention.

Then, in December 2020, Byrne had to apologise following the police ombudsman’s investigation into fines handed out under coronavirus (Covid-19) restrictions at Black Lives Matter protests. The protests had taken place in Belfast and Derry in June that year. The ombudsman found justification in the claims that these protests were handled in an unfair and discriminatory manner.

An admission of guilt in Noah’s killing?

Fiona met with police to discuss this alleged admission. She says the person who made that statement said the “UDA were called to dispose of” Noah’s body: 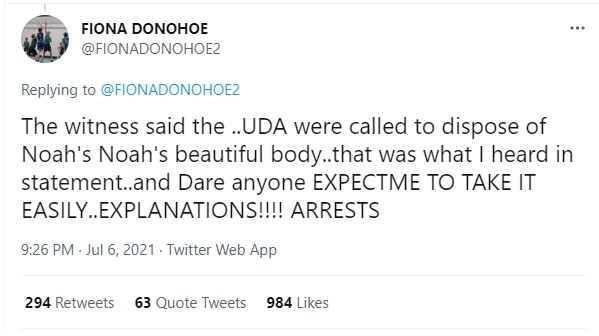 Taking it to the streets

In order to push this campaign forward, Fiona is organising a #FeetOnTheStreetAgain campaign:

We will be doing a #FeetOnTheStreetAgain As Soon as we get it organised…in unison with paper petitions ..The old ways are sometimes the best way as I know alot of great souls want justice for Noah but are not on Social media.#JusticeForNoahDonohoe #NoahsArmy⚡

She also shared this video of Noah, demonstrating his love of cooking:

Add your video on to tags
Pass on Our Pride for for Children💙❤⚡They are their future.We have NO RIGHT …THEIR VOICE COUNTS https://t.co/INVRzMBDJg

And she had a special message of thanks for all those who have supported this campaign:

Can I also say thankyou to everyone who has personally said to me about taking petitions pages for signatures in their community areas. It means so much to all my family that you would volunteer to do this.. #RealPeoplePowerForChange#NoahsArmy#JusticeForNoahDonohoe

The Canary contacted the PSNI and the Coroner’s Office for comment. A PSNI spokesperson said:

The disappearance and death of Noah Donohoe is subject to an ongoing Coronial investigation. The Police Service of Northern Ireland continue to investigate under their Police (NI) Act 2000 duty, but also provide assistance to the Coroner, so it would be inappropriate to comment further at this time.

The Coroner’s Service provided this response:

The Coroner has to date received disclosure from a variety of agencies and this exercise is ongoing. The Coroner has listed an inquest to commence in January 2022 and it would not be appropriate to comment further.