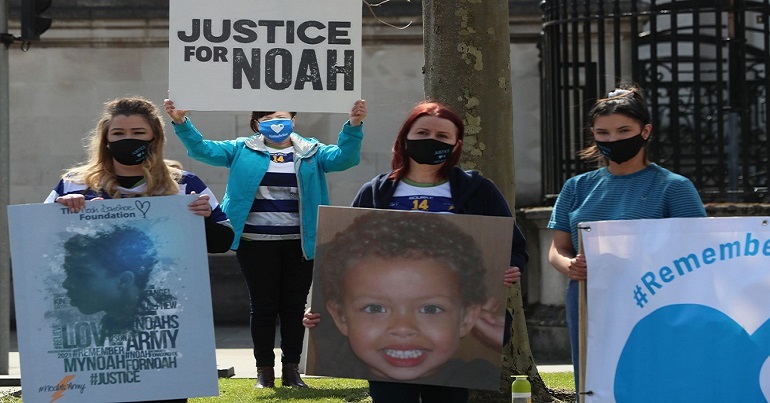 The Canary recently spoke to Fiona Donohoe. As reported, her 14-year-old son Noah disappeared on 21 June 2020. Noah’s body was tragically found in a storm drain six days later. And as the investigation into Noah’s death continues, Fiona Donohoe and the justice team #NoahsArmy, are campaigning to ensure he gets justice.

Because at 6:11pm every Sunday, there’s a social media campaign to #RememberMyNoah. It takes place at the same time as Noah’s final CCTV sighting:

Some people took to social media early to post messages of support and to encourage others to take part:

Noah Donohoe will never be forgotten and Noah’s memory and spirit will live on forever through the amazing #TheNoahDonohoeFoundation
Never stoping saying his name 💙⚡️#JusticeForNoah#RememberMyNoah💙 https://t.co/8sMK29YEax

I felt truly honoured when I was asked to paint Noah Donohoe and his mother Fiona, as a gift for Fiona. My client is as truly selfless person, who cares so much for what is right, and cares for those in need. 💙#NoahsArmy @FIONADONOHOE2 @_M_A_Z_Z_A pic.twitter.com/HAZZNy0XfT

Just a reminder for 6.11pm Sunday for Noah Donohoe 💙💙💙

And people from outside the north of Ireland are getting behind the campaign:

On Friday 16 April, there was a pre-inquest hearing into his death. Noah’s family solicitor Niall Murphy said the examination of Noah’s laptop will be a “core issue” in this inquest. So Murphy asked police if a “technical” problem in examining the laptop had been fixed.

Fiona Donohoe arrives at the pre-inquest review hearing on the death of her son, Noah Donohoe.
She is greeted by #NoahsArmy . pic.twitter.com/vHdvixr7Wd

The family solicitor believes findings related to Noah’s “internet access and use” could be important. The next review hearing takes place in May and the inquest is due in January 2022.

Fiona Donohoe told The Canary that the police investigation hasn’t been thorough. And she therefore believes that Noah’s “not getting the justice” he deserves. As a result, she wants people to keep his memory alive. So this Twitter campaign could help. And in keeping with #RememberMyNoah, Fiona reminded us of the kind of person Noah was:

Noah was pursuing Duke of Edinburgh awards with enthusiastic gusto..Noah was someone the awards would have nurtured and probably been proud of in future years

So if others take to Twitter at 6:11pm this evening, it could help get justice for Noah.