Police officer guilty of assaulting two people, including a 15-year-old, during lockdown - The Canary 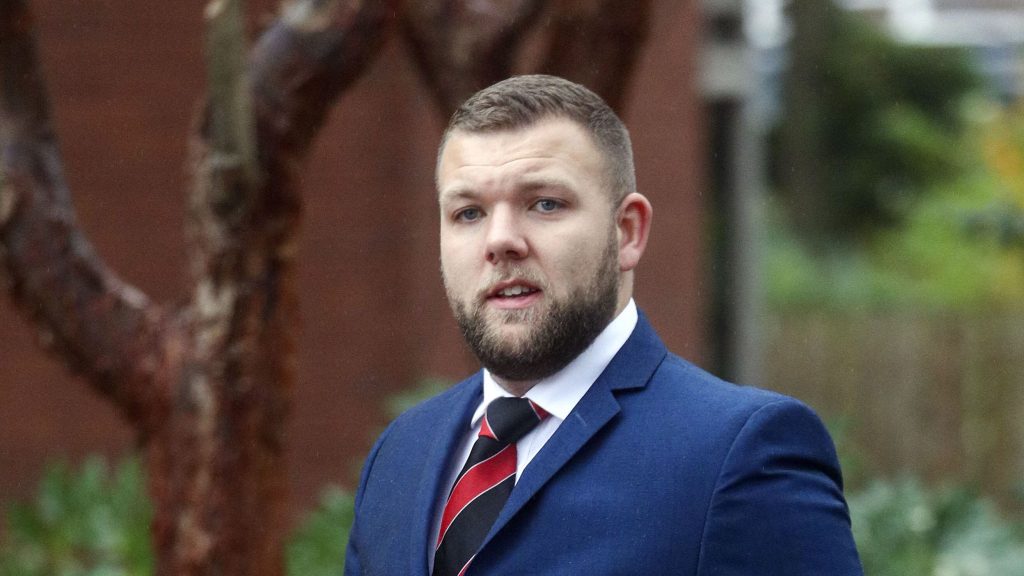 A West Midlands Police officer has been found guilty of assaulting two members of the public on consecutive days during the first Covid lockdown – including an attack on a 15-year-old boy.

Declan Jones committed both offences while on duty in Birmingham, starting with an assault on a man in Aston on 20 April last year.

The officer went on to kick and punch a 15-year-old he wrongly accused of possessing drugs in the Newtown area of the city on the following day.

Reaching verdicts on Monday after a week-long trial at Coventry Magistrates’ Court in June, district judge Shamim Qureshi cleared Jones of assaulting a third complainant who was punched in the face on 23 April. Jones will be sentened in September.

The judge said the third incident had seen the officer use “proportionate” force as colleagues struggled to detain a man wearing a stab-proof vest in Handsworth.

CCTV footage of the attack on the 15-year-old was played to the court by prosecutors, who alleged Jones was annoyed the youth had “broken free” and was running off.

Jones told the court it was his “honest belief” the teenager had made a downward movement with one of his hands, causing him to fear for his safety.

Explaining the reason for his findings, Qureshi told Jones the force used against the 15-year-old victim after he “stood in a surrender pose” was totally unnecessary.

The judge also described videos of the incidents, in which officers were shown not wearing masks, as “disastrous” for police-public relations and “embarrassing” to watch.

The judge told Jones: “It is noteworthy that in all three incidents, not a single officer wears a mask or face-covering despite being issued with it by West Midlands Police.

“Nothing turns on this point in this trial, but I have to make the comment that the videos, some of which were released on social media, are disastrous for public relations.

“It is embarrassing for the court to watch police officers selectively enforcing coronavirus laws when it suits them to order people off the streets and to go home, and yet those officers are ignoring the coronavirus laws and operational orders themselves.

“The videos do not show the police in a good light at all.”