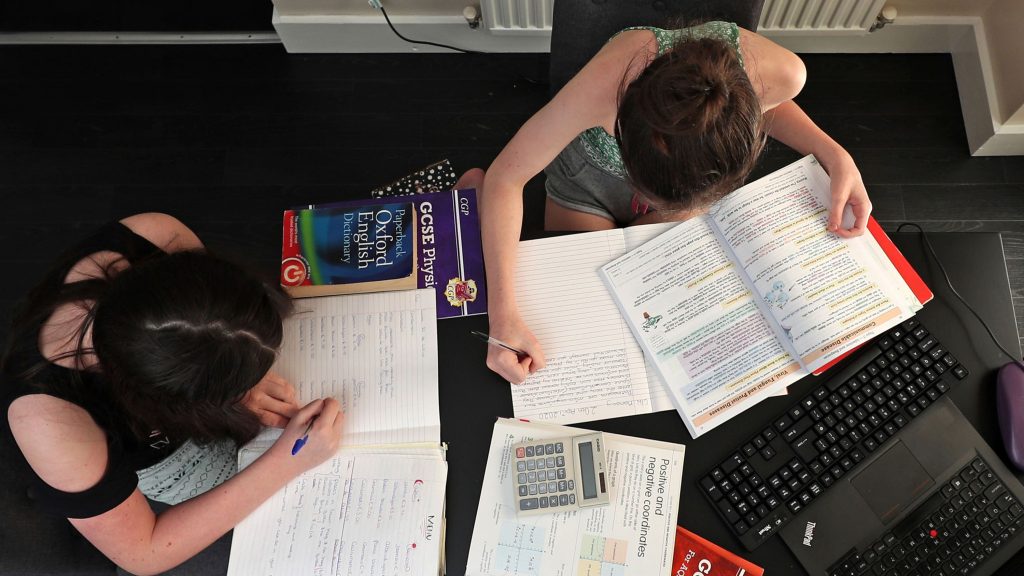 The government’s “refusal” to make contingency plans for schools and exams in summer 2020 is the “most unforgivable aspect” of its handling of education amid the coronavirus pandemic, a new report has suggested.

Lessons regarding school closures and examinations from the first lockdown were “not learnt”, leading to a case of “pause, rewind, repeat”, a paper by the Institute for Government (IfG) found.

Coming ahead of this month’s A-level and GCSE results, the report, entitled Schools And Coronavirus: The Government’s Handling Of Education During The Pandemic, described the period following the March 2020 closure of England’s schools announced by the Prime Minister as “easily the most disruptive period in children’s education since at least the start of the Second World War”.

It stated: “Its most important conclusion is that the most unforgivable aspect of what happened is not just the failure to make contingency plans in the summer of 2020 but the refusal to do so – when it was already obvious that fresh school closures might well be needed, and that exams might have to be cancelled again.

“Lessons were not learnt from the first lockdown, with the result that, for both school closures and exams, the story from July 2020 to January 2021 was a case of ‘pause, rewind, repeat’.

It added: “Well into March 2021, and indeed beyond, pupils taking GCSEs, A-levels and BTecs remained unclear about precisely how they were to be assessed. At times it felt as though the school system was in chaos.”

The report notes a “commendably swift decision was taken at the start on the definition of key workers whose children could be in school”, adding that the “supply of laptops for remote learning was, perhaps unavoidably, slower than anyone would have liked”.

However, it draws particular attention to the “highly centralised approach” to dealing with 24,000 schools and “tensions between No 10 and DfE” (the Department for Education).

Education secretary Gavin Williamson, it adds, “appears not to have been directly involved in any of the key meetings ahead of the original decision to close schools in March 2020”.

The report goes on to say there was a “refusal to trust local authorities and a failure to engage effectively with them, and their directors of public health, in ways that might have allowed a more nuanced and better response.

“Dreadful communications. Repeated declarations that schools would open or close, or that exams would be held – despite the evident uncertainties – until reality struck. The result was U-turn after U-turn, with pupils, parents and teachers left bewildered and floundering time and again.”

The report includes claims from a Number 10 source over Boris Johnson’s approach to contingency planning.

It notes: “A No 10 source says that ‘the clear steer’ that officials received from the Prime Minister was not to make contingency plans. Schools were going to reopen. Exams would be held.

“The view was that ‘if you prepare for these things not happening, then the outcome is that they are far more likely not to happen … people will look for the easy way out and take it’.

“According to this insider, the Prime Minister’s default is to bluff. To talk up things to such an extent that they will happen through the force of his own personality, which is a very powerful tool. But the virus doesn’t listen to those messages.”

IfG senior fellow and report author Nicholas Timmins said: “Most countries faced a challenge over schooling that was unprecedented in modern times as the pandemic struck.

“Some early decisions in England were taken well. Some, which took longer than anyone would have wanted to implement, will have some lasting benefit.

“But the failure – indeed, the refusal – to make contingency plans over the summer and autumn of 2020 left pupils, parents and teachers facing a case of ‘pause, rewind, repeat’, not least over exams.”

“We have acted swiftly at every turn to minimise the impact on children’s education and wellbeing and help keep pupils in face-to-face education as much as possible.

“We provided 1.3 million laptops and tablets to disadvantaged students, funded Oak National Academy to provide video lessons and made sure students could receive exam grades that helped them progress to the next stage of education or work.”