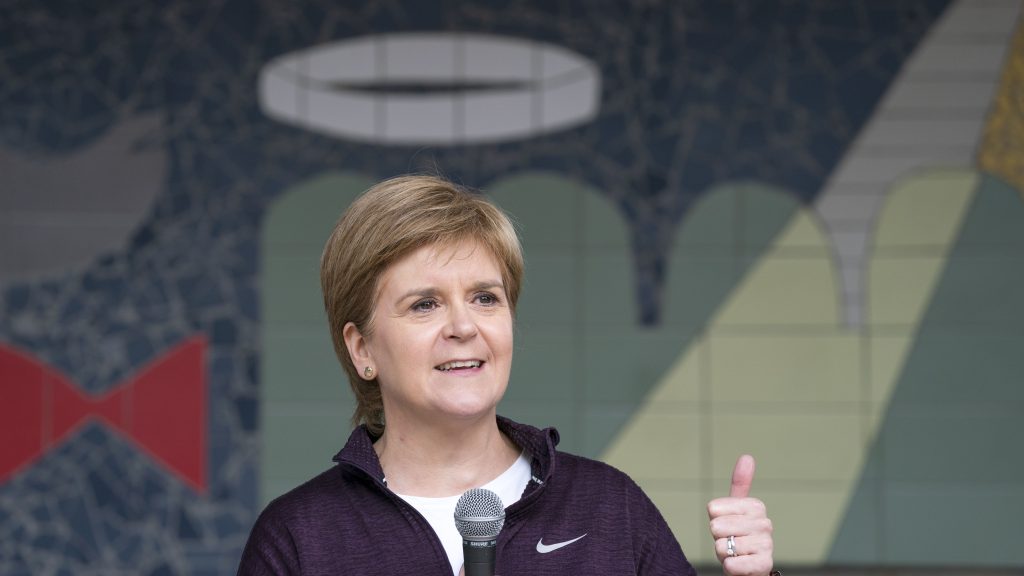 Young people protesting against the Cambo North Sea oilfield confronted Nicola Sturgeon as she attended a carnival in her Glasgow Southside constituency.

Scotland’s first minister was cornered by young protesters from the Green New Deal Rising and the Stop Cambo campaign.

If given the go-ahead, the Cambo site could yield as many as 255m barrels of oil over its lifetime, according to environmental campaigners.

And that much oil could produce as much as 132m tonnes of CO2 emissions. Campaigners estimated that this would require an area of land some 1.5 times the size of Scotland to counteract.

WATCH: We and @StopCambo just challenged @theSNP leader @NicolaSturgeon on her refusal to stop the Cambo North Sea oil field.

Big corporations profit from dirty energy and politicians like Nicola Sturgeon let them get away with it.

We’re here to put a stop to that. ✊ pic.twitter.com/Q3ilmhkA3C

Campaigners confronted Sturgeon in Queen’s Park at the Govanhill Carnival and asked if she will oppose the oil field.

Look, I’m not going to stand here – it’s not an issue for the Scottish Government. We are thinking about all of these things, we are trying to come to the right decision. There’s no doubt we should be moving away.

So there are hard questions to ask about whether things like that are commensurate and I totally get that. There are tough things for all of us to address and make decisions on.

A campaigner told Sturgeon she was disappointed that the first minister would not commit to opposing the oil field. To this, Sturgeon responded:

And that’s what I’m choosing to do.

“I am genuinely terrified for my future”

We are hosting Cop26 in my home city this year, yet Nicola Sturgeon and Boris Johnson both have taken nowhere near enough action to meet the commitments already set.

The Scottish government can’t call itself a climate leader without opposing the Cambo oil field. How can we trust our governments to tackle the climate crisis when time and time again they refuse to take meaningful action to mitigate its effects?

I am genuinely terrified for my future. It makes me so frustrated that when I confront the leader of my country, she refuses to commit to taking action to safeguard the lives of her citizens.

If we have any hope of mitigating the climate crisis and seeing a fairer society in Scotland, we need a just transition out of oil and gas immediately. We need a Green New Deal now that delivers good green jobs.