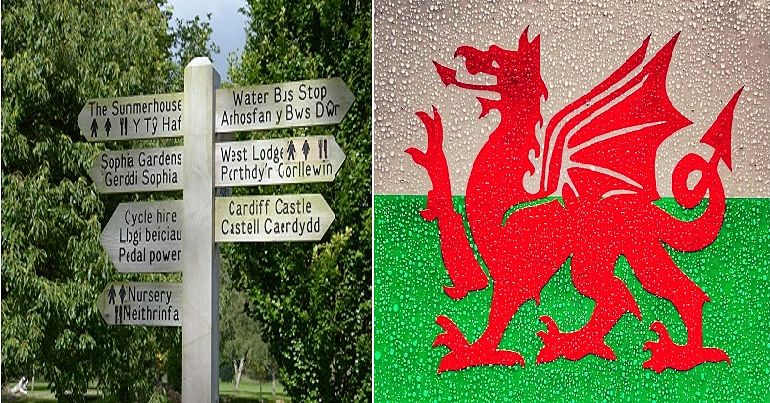 However, Welsh language campaign group Cymdeithas yr Iaith (CYI) told The Canary it wants to ensure these plans are sufficiently radical, and that they move “all schools to be Welsh medium over time”. CYI believes education is vital in promoting the language.

And while it welcomes the government’s current plan, it’s cautious, because:

Since devolution, a number of language strategies have been adopted by successive governments, each of them laudable enough, only to be subsequently forgotten.

Additionally, CYI wants to “make the language accessible to all communities and children”.

CYI is calling for support for rural communities in Wales “where Welsh remains the daily language of a large proportion of the population”. It says these communities need support because of the levels of migration from rural to urban areas. CYI claims:

There has been no real effort to mitigate or halt these trends, which are so damaging to Welsh-speaking communities.

This represents “an enormous threat to the survival of Welsh as a living language”.

It says that young people leaving their communities to find work is a major factor contributing to “the language crisis”. Because:

It is estimated that we lose around 5,200 Welsh speakers per year through migration out of Wales. 117,000 young people between 15 and 29 years old have left Ynys Môn, Gwynedd, Ceredigion and Carmarthenshire over the last decade, representing over 55% of all outward migration for all ages.

So CYI feels there needs to be a greater focus on job creation in Welsh-speaking communities. There’s also a need for “economic policies that strengthen the position of the language”.

“More than a million”

to help achieve a million Welsh speakers and double the daily use of Welsh by 2050.

In July 2020, CYI published its proposal document More than a Million: Welsh language citizenship for all. This document lays out CYI’s vision for achieving more than one million Welsh speakers in Wales. And while it acknowledges previous government efforts to support the language, it says those policies failed. In part, CYI blames:

rampant neo-liberalism that is almost unquestioningly accepted in our public discourse.

Another factor has been the treatment of the Welsh language as an exception to the mainstream of administration and public life in Wales; as a peripheral, merely symbolic language to be treated tokenistically.

In putting together its vision, CYI spoke with people from all over Wales, and it believes there’s consensus to increasing the use of the language.

But CYI’s vision isn’t just about increasing the number of speakers. It wants to focus on everyday use of the language in the community, workplaces, and public services, so people from every background living in Wales can learn and experience the language in everyday life. To achieve this, it’s calling on the Welsh government to:

Increase the target for the percentage of Year 1 children receiving Welsh-medium education by 2040 to 77.5%

Additionally, it wants the government to:

CYI says this would ensure Welsh-medium education for everybody.

Increasing the use of Welsh

To increase the use of Welsh, CYI wants the government to create 1,000 Welsh language spaces. These spaces, such as sports clubs or workplaces, would operate with staff and participants using the Welsh language as they go about their everyday activities. These spaces would then help people there to improve their use of the language.

CYI also sees a role for the media in strengthening the language. To this end, it wants broadcasting and communication powers devolved to the Senedd (Welsh parliament). This could help increase the presence of Welsh in local media. CYI says the government also needs to spend £9m per year for a digital initiative that would increase the presence of Welsh on online platforms.

CYI has explained how the Welsh government could fund these proposals. It says it could do so by putting a levy on digital and telecommunications companies, taxing AirBnB and tourism, and ‘super-taxing’ landlords’ profits and second homes.

AirBnB has led to rising rents and property prices and a higher demand for second houses. This in turn undermines the sustainability of the Welsh language. It says:

In 2017, there were 10.1 million overnight visits to Wales, suggesting that a low per-night tax could raise tens of millions per year.

There are over 100,000 private landlords registered in Wales. By introducing a tax of 25% on their income, we estimate that about £375 million a year could be raised.

In order to prevent landlords from raising rent prices in response to the new tax, we propose that the government introduce a system of rent price control.

“The Welsh language belongs to everyone”

In the post-Covid age, with the breakdown of the current economic system and the rise of the far right, it is more important than ever to include people of all backgrounds in the language—the Welsh language will be a weapon for unity against an increasingly reactionary politics.

It believes education can help include people. And education is the responsibility of the Welsh government. CYI chair Mabli Siriol Jones told The Canary:

The Welsh language belongs to everyone in Wales, from whatever background and wherever they live.

But at the moment, 80% of young people in Wales are being deprived of the language because of the failure of our education system to grow and normalise Welsh-medium education. This is a fundamental injustice, exacerbated by the fact that children from certain communities miss out most — particularly in deprived areas, communities of colour and migrant communities.

This is a once in a generation opportunity to give the language to every child in Wales – let’s take it.

As pointed out by a previous chair of CYI, the Welsh language “has been minoritised in its own country”. This happened as a result of “purposeful steps” by the English establishment over the centuries. So, to overturn this, there needs to be radical action. And More Than a Million could be the action that’s needed.