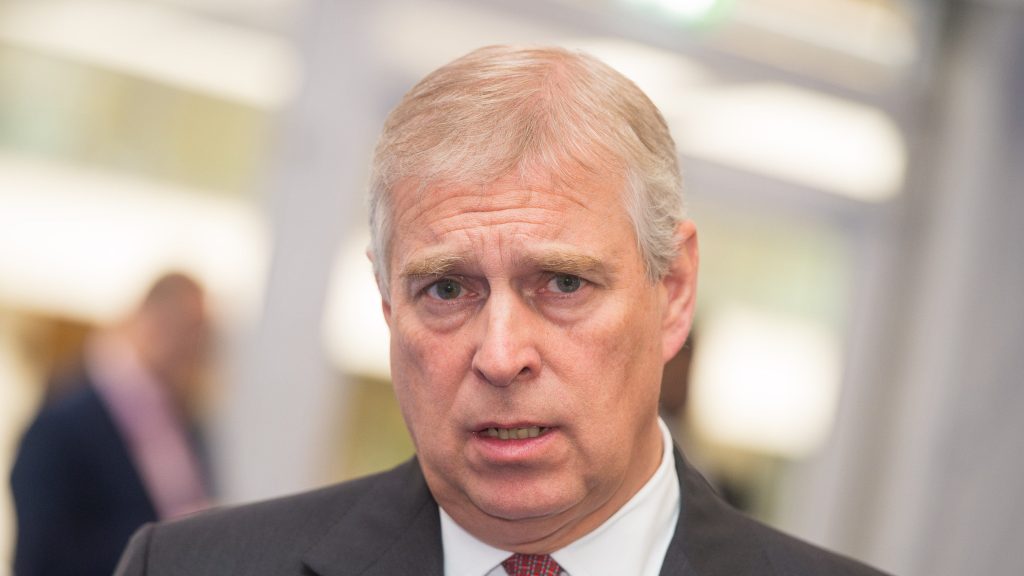 The lawyer representing Andrew Windsor’s accuser has warned against anyone ignoring the US courts as he claimed the royal’s legal team have “stonewalled” appeals for information.

Virginia Giuffre is suing the Queen’s son for allegedly sexually assaulting her when she was a teenager, and has said it was “past the time for him to be held to account”. She claims she was trafficked by Windsor’s former friend and convicted sex offender Jeffrey Epstein to have sex with the prince when she was aged 17 and a minor under US law.

Windsor has denied the allegations in the past, and a spokesperson for the duke said there was “no comment” when she was asked to respond to Giuffre’s legal action. Boies told Channel 4 News:

This is now a matter for courts to decide and it would be very ill-advised for anyone to sort of thumb their nose at a federal court.

He claimed Windsor’s lawyers have not co-operated:

They have just totally stonewalled. They have refused to provide any explanation, they refuse to engage in any discussions.

They refuse to provide any facts, they’ve even refused to respond to any of the allegations that have been made in any reasonable way. They have basically simply ignored every letter, every phone call, every outreach that we’ve made.

Boies said about his client: “I think she expects to get vindication” from the legal process and went on to say, “Her hope is calling the rich and powerful abusers to account will have some effect on reducing the chance that other young girls will suffer what she suffered”.

The duke does not have to attend or give evidence in the civil proceedings in New York, but the legal action will be a further blow to his reputation and the standing of the monarchy, according to Joe Little, managing editor of Majesty Magazine.

He said about the Epstein scandal:

It’s damaging not only for Andrew but for the institution of the monarchy itself because all sorts of allegations have been thrown at the institution since all this came to light – and the perception is, most likely incorrectly, they are not taking it seriously.

Windsor stepped back from public duties after the backlash from his 2019 Newsnight interview, dubbed a “car crash”, which attempted to draw a line under his relationship with Epstein – but instead saw him heavily criticised for showing little empathy with the sex offender’s victims.

Lawyers for Giuffre filed the civil suit seeking unspecified damages at a federal court in New York, where the court documents claim she was “lent out for sexual purposes” by Epstein including while she was still a minor under US law. Windsor is named as the only defendant in the 15-page suit, brought under New York state’s Child Victims Act, although Epstein and his former girlfriend Ghislaine Maxwell are mentioned frequently throughout.

It’s alleged in the documents that Giuffre, then known as Virginia Roberts, was sexually abused while aged under 18 by the Queen’s second son at Maxwell’s home in London; at Epstein’s New York mansion, and at other locations including Epstein’s private island in the US Virgin Islands.

British socialite Maxwell has pleaded not guilty to sex-trafficking charges in Manhattan federal court, where she faces trial in November, while Epstein died in suspicious circumstances in a US federal jail in August 2019, a month after he was arrested on the same charges.

The duke allegedly engaged in the sexual acts without Giuffre’s consent, while aware of her age and while “knowing that she was a sex-trafficking victim”, the documents claim, adding the alleged assaults “have caused, and continue to cause her, significant emotional and psychological distress and harm”.

The evidence in terms of what he (Andrew) knew about Jeffrey Epstein’s sex-trafficking operation is something that obviously will be for the jury to decide. I think that everybody who was closely associated with Jeffrey Epstein knew that he had these young girls, these young women who he was trafficking.

I don’t think Prince Andrew will be compelled to attend the New York court and give evidence to defend himself.

I don’t think he will be compelled to put in any defence in writing because he can maintain his right to silence.

And under the American terminology, ‘take the fifth’ – the Fifth Amendment, everybody has a right to silence for fear of self-incrimination.

If the prince and his legal team do not engage in the civil proceedings, they are expected to continue without their input – with the court making its judgment in due course. Windsor does not face the prospect of an extradition hearing as this only applies to criminal charges and not civil cases.

In his Newsnight interview with the BBC’s Emily Maitlis, Andrew denied claims that he slept with Giuffre on three separate occasions, saying:

I can absolutely categorically tell you it never happened. I have no recollection of ever meeting this lady, none whatsoever.

The duke also said he has no memory of a well-known photograph of him with his arm around Giuffre at Maxwell’s house. He’s additionally promoted a conspiracy theory that the image was doctored to make it look like his hand was on her waist.

Nothing to see here……other than images a certain someone wouldn't want on social media. #PrinceAndrew pic.twitter.com/UjxMZYlARl