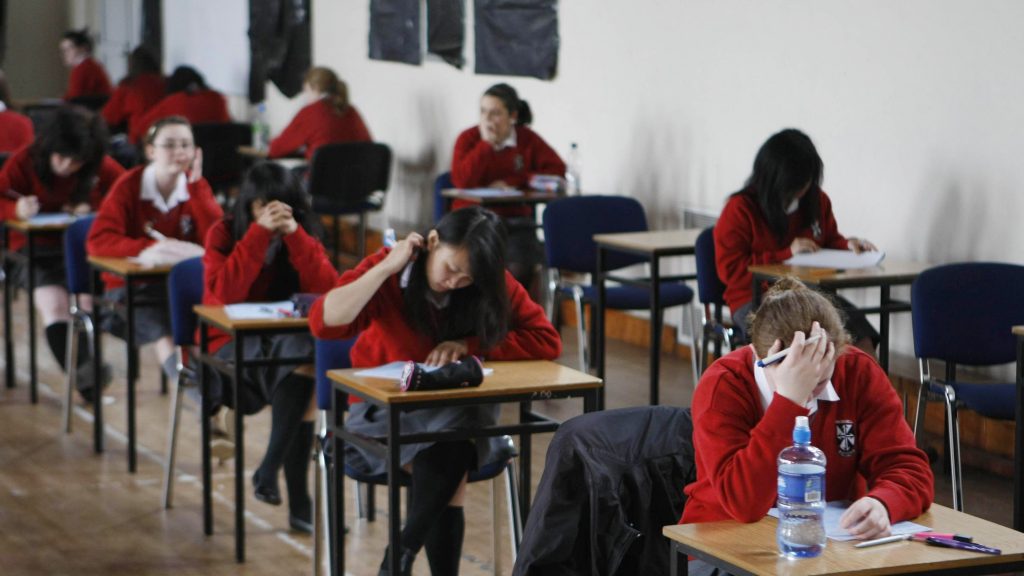 Overhauling the grading system for A-levels amid concerns about grade inflation would be “unnecessarily disruptive”, “unfair”, and “unrealistic”, school leaders’ unions have warned.

Ministers are thought to be considering replacing the traditional A to E grades with a numerical system in an effort to shore up the credibility of A-levels after record numbers were awarded the top marks. But headteachers’ unions are calling on the government not to rush into introducing any radical reforms amid concerns about grade inflation after nearly 45% were awarded an A or A*.

For the second year in a row, students were given grades based on assessment by their teachers after exams were scrapped due to the pandemic. One union has suggested a “staged” reduction of the proportion of students allowed the top grades over three years could ensure that next year’s cohort are not unfairly disadvantaged.

Geoff Barton, general secretary of the Association of School and College Leaders, said:

There is a legitimate question about what grade distribution at A-level should look like next year following two years of upheaval.

Returning to the pattern of distribution when exams last took place in 2019 would seem very harsh on next year’s cohort because they have also been deeply affected by the disruption caused by the pandemic, and will be potentially competing for jobs with students from this year and last year when grade distribution was different.

There may therefore be an argument for a staged adjustment or recalibration next year.

It seems unnecessarily disruptive, however, to undertake an overhaul of the grading system itself to replace it with numbered grades or some other big change.

A reform of this nature needs both a clear rationale and a lead-in period rather than landing it suddenly on students and teachers who are expecting A-levels to be graded in the fashion with which they are familiar. It would be very unfair and confusing to move the goalposts at this stage.

Paul Whiteman, general secretary of school leaders’ union NAHT, added that suggestions of a move to a numerical system are “unrealistic”.

When GCSE grading changed, there were new specifications introduced and it took four years from the first teaching of those to the point where all GCSEs received numerical results.

There is an opportunity here for Government and Ofqual to review the current system’s reliance on terminal exams and grading by comparable outcomes. This requires meaningful consultation to ensure the fairest system for students.

Labour’s shadow education secretary Kate Green said far-reaching changes are required to ensure all students are given the support they need. She told the BBC Radio 4 Today programme:

We shouldn’t be just playing around with the grading system here, we should be thinking about the quality of teaching and learning that children are receiving.

Green has suggested that in the longer term there should be a move to a hybrid system based on a mix of coursework and exams. She said:

I think the lesson is that we need a collaborative approach with education professionals to design a robust, workable system which is fair to all students.

In my view that probably needs a mix of assessments throughout the period of study, over the two years of the A-level course for example, and an examination.

Her call comes amid speculation that education secretary Gavin Williamson could face the axe in a Cabinet reshuffle later this year.

Williamson was widely criticised over last year’s A-levels fiasco when the government used an algorithm to “moderate” the results only to later back track in the face of widespread protests. According to the Times, Boris Johnson is considering replacing him with equalities minister Kemi Badenoch.

A Department for Education spokeswoman said:

Students have worked incredibly hard during an extremely challenging time and they deserve their qualifications.

Exams are the best form of assessment and we are consulting on how to ensure they go ahead fairly next year. Ofqual will confirm the approach to grading for 2022 in the autumn term.