Assange is ‘an innocent man accused of practising journalism’ - The Canary 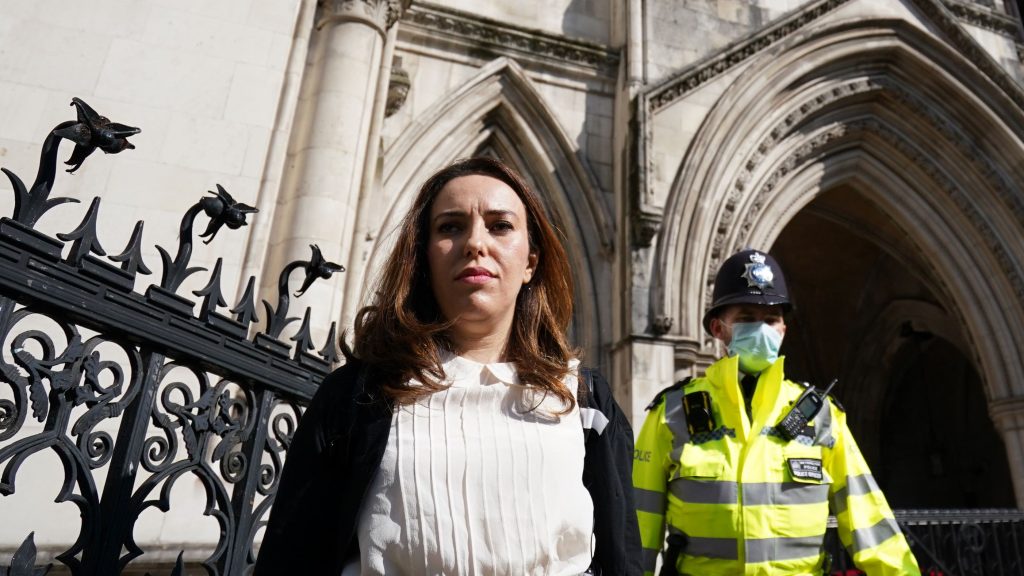 Julian Assange’s partner has described him as “an innocent man accused of practising journalism” as she arrived at a legal hearing which will see the US government challenge a judge’s decision not to extradite him to the US on espionage charges.

Stella Moris, who has two children by Assange, stood in front of the steps of the High Court and told his supporters: “The US government is exploiting the inherently unfair arrangement between the US and the UK.

“They are exploiting the inherently unfair extradition arrangements with this country in order to arbitrarily prolong his imprisonment. The imprisonment of an innocent man accused of practising journalism.”

The US government is appealing against a decision in January not to extradite the WikiLeaks founder to face espionage charges in the US.

Last year, district judge Vanessa Baraitser ruled that Assange should not to be sent to the US, citing a real risk of suicide.

Assange has been held in Belmarsh Prison since 2019 after he was carried out of the Ecuadorian embassy in London by police after being arrested for breaching his bail conditions.

Moris, who visited Assange at Belmarsh Prison on Tuesday, added: “For every day that this colossal injustice is allowed to continue, Julian’s situation grows increasingly desperate.

“He won the case against the US government seven months ago, yet he remains in Belmarsh Prison – what is this, if not punishment by process?”

She added: “Yesterday, Julian and I were permitted to embrace for the first time in 17 months – throughout my visit in Belmarsh I held his warm hand.

“Julian has been denied the love and affection of his family for so long.

“Julian and the kids will never get this time back. This shouldn’t be happening.”

Former Labour leader Jeremy Corbyn also joined protesters in front of the High Court ahead of the preliminary hearing.

He said: “The United States seems to have a sort of obsession with people who uncover the truths about US military presence around the world.

“I think they should wind their necks in and let Julian Assange go.

“I hope the court today gives a very clear signal that they will not allow the appeal by the United States and that Julian Assange will be allowed to go free.”

He was applauded by protesters who later shouted “free Julian Assange” and “jail the war criminals” to the sound of a beating drum as uniformed police looked on.

Wednesday’s High Court hearing is expected to be a further application by the US authorities to expand on the basis that can be used to appeal against the decision not to extradite the 50-year-old.