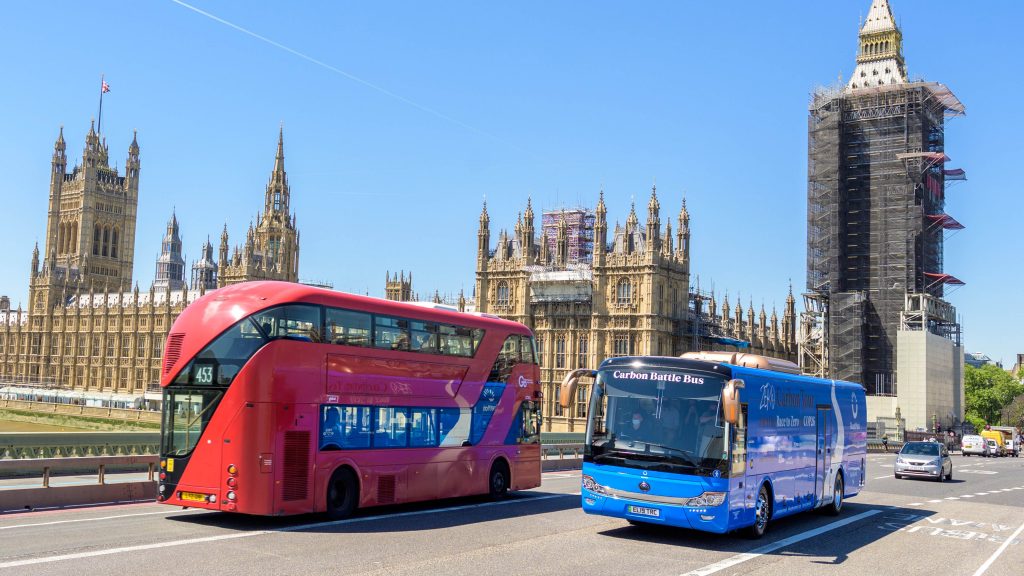 Only a tiny fraction of this year’s Budget was for new policies to tackle climate change – with much more focused on measures that could push up emissions, analysis finds.

Fiddling while the world burns

A new Budget tagging tool from environmental charity WWF warns the government is not delivering on its climate promises – such as cutting emissions by 78% by 2035 and to zero overall by mid-century.

Figures from the new tool, which is being developed to assess if financial flows are consistent with reaching the “net zero” goal by 2050, show that new climate tackling policies and announcements in the March Budget equate to only £145m. Measures in the Budget that could push up emissions, such as the freeze on fuel duty and the “super deduction” for capital allowances that could support polluting investments, equate to £40bn, the tool suggests – a figure significantly greater than what’s being spent on pro-climate measures.

The government’s climate advisers estimate investment of 1% of GDP a year from the public and private sector would deliver the transition to net zero. The policies announced in 2021 were worth just 0.01%, WWF said.

A government spokesperson said the analysis failed to recognise the £12bn already pledged at the recent spending review in support of its 10-point plan to drive a green industrial revolution in areas including greener buildings, transport ,and offshore wind. Added to what WWF uncovered, this would increase the amount spent to £12.145bn – a number that’s still significantly less than the £40bn identified as going towards anti-climate measures.

The report, from the UN’s Intergovernmental Panel on Climate Change (IPCC), warned that temperature rises would climb above 1.5C, beyond which the worst impacts of global warming will be felt, without rapid action to deliver deep emissions cuts. Net zero requires reducing emissions as much as possible and offsetting remaining pollution with measures such as planting trees.

The UK government is due to publish its strategy for this in autumn before it hosts the crucial Cop26 world summit aimed at driving action on climate change. But a growing row within the Conservative Party concerns how to pay for moves towards net zero such as shifting to electric cars and replacing gas boilers in homes with green heating.

WWF warns that delaying investment in a greener economy by 10 years would double the amount of money needed.

It also argues that introducing a “net zero test” to make sure all spending was in line with the move to a clean, decarbonised economy would unlock an estimated £90bn in annual benefits including green jobs, export opportunities, cosier homes, and more woodland and green space for the public.

Polling by YouGov for WWF reveals that two thirds of people (68%) are not confident the government will meet its commitments on climate change.

Clear majorities thought the government should provide funding to cover some or all of the costs to make homes greener, such as installing heat pumps, with nearly half thinking all the costs should be met for those on low incomes. Slightly more people (40%) thought it was better to increase spending on climate change immediately to help reduce costs – even if that means redirecting funding from elsewhere – compared to 37% who disagreed.

With nature in freefall and the climate in crisis, the clock is ticking for the planet, as the latest IPCC reports makes clear.

It’s not yet too late to prevent global warming from rising above 1.5°C – it is in our hands.

But to do that, the UK Government must play its part by keeping every climate promise it has made.

The latest Budget simply doesn’t add up to the cleaner, greener future we all want to see.

To turn things around, ministers must close the gap between their climate commitments and their spending plans, by adopting a net zero test for all government spending ahead of the UK-hosted Cop26 climate summit in November.