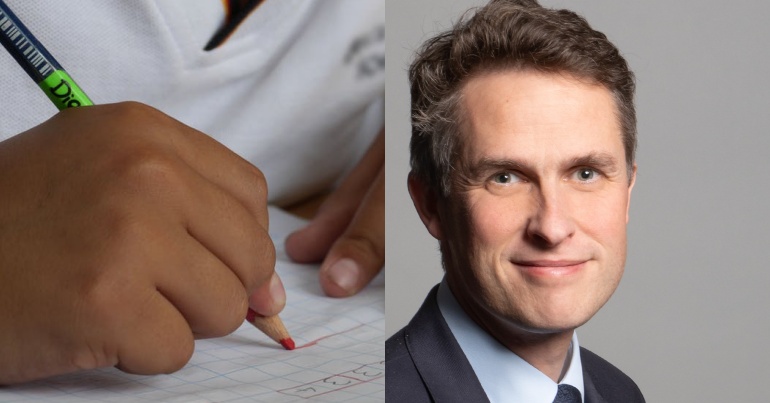 Education secretary Gavin Williamson is facing legal action following a letter he sent to schools on 28 May about “antisemitic incidents”.

The grassroots human rights organisation CAGE launched legal action against Williamson in a pre action letter on the 2 August. The legal action covers several grounds, including discrimination against Muslim students and breaching the Education Act.

Following the Israeli attack on the Al Aqsa mosque and assault on Gaza in May, many students took part in solidarity actions at schools. According to the letter before action:

These included flying the Palestinian flag, putting up ‘Free Palestine’ posters, fundraising for charities supporting Palestinian people, wearing symbols and emblems in support of Palestine and organising vigils and protests on school grounds.

CAGE has had “47 cases of students and teachers who were censured and sanctioned for such acts of solidarity”. Meanwhile Muslim Engagement and Development is dealing with 146 cases. With regards to the cases CAGE is dealing with:

the sanctions imposed by schools included verbal warnings, physical interventions (such as removing posters/banners from students), detention, suspension, exclusion, referral to Prevent and involvement of the police.

Williamson tweeted the letter that he sent to schools:

I have written to headteachers today, following the concerning increase in antisemitic incidents in schools.

Discrimination and racism in any form should never be tolerated in education or in wider society. pic.twitter.com/bGz7a9PXqe

CAGE asserts that the letter amounts to “censorship of political dissent in schools” and discriminates against students by infringing their right to freedom of expression. CAGE also claims that the minister’s advice also leads schools to violate their legal duty for impartiality.

This case will seek to establish that it is not the function of the executive to choreograph political discussions within schools in the manner of autocratic regimes. This violates the tradition and legal requirement of impartiality that has been the bulwark against state propaganda. We should respect the experience and judgment of school leaders and not politicians seeking to foment “culture wars”.

Rabbani said that it comes down to freedom of speech:

Muslims and others across the globe have expressed their solidarity with the people of Al-Aqsa, those facing forced dispossession of their homes in Sheikh Jarrah and the besieged Gaza strip. In response the government has sought to censor discussions in classrooms and exert control over any political activity in schools. This is, fundamentally, a matter of freedom of expression.

Fahad Ansari, solicitor and director of Riverway Law leading on the judicial review says the letter attempted to justify reprimanding of Muslim students in schools:

The instruction issued by the Secretary of State has had the effect of not only stifling the legitimate political views of muslim students in schools across the country, but also justifying their securitisation for simply demonstrating solidarity with the victims of Israeli apartheid.

Education and action on all forms of racism in our schools is needed. The British education system has a track record of ignoring racism in schools. Williamson’s concerns echo a report from 2015 that stated that two thirds of secondary school children didn’t know what antisemitism was. This lack of awareness and education is just one example of how racism has been continuously ignored by the education system.

But there is also a much wider issue. Because while Williamson’s letter raises concerns about antisemitism many other forms of racism have been continuously ignored.

28,524 of those were not reported to councils – information which schools can report to receive support. However the true number of cases is unknown. That’s because in 2012 the government advised schools that they had no legal duty to report racist incidents to local authorities.

What should be of great concern to Williamson is the growing amount of racism cases in UK schools.The Guardian recently published an online database documenting racism complaints in schools across the UK: 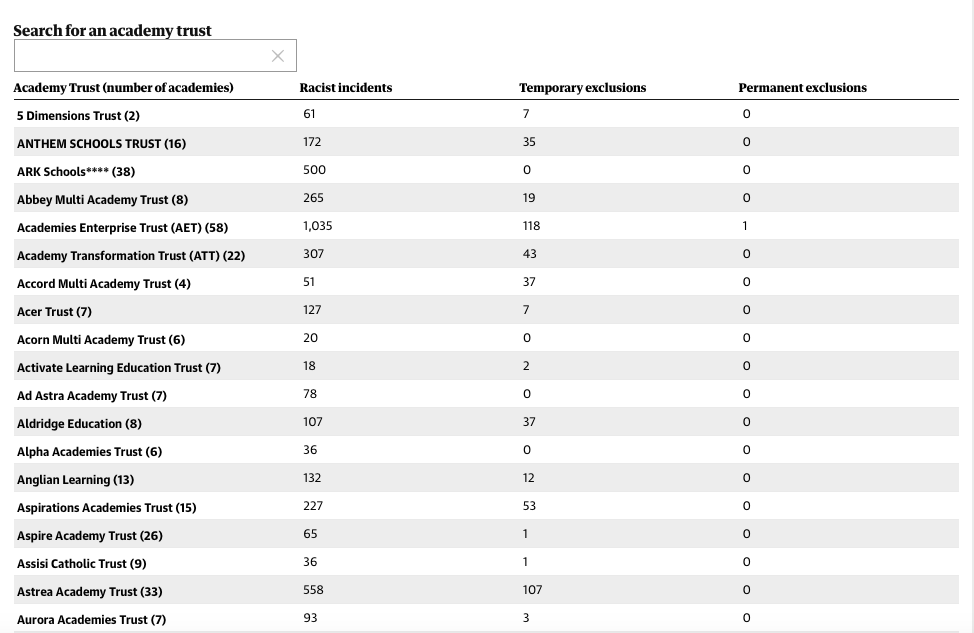 While the database doesn’t breakdown the types racism in the complaints, the sheer amount of them shows that institutional racism urgently needs addressing in UK schools.

We asked the Department for Education (DfE) whether it had written letters about its concerns for other types of racism in schools similar to the one Williamson wrote to headteachers. The DfE did not provide us with any letters.

In fact the DfE appears to have failed to issue any official guidance on racism: 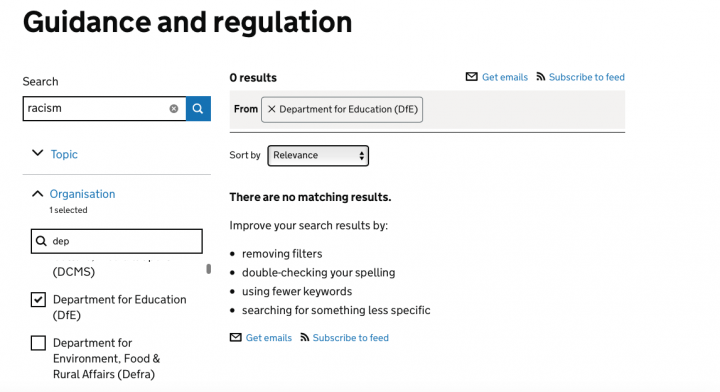 Williamson has also ignored a letter written to him about racism. In October 2020, Devon County Council wrote to the secretary of state to encourage him to try to ensure schools “capture the voice of children and young people and their responses to the Black Lives Matter movement”.

In February 2021, after receiving no response, councillor Claire Wright asked at a council meeting:

Does the cabinet member think it is acceptable for ministers to ignore Devon County Council on such an important subject, and given that racist hate crime had increased and the minister has ignored the motion, will you continue to press for the answer on this issue?

Despite not receiving support, let alone a response from Williamson, Devon council moved the motion and has described themselves as being “proactive” for pushing BLM in schools to provide students with a safe learning environment.

Meanwhile, in March 2020, the teacher’s union, NASUWT, wrote to Williamson asking for guidance in dealing with increased racism due to coronavirus.

Unfortunately, schools and colleges are not exempt from the associated xenophobic and racialised stereotyping of Chinese and other east Asian people. NASUWT is urging the Department for Education to communicate with schools and provide guidance and support for school leaders.

Given the lack of guidance shown on the DfE site, it appears this guidance was never given.

Another letter was sent to Williamson in July 2020. This open letter from “a group of black, Asian and minority ethnic academics, students, professional support staff (and our allies) who work or have recently worked in UK higher education” set out clear requests to tackle racism in higher education.

While the DfE reminded The Canary that schools must legally remain politically impartial and not promote partisan political views, some organisations has stated, it’s not as simple as that.

The Board of Deputies of British Jews issued advice for teachers and school leaders stating that conversations surrounding Israel should not be suppressed in schools:

Discussions about the conflict between Israel and its neighbours can become highly emotionally charged, not least in learning environments where students may have a direct personal or communal connection to the parties in conflict.

However difficult, teachers should not fear or suppress conversation about this topic, as a developed political awareness is important to the development of children. Students may appreciate being given an opportunity to discuss this issue in a non-biased way.

We contacted the DfE regarding CAGE launching legal proceedings and about systemic racism in schools. They told us:

Antisemitism, like all forms of racism, is abhorrent and has no place in our schools. The Education Secretary wrote to schools to remind them of their responsibility to deal with antisemitic incidents with due seriousness, following a reported increase during the most recent Israeli-Palestinian conflict. The law is clear that schools must remain politically impartial. Schools must not promote partisan political views and should ensure the balanced treatment of political issues. We are developing further guidance to support schools to understand and meet their duties in this area.

Racism in all of its forms has reached alarming levels throughout institutions in the UK. While Williamson’s concern about racism in schools is welcomed, it is a pin drop in a much wider problem. Moreover, racism in schools cannot be addressed through censoring debate or policies that cause further racism through discriminating against Muslim students.