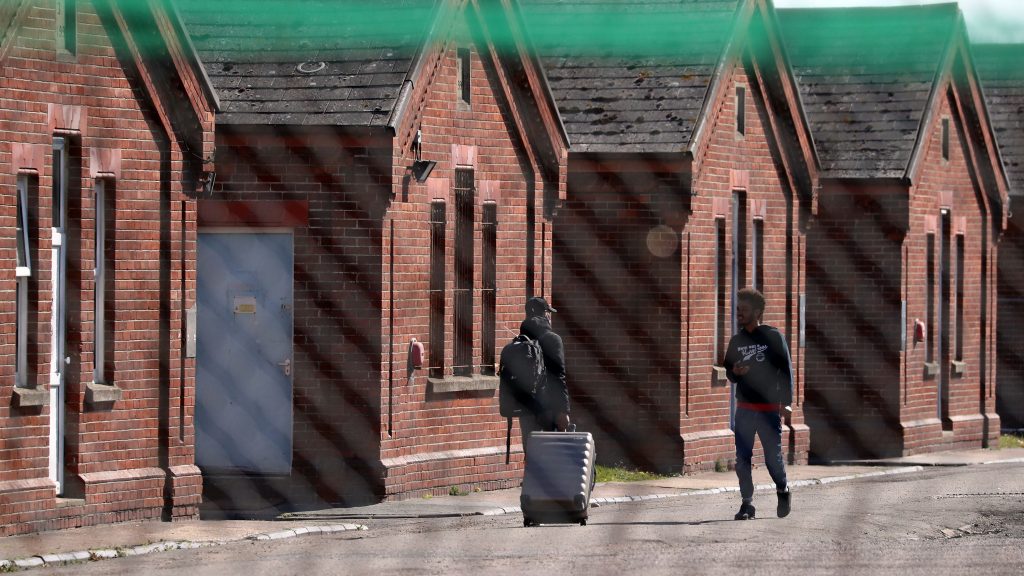 Cases of coronavirus (Covid-19) have once again been identified at a military barracks being used to house asylum seekers, several months after a major outbreak at the camp.

The Home Office said a “small number” of infections have been found at Napier Barracks in Folkestone, Kent. Nearly 200 people at the site contracted coronavirus earlier this year, leading to accusations that health advice had been ignored.

The site has been dogged by allegations of poor conditions in communal dormitories, with inspectors describing an isolation block as “unfit for habitation”. Despite all evidence to the contrary, the Home Office said on 12 August that it would be an “insult” to suggest that Napier Barracks is not “adequate” for asylum seekers.

The department confirmed that those who tested positive have been removed from their dormitories but could not say if others are self-isolating.

All appropriate Covid protocols are being followed in accordance with Public Health England advice to manage the small number of cases currently at Napier Barracks.

While pressure on the asylum system remains, we will use Napier Barracks to ensure we meet our statutory duty.

Last month, home secretary Priti Patel and Home Office officials defended their decision to continue using the site to MPs as they confirmed that half of the people living there are sleeping in dormitories. Questions have also arisen in recent weeks about the future of the Ministry of Defence-owned site, with MPs and peers told it could be used to house asylum seekers for “another couple of years”.

The Canary has reported extensively on the “squalid” conditions at Napier Barracks, including interviews with former residents of the facility.