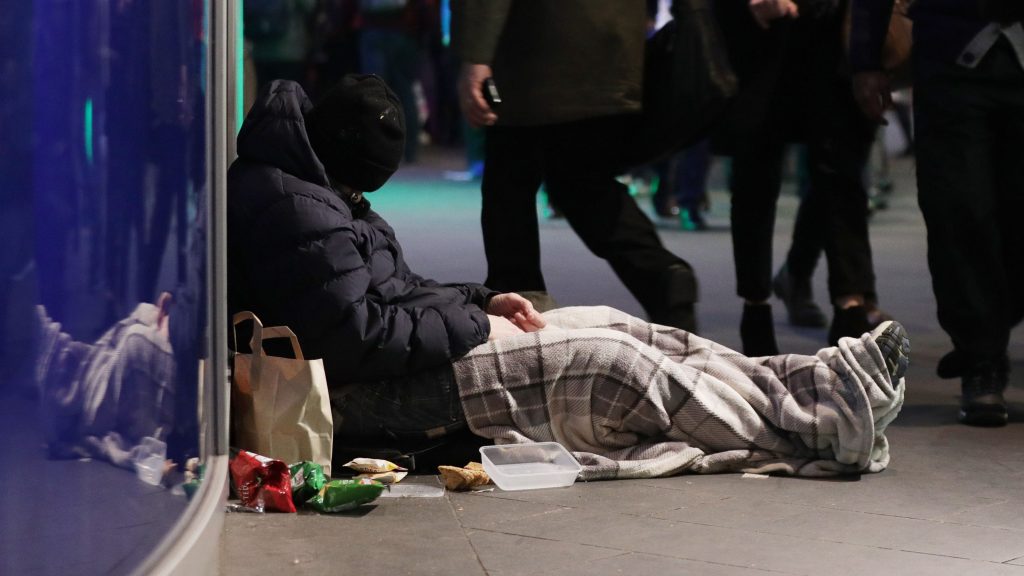 Campaigners and cross-party MPs are calling for the Government to scrap an “antiquated” law that the housing secretary said should be abolished six months ago.

Robert Jenrick told parliament in February that the Vagrancy Act’s “time has been and gone” and the “antiquated” law should be “consigned to history”.

The 19th-century law criminalises people for rough sleeping or begging, with anyone prosecuted facing a fine of up to £1,000 and a criminal record.

Critics say the “cruel” law drives vulnerable people further away from support, and people should not be punished for being homeless.

Last year there were 573 Vagrancy Act prosecutions in England and Wales – the equivalent of just over 10 people a week – according to the latest Ministry of Justice data.

The majority were for begging, with the remainder for being in an enclosed space without permission.

Data for the last six months is not yet available.

Crisis chief executive Jon Sparkes said the homelessness charity was encouraged by Jenrick’s earlier comments but is disappointed that the “offensive and counterproductive law” remains in place.

He said: “We all agree that the cruel, unnecessary Vagrancy Act should be scrapped but it’s still being used week in, week out with devastating consequences.

“Fining people who already have next to nothing is pointless and just drives people further away from support, often keeping them on the streets for longer.”

Crisis campaigner Dayne Dougan was repeatedly told to move on when he was homeless as a teenager up to the age of 24.

He said: “The Vagrancy Act made the police the enemy, rather than a source of help or protection.

“We can get rid of this outdated law now and make the lives of homeless people just a tiny bit better.”

Nickie Aiken, Conservative MP for the Cities of London and Westminster, said a “far superior option” to the Vagrancy Act is to address why people are on the street in the first place.

She said: “We should replace our current approach with a new vision that places the preservation of life at its core through assertive outreach, alongside health care and specialist support services, particularly to address mental health and addiction issues, all attached to accommodation.”

Layla Moran, Liberal Democrat MP for Oxford West and Abingdon, called for a compassionate approach to homelessness, adding that the Act is a “cruel, Dickensian law”.

A Ministry of Housing, Communities and Local Government spokesperson said: “The Government is clear that no one should be criminalised simply for having nowhere to live and the time has come to reconsider the Vagrancy Act.

“Work is ongoing to look at this complex issue and it is important that we look carefully at all options. We will update on our findings in due course.”