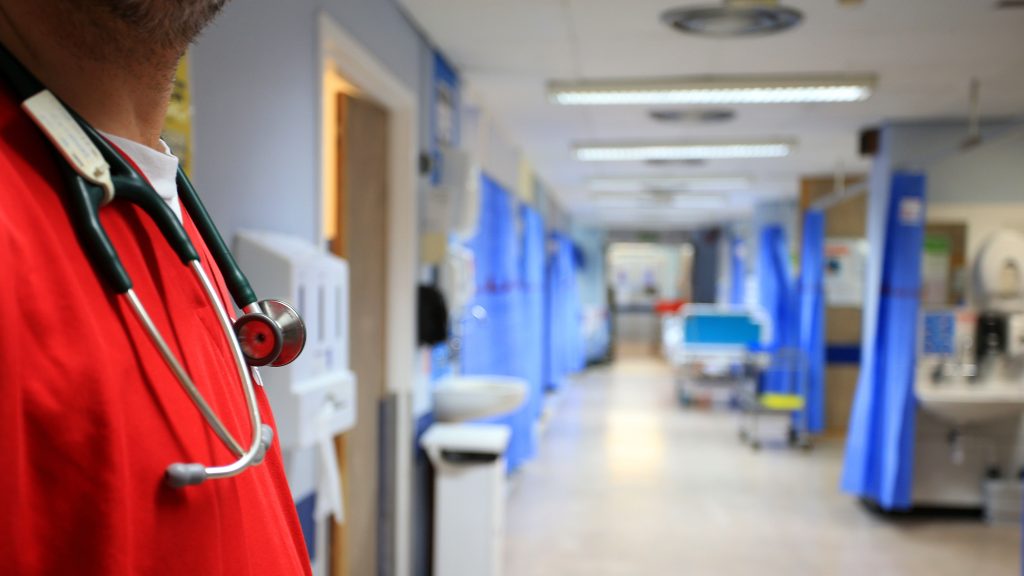 The number of people on NHS waiting lists in England is at a new record high. And health service leaders warn that the system is buckling under pressure.

Data from NHS England shows 5.8 million people were waiting to start treatment at the end of September. That’s the highest number since records began in August 2007.

It came as the NHS Confederation warned that hospitals are facing intolerable pressure even before the full impact of winter. Meanwhile ambulance trusts are failing to get to 999 calls on time, leaving some people with no care for hours.

All ambulance trusts in England are currently on a high level of alert and are under significant strain.

They’re missing targets for responding to calls, with the longest average response times since current monthly records began in August 2017.

The latest data for October shows that the average response time for ambulances dealing with the most urgent Category 1 incidents was nine minutes and 20 seconds. That’s compared with a target of seven minutes. Category 1 incidents are defined as life-threatening illnesses or injuries such as a cardiac arrest.

Ambulances in England also took an average of 53 minutes and 54 seconds in October to respond to Category 2 calls i.e. burns, epilepsy and strokes. This is up from 45 minutes and 30 seconds in September, and nowhere near the 18-minute target.

Meanwhile response times for ‘urgent calls’ averaged three hours, nine minutes and 58 seconds. These can be for late stages of labour, non-severe burns and diabetes.

This is up from two hours, 35 minutes and 45 seconds in September. And again it’s the longest average since current records began.

NHS England said 999 services had their busiest ever month in October as staff answered a record 1,012,143 calls.

It also said major A&Es treated more than 1.4 million people during October. This was the highest ever for the month and third highest of all time.

With the highest number of 999 calls ever answered for a single month, the busiest October on record for major A&E, and the rollout of boosters as part of the successful NHS vaccination programme, there is no doubt pressure on the health service remains incredibly high…

Increasing numbers are coming forward for treatment and this is expected to go up, but it remains really important people do not delay seeking help from the NHS if they feel unwell.

“The health and social care secretary says the NHS is not under unsustainable pressure, but NHS leaders are clear that we have reached a tipping point,” our CEO @FRSAMatthew warns today.https://t.co/DXArmkd2D5

Earlier, Matthew Taylor, chief executive of the NHS Confederation, said that health leaders found the situation they now face “unsustainable”. A survey of more than 450 leaders across all parts of the health service found nine out of 10 felt this way. They also felt that patient care is being compromised.

Tim Gardner, senior fellow at the Health Foundation, said of the new data:

With waiting lists at an all-time high, millions of patients and staff are feeling the impact of a health system struggling to cope with demand.

The Government has said that the NHS is under ‘sustainable pressure’, but it would be extraordinary to look at what’s happening in the NHS right now and claim that it is sustainable.

There are multiple factors which are already impacting patient care – delays to cancer treatment and routine operations, record high waits for ambulances and in A&E, high demand for GP appointments and an overstretched workforce exhausted by the pandemic – all of which are reflected in today’s figures.

That we are facing pressures this significant before we have reached the peak of winter is concerning, particularly as cases of seasonal viruses and rising staff absences are likely to add further pressure.

“Their lives are effectively on hold”

Commenting on the long waits for surgery, Fiona Myint, vice president of the Royal College of Surgeons of England, said:

Lengthening delays and cancellations are becoming a source of frustration for patients in constituencies across the length and breadth of the country.

Their lives are effectively on hold, waiting for planned surgery on hips and knees.