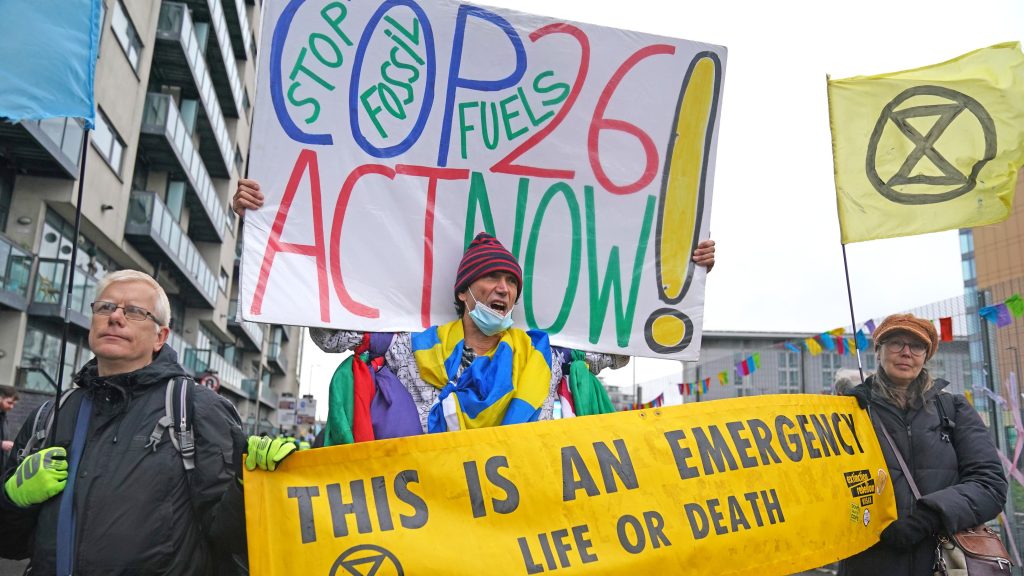 Activists from around the world have taken to the stage at COP26 for a “People’s Plenary” session.

The COP26 Coalition organised the event on Friday, with one of the UN climate conference’s halls filled with hundreds of representatives from civil society groups.

A number of protests are due to take place on the final scheduled day of COP26, though the summit is expected to overrun into the weekend.

The activists at the People’s Plenary are due to march from within the blue zone to meet other groups, who are gathering outside.

A rally is expected to take place in Finnieston Street outside the venue in the afternoon.

One of those speaking at the People’s Plenary was Ta’Kaiya Blaney, an indigenous activist from Canada.

Myself and others have been criminalised by our government.

Mary Church, of Friends of the Earth Scotland, said the meeting was to express “deep frustration” with the climate summit.

We are hurtling ever closer to reaching the critical 1.5C threshold.