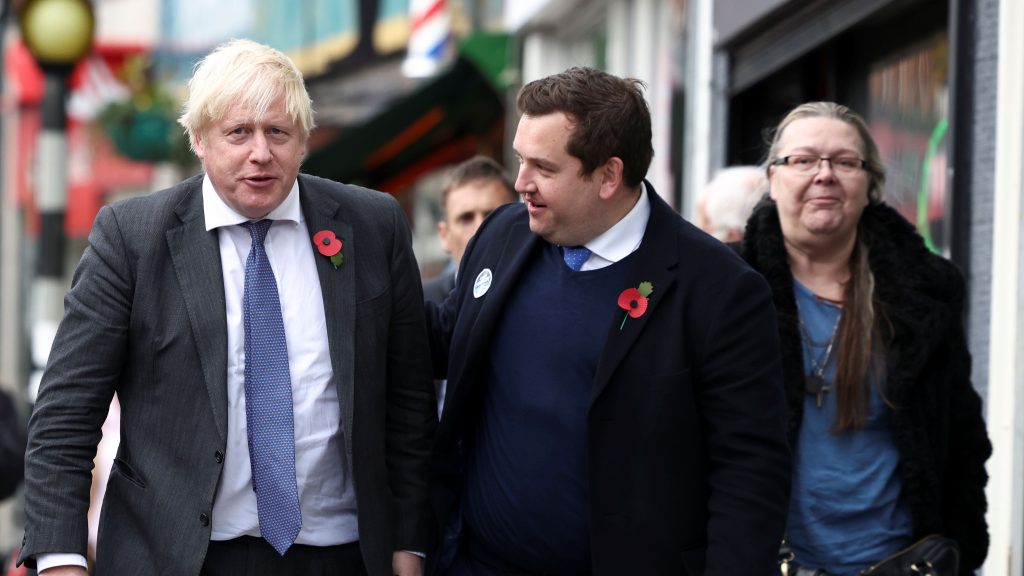 Voters are shifting support away from the Tories, while two-thirds consider the governing party “very sleazy” amid a flurry of negative headlines, according to new polling.

A poll by Savanta ComRes for the Daily Mail put Labour six points ahead of the Conservatives. It’s a sign that recent revelations about MPs’ second jobs and the handling of the Owen Paterson affair could hurt Boris Johnson’s party at the ballot box.

The results are based on a survey of more than 2,000 people in the UK, conducted on Thursday and Friday. They showed the Tories have dropped four points and Labour climbed five since a similar poll a week ago,

On behalf of the Daily Mail

YouGov polling published on Friday 12 November and carried out this week also suggested the Tories had lost their lead. Its findings put Johnson and Keir Starmer’s Labour Party neck and neck on 35% of the vote share.

The polling, published in the Times, found two-thirds of voters viewed the Tories as “very sleazy”. This came following Paterson’s resignation and revelations about MPs’ second jobs and homes.

A separate survey by Redfield & Wilton Strategies on Wednesday 10 November put Labour two points ahead of the Tories.

The findings come after the government attempted to rip up the current Commons standards system to delay former Tory cabinet minister Paterson’s suspension for breaking lobbying rules. This was alongside revelations that former attorney general Geoffrey Cox voted by proxy while offering legal services in the Caribbean.

The public cares about ethical standards

Speaking before the Savanta ComRes’ results were published, the prime minister had rejected suggestions the corruption allegations being levelled at his party could be reflected at the ballot box in forthcoming by-elections.

Johnson visited Sidcup on the afternoon of Friday 13 November. Voters there will elect a new MP in December after the death of former security minister James Brokenshire.

The Conservative leader insisted the strength of the local candidate meant voters would back the Tories in the 2 December race. However, Johnson said he did not “underestimate the vital importance” of MPs refraining from engaging in paid advocacy.

Tory MP James Sunderland admitted the ‘sleaze row’ had divided his party. And he said that it had provided Labour with an opportunity to gain ground.

Speaking at an event at University College London, chairman of the Committee on Standards in Public Life Jonathan Evans said:

The past week has shown that standards do matter to the public. Ethical standards are important for making democracy work. The public does care about this

This is a point that recent polling surveys appear to bear out. Evans said the saga involving former Tory MP Paterson, which kicked off the current focus on standards, had created “a huge wave of concern”.

Paterson opted to resign as MP for North Shropshire after 24 years, teeing up another December by-election. He resigned after the government U-turned on its standards reforms when opposition parties made clear they would not support them.

The botched handling of the affair has since thrust how much time and money MPs raise from second jobs back into the spotlight, along with scrutiny of second home arrangements.

The Times reported 14 MPs were taking advantage of a loophole in the parliamentary expenses scheme. This meant they can let their homes to tenants and then claim expenses for rent on a London property to live in.